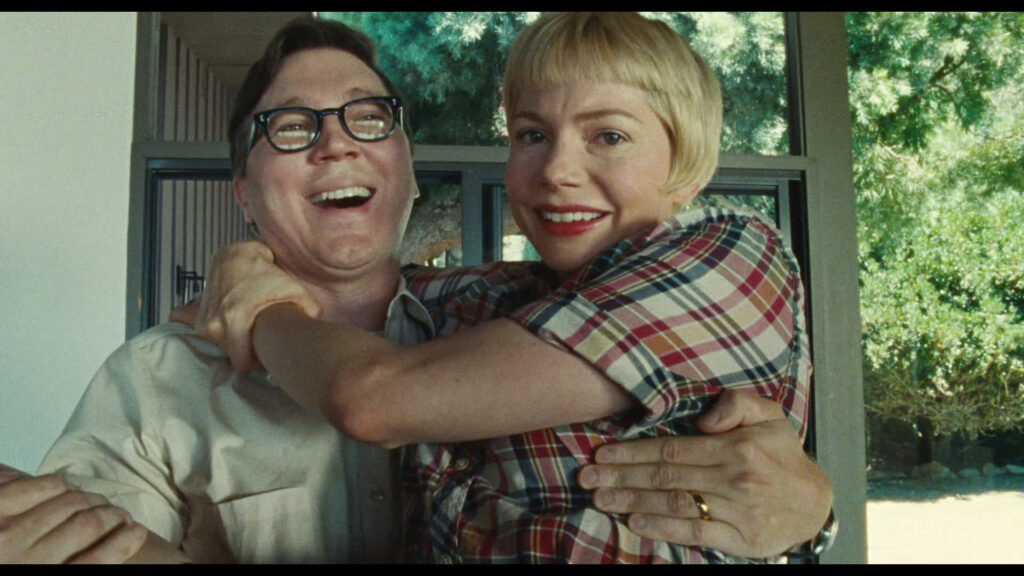 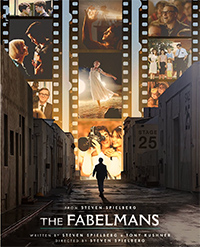 Considering this picture, Kenneth Branagh’s Belfast from last year, James Gray’s recent Armageddon Time, and the forthcoming Bardo and Empire of Light,  there’s no doubt we’re catching a wave of senior filmmakers mining their childhoods for feature material. A trend of memoir films is odd, but it’s legit, though the potential for splashy sentiment is high. Spielberg’s certainly been guilty of going mawkish in the past, and this autobiographical story of a Jewish American family in the 1950s and ’60s doesn’t entirely escape that fate, but it’s also frequently a warm and touching family drama. 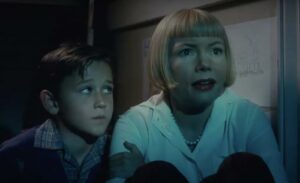 Patriarch (Paul Dano) moves from New Jersey to Arizona to California as his computer engineering career grows, dragging his wife (Michelle Williams), four kids (including a boy, Sam, Spielberg’s avatar played by Gabriel Labelle), and his best buddy and colleague, Bennie (Seth Rogan), along with him. (With Williams and Rogan back on screen together it’s a Take This Waltz reunion!)

The first half of the film details young Sam’s obsession with filmmaking and his growing understanding of the fragility of his parents’ marriage.  This is where we get the most frequent nods to other films Spielberg has made. While it’s not nearly as flagrant as, say, Ready Player One, which felt more like, “Hey, look at my best movies!” but nobody could miss the light from under the closet just like in ET, or the resemblance of the Fabelmans to the family in Close Encounters, or how Sam’s dusty war picture and the unexpected appearance of a monkey recalls any number of Indiana Jones pictures. 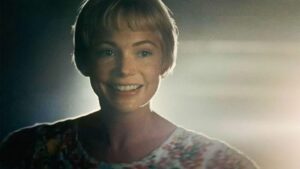 All of this is fine — and Williams is especially good here — but there’s nothing essentially special about this part of the story. The kid has a passion and his mom might be having an affair — so what? This doesn’t feel like particularly high stakes. A Judd Hirsch cameo is almost embarrassing in how broadly it’s played — Uncle Boris explains to Sam that committing yourself to a life in art means sacrifice. So far, this is an average episode of a sitcom. 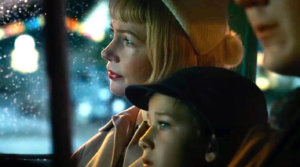 Things improve mightily in the second half when the picture becomes a teen movie. Focusing on Sam’s high school experience it picks up some of Spielberg’s West Side Story energy. Now in California, Sam has to navigate antisemitic lunkheads and the attention of an attractive Jesus-loving classmate. 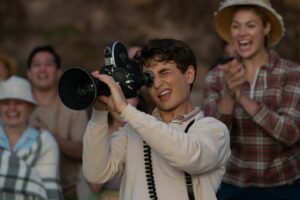 I sort of wished the picture had just focused on this portion of the director’s life and maybe excised much of the first chapter, though I understand how what we learn about the family early on informs the emotional impact in the final act. 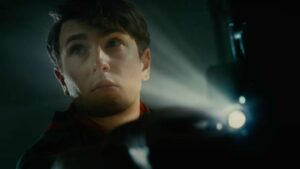 You can enjoy The Fabelmans simply as a Jewish family comedy/drama — or even as an apologia for divorce — though whether it makes a lasting impression might depend on how much you can relate to a coming-of-age tale about someone finding filmmaking as a kind of escape from his family’s problems. 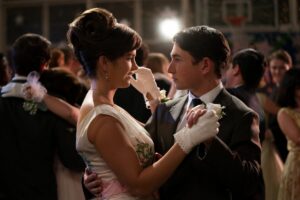 There is no doubt, especially with his frequent collaborator Tony Kushner (Lincoln) on board. that Spielberg’s really invested in this material — a lot more so than some of his recent output, including the so-so Bridge of Spies  and anemic The Post — and by the movie’s end, eventually, so was I.