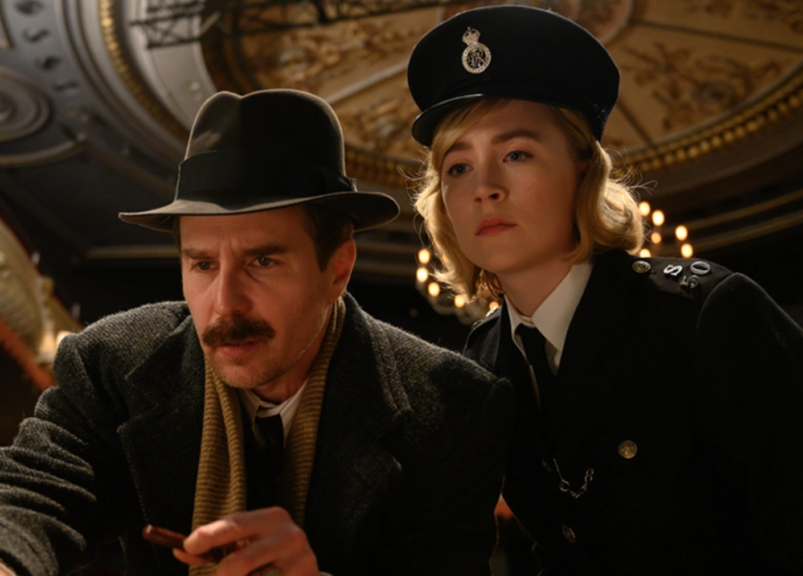 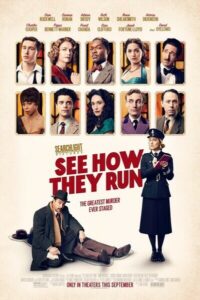 What we have here is an entirely self-aware, tongue-in-cheek, Agatha Christie-dragging whodunnit, stuffed with a delightful cast who completely understand what kind of movie they’re in and swing for the fences. Accordingly, See How They Run is a delightful Sunday afternoon movie, and I say that with all due respect. I love watching a movie on Sunday afternoon, something entirely entertaining and escapist that doesn’t make me feel too sad that the weekend is drawing to a close. 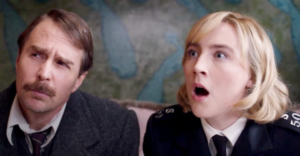 The self-aware part of this is locked in by the introductory voice-over from film director Leo Kopernick (Adrien Brody, unmistakable), who gives us the bottom line on murder mysteries, “If you’ve seen one, you’ve seen them all.” He reminds us that a passel of suspects are all introduced early,  the least likeable character is knocked off and the culprit could’ve been any of the others. He says he shoulda seen his own murder coming because he’s probably the biggest jerk around. 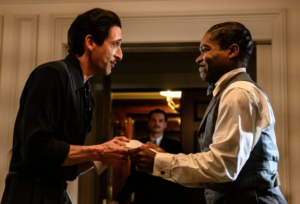 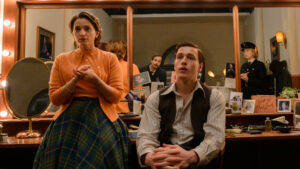 Into this crowd of showbiz people strolls the perpetually soused Inspector Stoppard (Sam Rockwell, just barely attempting an English accent) and ambitious but inexperienced WPC Constable Stalker (Saoirse Ronan, going full Irish for once). As they interview the suspects all over London’s entertainment district, neophyte detective Stalker is prone to jumping to conclusions, despite Stoppard’s warnings. One of those conclusions is that Stoppard himself might have motive to murder the director. 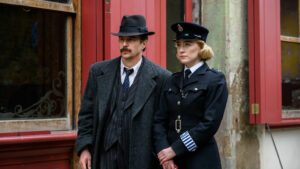 The self-consciousness could be irritating — flashbacks are badmouthed during flashbacks, the film’s finale is set-up during a script meeting for The Mousetrap in the first act — but the characters are so likeable and the pacing is practically breathless. You never get too bothered by any broad reach before being whisked away by the next revelation, the next clue, or the next gag. 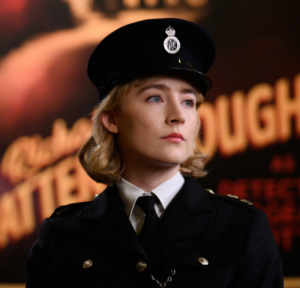 The movie also about more than who killed the director, it’s about storytelling itself; who gets to tell people’s truth, and how. It’s a pleasant surprise it has this extra subtext, though the picture doesn’t need it to be a good time.