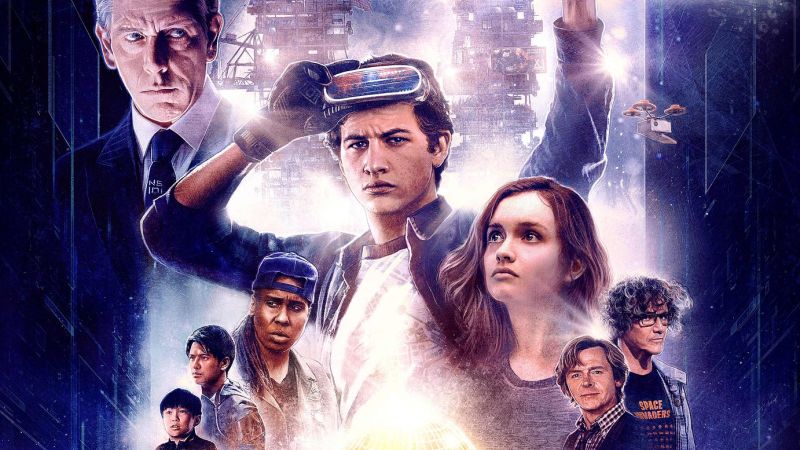 Directed by Steven Spielberg | Written by Ernest Cline and Zak Penn, based on Cline’s novel | 140 min 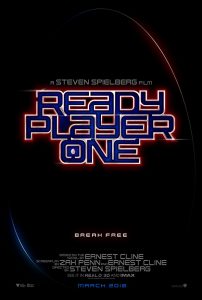 I never finished the book and thought the trailers looked awful. That poster with the guy and the super-long-leg was terrible. Ready Player One arrives with not a lot of good buzz and, accordingly, no one is more surprised than I am that it’s actually a lot of fun.

Maybe I shouldn’t have been shocked. Steven Spielberg is one of a handful of American directors with decades-long careers who (arguably) are still delivering quality work more than 30 years from their 1980s heyday. Maybe Robert Zemeckis or Joe Dante could’ve taken a swing at this, but Spielberg is the giant who towers over all others. He keeps a lot of balls in the air here, delivering delight for the eyes and light enough touch on the story that it isn’t overwhelmed by all the self-referential silliness.

It’s set in 2045 in Columbus, Ohio. Wade (Tye Sheridan) lives in The Stacks, a towering trailer park. In order to escape from their poverty, everyone’s into VR, and everyone congregates at The OASIS, the virtual playground and fantasyland invented by Halliday (Mark Rylance). Anything’s possible there. You can surf giant waves, vacation on distant planets, but it seems most people are into 1980s culture and video games, Halliday’s own obsessions before he died. He also recorded every moment of his adult life, saving it all in a public archive. When he died, he left a challenge for all the gamers: find a series of keys, they’ll lead you to a hidden Easter Egg, which will give you control and ownership over The OASIS.

(Think it’s a coincidence this film opens on Easter…? Nah, me neither.) 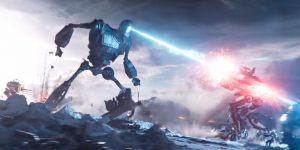 The OASIS is very dreamy, entirely CGI, and sometimes a little hard on the eyes—helped none by headache-inducing 3D. There’s an opening car race, which is impossible to win due to the presence of Spielberg’s own T-Rex towering over the track and King Kong waiting down the road. But Wade (actually, his avatar Parzival), driving a Back To The Future Delorean, figures out a way to win that nobody else has, not even the impressive Art3mis/Samantha (Olivia Cooke) on her Akira cycle, or Wade’s buddy, H (Lena Waithe), who is building an Iron Giant in a virtual warehouse. Or even Nolan Sorrento (Ben Mendelsohn, a go-to villain these days), the CEO of a corporate entity, Innovative Online Industries, interested in The OASIS’ secrets and a fan of online regulation. He controls a cadre of debt-indentured players called The Sixers, and a think-tank of nerd researchers. 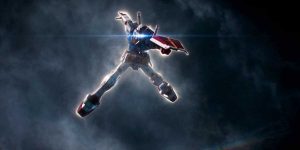 The plot is frenzied and caffeinated, flipping in and out of The OASIS as Wade and his buddies begin to make progress toward finding the Easter Egg and steer clear of Sorrento, this while the film indulges in all manner of 1980s references, from the pop music on the soundtrack to the film, TV, comic book, and video game culture of the era. My favourite references included Buckaroo Banzai and The Shining. Though it was great to see The Iron Giant, wasn’t that film from 1999? The deluge of knowing winks is playful and slightly giddy, but not so distracting that you can’t glide along on the fun Spielberg is having, dancing as fast as he can. 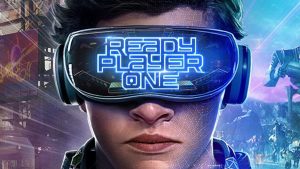 Maybe the most self-referential element here is Spielberg himself: He’s directing and editing the film the way it might’ve been made 35 years ago—with added anti-grav camera movements and digital wizardry. It’ll feel very familiar for fans of something like, say, The Goonies: There’s the group of plucky kids looking for a secret treasure, fighting the adult corporate stooge. We’ve got the overly sweet teen love connection that doesn’t really work,  the sharp, action-oriented editing, and Alan Silvestri doing an on-the-nose John Williams impersonation with the score. It’s a blast watching Spielberg cut loose, using eye-popping storytelling tools he hasn’t brought to bear in years. 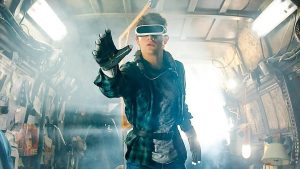 Does it all make sense? No, and the characterizations aren’t terribly original, but the plot barrels by at such a pace Ready Player One doesn’t give you much time to furrow your brow before another dazzling, candy-coated sequence comes around the corner.