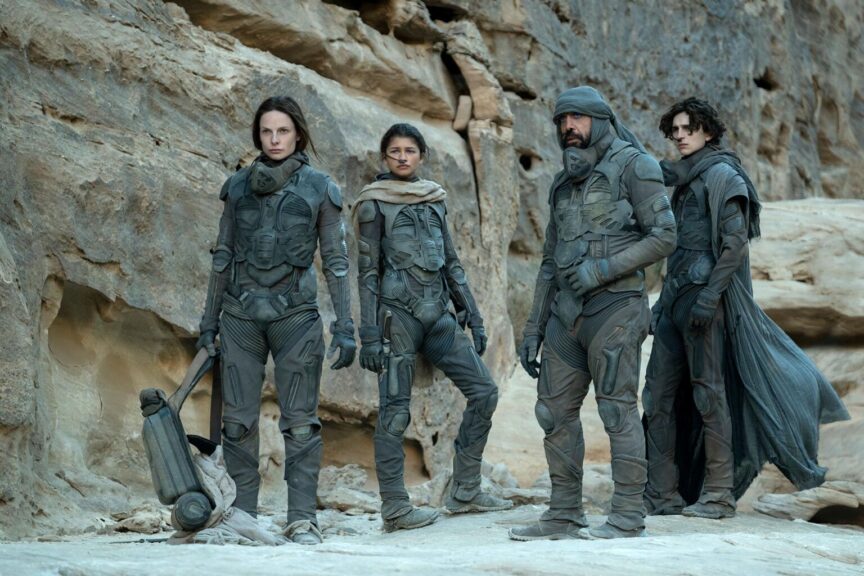 Directed by Denis Villeneuve | Written by Villeneuve, Jon Spaihts, and Eric Roth, based on the Frank Herbert book | 155 min | Crave Plus 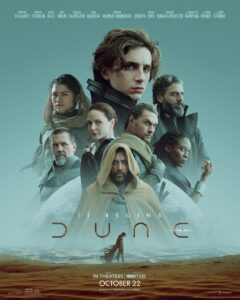 Oh, how we have waited for Dune.

Of all the 2020 features postponed by the pandemic, this is the one I was most looking forward to seeing, and seeing on the biggest screen around. At the IMAX on Thursday night I was finally fulfilled, and despite the massive expectations I wasn’t disappointed. While it’s not a perfect vision, Villeneuve’s Dune is the most immersive large-scale fantasy picture I’ve seen maybe since Mad Max: Fury Road, or Avatar, or even Lord Of The Rings: The Fellowship of the Rings. It’s not a movie you see, it’s one to experience. 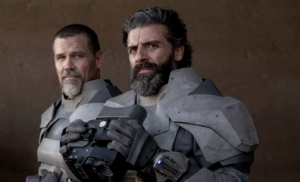 That’s largely due Villeneuve and his collaborators: cinematographer Grieg Fraser (Zero Dark Thirty), production designer Patrice Vermette (Arrival), and the almost ubiquitous composer Hans Zimmer, who just last week also scored the new James Bond movie and whose work since Inception, especially, has inspired a lot of big-budget blockbuster filmmakers. Once again he brings the big, booming score that, along with a terrific sound design, are so important to transporting us somewhere new and thrilling. 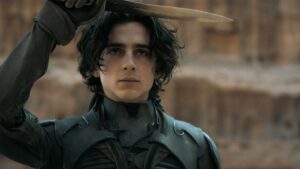 That’s what Dune does well — it transports.

Having read the novel more than 30 years ago I had little investment in the source material. I’ve only seen the much-derided — though I found it an entertaining mess — David Lynch adaptation from the early 1980s.

We start here with the handover of Arrakis, a desert planet known mostly for its rich resource of spice, “the most valuable substance in the universe,” essential for space travel. The new caretakers of the planet will be the House Atreides, a respected if militaristic family led by Duke Leto (Oscar Isaac), with his heir Paul (Timothée Chalamet) waiting in the wings. Paul’s mother, Jessica (Rebecca Ferguson), is a member of an interstellar coven of witches, and despite Paul being male she’s encouraging the development of his supernatural abilities. 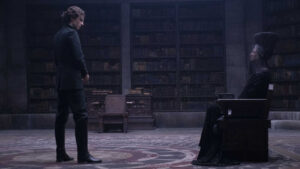 The transfer of power and Arrakis’ resource mining materials are done via the Emperor’s functionaries (including British musician/actor Benjamin Clementine), but the Duke’s weapons master, Gurney Halleck (Josh Brolin), recognizes this will provoke conflict with the Harkonnen, the previous masters of Arrakis (led by the Baron, played by Stellan Skarsgaard, bringing a Marlon Brando in Apocalypse Now vibe, and his nephew, played by Dave Bautista). 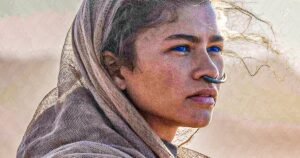 Meanwhile, Paul keeps having dreams (of a possibly precognitive nature) of a woman (Zendaya) on Arrakis. She’s one of the Fremen, the planet’s indigenous population who live in the desert and ride the monstrous sand worms.

This is a terrific cast, and I haven’t yet mentioned Jason Momoa as Duncan Idaho, the House Atreides greatest warrior and ranger — he’s having more fun than anyone here — with support in smaller roles from Javier Bardem and Charlotte Rampling. 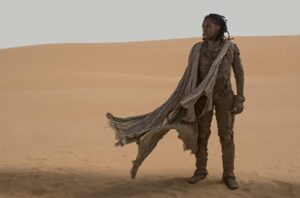 The first act is largely the introduction of the many puzzle pieces shifting around the board. Villeneuve serves up one massive landscape and jaw-dropping set after another — enormous fleets of ships, gorgeous people draped in fascinating robes and frocks, all gathered in exquisitely lit chambers whispering about power, duty, and heritage.

By end we switch to heavy action — more insectoid aircraft, blade fights, and worm signs — though the pacing suffers a little in the final stretch. And hopefully this is the final film to use the Jordanian Wadi Rum locale for awhile, which since The Martian, Prometheus, and Star Wars: The Rise of Skywalker is as familiar as my own back yard.

What was especially remarkable about the in-cinema experience for Dune was how quiet the audience was around me. Not a single crunching popcorn or rustling bag of sweets. We were hypnotized. 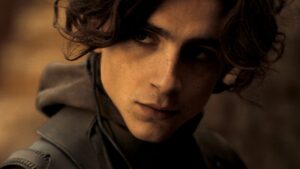 I am still wondering about the ability of Chalamet to carry this massive picture and a presumptive sequel — the filmmakers chose to only adapt the first part of the book. More than one character remarks on Paul being so young. While he’s forced by circumstance to grow up quickly, Dune is less a coming-of-age story than a hero’s journey. I’m not entirely convinced the boyish actor is convincingly embodying said destiny. 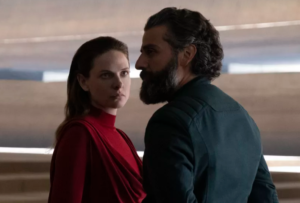 Speaking of that narrative, what is Dune really about? With the truncated tale ending mid-stride — which is bound to be frustrating for some — it’s a little hard to tell. Is it about respect, allyship, and a long-delayed  collaboration and sharing of resources between settlers and indigeneity,? The other prospect is a lot more unpleasant to contemplate — the whiff of the white saviour, colonial nostalgia, or orientalism.

I’m hopeful the film series is on the right course. What is clear is Villeneuve’s orchestrated a wildly ambitious space epic, with so much going on that’s jaw-droppingly impressive. I look forward to seeing  Part Two.