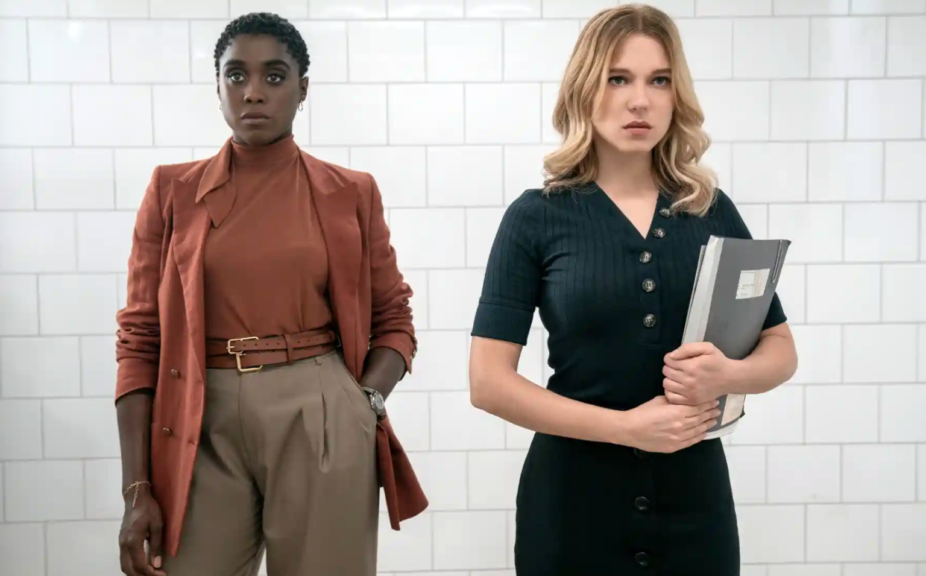 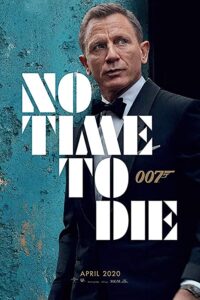 The original poster with the original opening date, 18 months ago. Covid sucks.

It’s finally here after more than a year of delays, the last James Bond 007 movie starring Daniel Craig, even though Craig infamously said he’d rather “slash his wrists” than play the part again after 2015’s Spectre. That was the fourth movie in what’s proven to be a largely successful updating of the super-spy mythos, dragging the world’s best known secret agent into the 21st Century and somehow making him relevant and exciting to a modern audience. 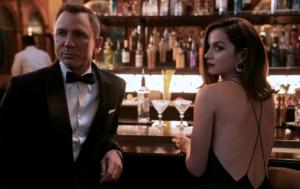 The filmmakers have delivered a fitting final chapter for this particular Bond, though one that deviates so much from the  franchise formula established over 25 films when the credits roll you might barely recognize what you watched as a James Bond movie. The narrative risk-taking is impressive, often entertaining, even moving in places, but as good as it sometimes is this last run as Bond for Daniel Craig doesn’t quite stick the landing.

The pre-credit opening sequence first takes us back to a terrifying childhood encounter between the villain of the piece, the creatively named Lyutsifer Safin (Rami Malek), and Madeleine Swann (Léa Seydoux), James Bond’s love interest who returns after the events of Spectre. Her reappearance should cue you to the key role she plays. Then we’re off to the ancient town of Sassi di Matera in southern Italy where Swann and Bond are off the grid and enjoying life away from megalomaniacal baddies and their lot, but when he goes out of his way to put a key bit of his past to rest he’s interrupted by one of those enemies. Cue a terrific action sequence and the first of the movie’s many heavies, Primo (Dali Benssalah), who sports a cybernetic eyeball. 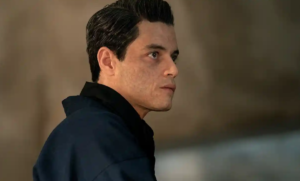 Flash-forward five years and Bond is still retired, though no longer with Swann. His old CIA company pal Felix Leiter (Jeffery Wright) tracks him down in Jamaica to recruit him on a special job to find a British scientist (David Dencik) who’s been working on a biological weapon for MI:6. He took it with him following an armed incursion at the agency’s London lab so, in fact, he’s likely actually working for someone else.

From there we get to spend some time in Cuba, head back to London, tour the Norwegian fjords, and land on a rocky outcrop near Japan (actually the Faroe Islands) — all the requisite international locales. 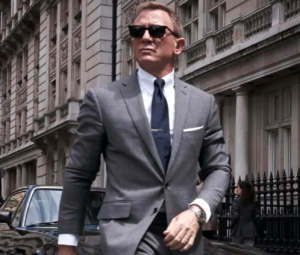 Craig’s scene partner from Knives Out,  Ana de Armas, appears all too briefly as a green but capable agent, Paloma, and Bond’s replacement in the Double-Oh program is Nomi (Lashana Lynch) who I also wished got a little more to say and do. Naturally, we get the return of tech wizard Q (Ben Whishaw), Moneypenny (Naomie Harris), M (Ralph Fiennes), and Tanner (Rory Kinnear), a more likeable bunch of spies to back up our hero we’ve never known before the 21st Century Bond films.

Malek might be the most traditional Bond puzzle piece in Craig’s fifth feature — his Safin is entirely hissable and creepily obsessive even while his plans are a little opaque. As Graham Norton pointed out, Bond villains tend to have poor complexion — a tiresome trope that could easily have been left behind.  This applies to the disfigured Blofeld (Christoph Waltz) who provides a kind of Hannibal Lector-esque presence midway through the proceedings. Director Fukunaga keeps things moving at a decent pace and the much ballyhooed Waller-Bridge script polish brings an essential wit, especially to the female characters.

All of this is compelling stuff and puts No Time To Die, for long stretches, anyway,  somewhere between a fairly compelling and flat-out excellent Bond movie. It’s better, certainly, than Spectre, and, incidentally, features not one but three different models of Aston Martin. That’s never a bad thing. 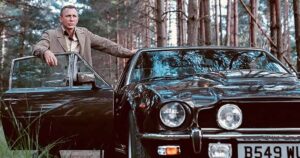 Spectre and Skyfall both referenced various films in the franchise’s history, but this one directly frames scenes and music from On Her Majesty’s Secret Service and the opening to For Your Eyes Only, which the faithful know are entries that show Bond at his most vulnerable. The stakes here are higher than we’ve seen before, and very much to his credit, Craig sells every emotion. 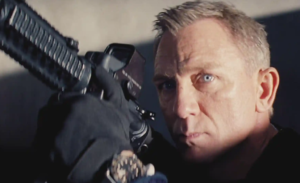 That said, in the past four films I’ve complained that while Craig has humanized Bond, allowing us to better understand his damaged psychological make-up, the films also bend over backward to give Bond some kind of personal connection to his antagonists. Some of that, like the motivations of former Double-Oh agent-turned-enemy, Silva, in Skyfall, worked. Some, like Bond’s connection to Blofeld in Spectre, were painfully forced.

In No Time To Die it’s not Bond’s past he’s having to contend with, but his present and possible future. At this stage of the game, you’re either all in or you’re folding. 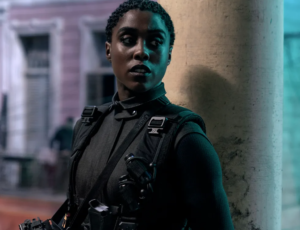 This all raises a question: Is this what people want from their 007? The picture includes deeply solemn, even heartbreaking moments, but by No Time To Die‘s midpoint the quotient of fun drops precipitously. Does anyone want to see a James Bond movie that makes you cry in your popcorn?

I’ll leave you to think about that while I tell you that No Time To Die lost me toward the very end, just like Spectre did. 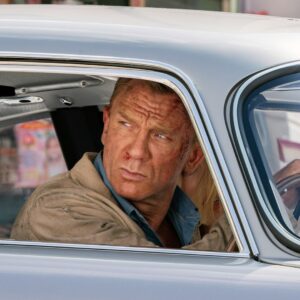 The former film’s final scenes suggest Bond could have a normal life, but we all know he can’t. He drinks, he womanizes, and he kills for England, but he doesn’t get to ride off into the sunset with his true love.  Spectre‘s biggest narrative gamble — after a few too many safe, serviceable thrills — felt like a step too far.

The ending here doesn’t wash, either. While I respect the effort to tell a story that brings a genuine emotional wallop to end the Craig era, the plot offers up one other obvious (at least to me) narrative avenue they could’ve taken but didn’t, one that better suits the hard truths at the core of this character.

I walked out of the cinema largely entertained, but also a little melancholy. I had a lingering feeling I didn’t quite get what I was hoping for.

After the credits roll this text appears: “James Bond Will Return.”

Where could he possibly go from here?