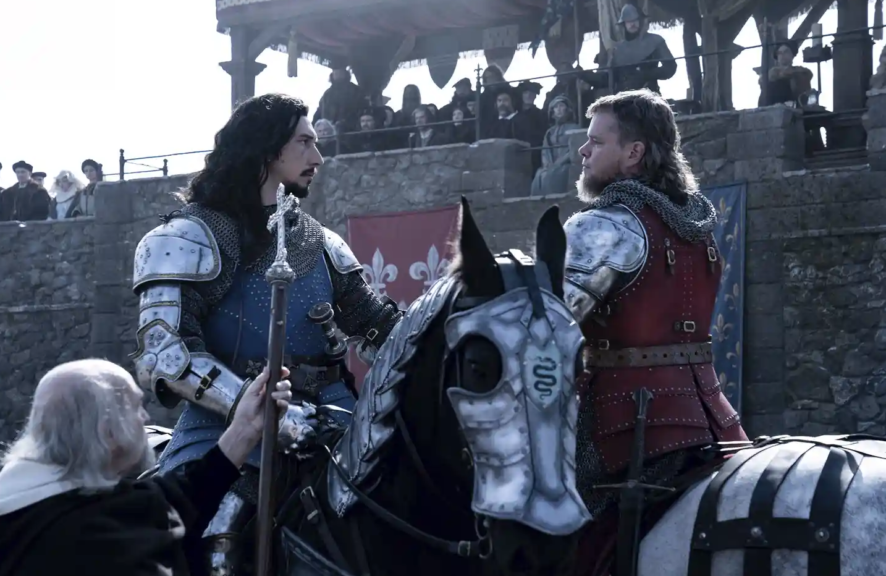 Directed by Ridley Scott | Written by Nicole Holofcener, Ben Affleck, and Matt Damon based on books by Eric Jager | 152 min | Crave Plus 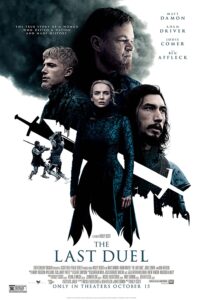 It’s late 14th Century Normandy, where aristocratic men wear armour and strut about doing what they like, puffing up with pride, while women suffer at their hands. That’s the crux of The Last Duel.

Damon and Affleck, Oscar-winners for their script to Good Will Hunting, finally return to screenwriting together with a potentially zeitgeist-goosing #MeToo drama set in the late Middle Ages. We get the bonus of the boys acting in the film, too, along with the always terrific Adam Driver and Free Guy‘s Jodie Comer. With  excellent Enough Said and Can You Ever Forgive Me? writer Nicole Holofcener on board, and master stylist Ridley Scott directing, this has all the elements in place to forge something really special. But while it delivers genuine moments of pathos it ends up outsmarting itself. It’s also a bit of a slog. 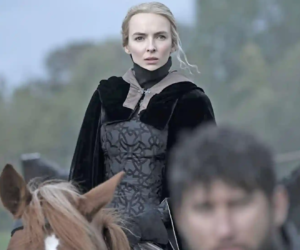 Comer is Marguerite de Carrouges, formerly de Thibouville, married for her dowry by Jean de Carrouges (Damon), a gifted soldier but moody fellow and not so fortunate with his finances.

We get to know his world first — his relationship with the King’s cousin, Count Pierre d’Alençon (Affleck), who he and fellow squire Jacques Le Gris (Driver) serve. Jean de Carrouges and Le Gris are fast friends, though that gets complicated when Le Gris comes to collect levies on behalf of Alençon and is awarded a parcel of land Carrouges believed was owed to him as part of his wife’s dowry. 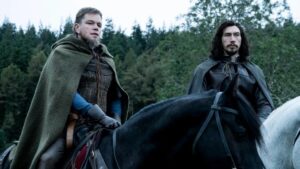 While Carrouges is away fighting in Scotland, Le Gris becomes obsessed with Marguerite de Carrouges, barging into their castle and raping her. She won’t be silent about the assault,  but knowing Alençon’s affection for Le Gris, her husband doesn’t trust any kind of trial will bring justice and so challenges Le Gris to a duel. Duels at that point had been outlawed, but the King makes an exception.

This is rich material, a grim examination of systemic, societal misogyny — setting it more than 700 years ago does nothing to diminish that resonance. 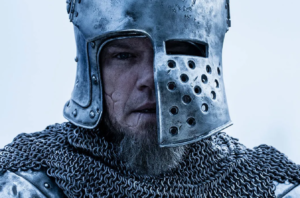 Damon, Driver, and Comer all bring their charismatic best, elevating the film above the actors’ now infamous terrible haircuts, while Scott’s reliable eye as a director skews to beauty along with a lot of bloody violence, mostly avoiding those Monty Python and the Holy Grail comparisons many swords and sandals pictures suffer from. Scott’s also famed for his absence of a sense of humour, so the dry wit frequently on display must’ve come fully from the scriptwriters, so props to them for that. Also, full marks to Affleck, blonde and bored, channeling John Malkovich at his most fey. He’s only here in support but he’s clearly having a ball, and I hope he chooses characters like this more often from now on. 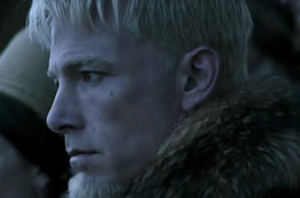 But, here’s the problem: The structure of The Last Duel is based on the Rashomon effect — the events related and retold through the perspective of three different characters — first of Jean de Carrouges, then Jacques Le Gris, and last Marguerite de Carrouges, whose truth is the final word.

In theory this is a clever way to drive home the film’s message, but it becomes gloomily repetitive. Especially given in many scenes the perceived differences in what happened are largely cosmetic. It also forces us to sit through a rape scene twice, which is unforgivable.

Even during Le Gris’ telling, at no time did the rape not seem like an act of violence. If the film actually risked suggesting that from his perspective the sex was consensual — as he argues — it might’ve brought some genuine complexity to bear, but instead we get a kind of singular thematic brutality over a punishing two and a half hours. I appreciate and agree with the themes at play, the power of patriarchy baked into the monarchy,  legislature,  justice, and even in the Church. But we don’t actually get a conversation about the inequity, we get a lecture.

This could’ve all been Marguerite de Carrouges take from the very start and that would’ve delivered the same powerful, relevant message while shaving off an inessential 30 minutes. That extra running time just drives home the point, repeatedly, that the men in this picture are entitled, violent, self-deluded assholes, which isn’t hard to parse at any point — we just get a lot more of them and a lot less of her. 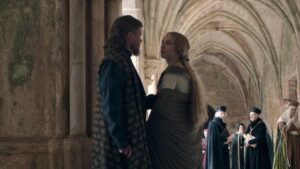 And that’s too bad, given the many parts of the film that really do work. Fans of the actors will likely find things to enjoy, and watch for Harriet Walter as Jean’s mother. She’s typically solid even while missing her eyebrows.