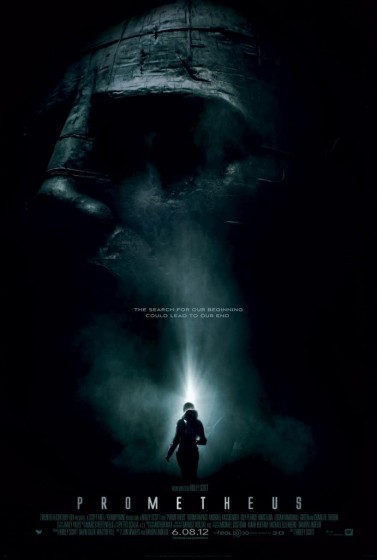 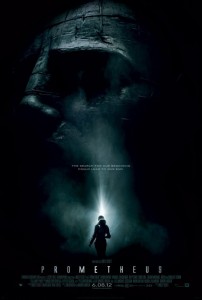 I didn’t have much faith that this would work. Prequels long after the fact—and 33 years is pretty damn long—rarely do. Filmmakers change. The hunger that defined Scott’s early work, tales of his perfectionism on set and the stylistic rigour so evident in his films, some of that has carried through his career—see Blade Runner, Thelma and Louise, Gladiator, Black Hawk Down and Kingdom of Heaven. But this is also the guy who gave us A Good Year, Black Rain and Legend, movies that were sparkling but inert. The thing is, Scott is a great director but only intermittently good at choosing screenwriting collaborators.

Prometheus surprised me and then some. I can understand why Scott was reluctant to say it was an official prequel to Alien. It shares a universe with that film but lives every much self-contained, and when, in the third act and coda, it actively extends connective tissue back towards Scott’s second feature film, it poses as many questions as it answers. But taken on its own it’s a startlingly intense and vital science fiction/creature feature.

We start on an elemental scene on prehistoric earth. A cloaked humanoid watches a flying saucer hover over a waterfall. He eats a strange, slithery substance from a jar, falls into the water and dissolves, sparking the creation of life. Then it’s 2089, and Elizabeth Shaw (Noomi Rapace) and Charlie Holloway (Logan Marshall-Green) are scientists and lovers, investigating caves on the Isle of Skye, discovering drawings made by a long lost civilization far removed from the Hawaiians or Egyptians, and yet a particular image is common to all. The scientists presume the drawings are an invitation from another sentient life form—the humanoid we saw earlier, one supposes—our makers they call The Engineers. Shaw is someone whose father instilled in her a deep faith, while Charlie is the skeptic. It’s a nice touch, this friendly debate of intelligent design. Already, Prometheus offers fresh levels Alien never did, though some of the sequels skated in this thematic direction, the obvious antecedent here being 2001: A Space Odyssey.

With the help of the mysterious Weyland corporation, Shaw and Holloway join a crew of geologists, biologists and various interstellar crew types, including uptight Weyland administrator Meredith Vickers (Charlize Theron), southern-fried pilot Janek (Idris Elba) and synthetic man/Lawrence of Arabia-fan David (Michael Fassbender), on a trip aboard the titular ship to a far-flung moon called LV-223, the potential home of these alien folk (and when I say “alien,” I mean humanoid, not so much the silicon-wrapped, acid-blood giant insectoids) who may have created us. For those of you keeping track, the place the crew of the Nostromo set down in Alien was LV-426. This is not the same place. But the connections, you will discover, are multifold.

I didn’t feel that the two opening sequences on earth were necessary, just like Jim Cameron decided to omit the scenes of the colony before the Sulaco showed up in Aliens—you can watch those scenes on the Aliens Special Edition. I would have preferred to start on board the Prometheus, with all its bells and whistles, crew in cryogenic sleep, David playing housekeeper and throwing around a basketball (very like Ripley in Alien: Resurrection). But I didn’t say Prometheus was perfect: it goes a bit long, shows us stuff we didn’t need to see and omits stuff that would have been nice to touch upon, but there’s plenty of zaz here.

When the high-tech craft arrives on LV-223—and this may be the biggest, practical problem with Prometheus as a prequel; the tech is way, waaaaay more advanced than the stuff we saw inside the Nostromo, supposedly 40 some years in the future—the scientists investigate a strange, conical structure, mapping its interior and discovering a honeycomb of passages, as well as corpses of the humanoids they’d hoped to meet. What killed them? And why? The secret to that is the sweet spot, and as we go along and the crew suffers various forms of contagion, the airier thematic qualities of the film begin to slip, to be replaced by the visceral body-horror that Scott so powerfully applied in Alien. That stuff is revisited with a vengeance here; A self-surgery scene with Rapace was my personal high-squeam moment, though there are plenty to choose from. Those horrors are what ground the picture and keep us engaged. The jeopardy feels very real, which is a solid connection to the 1979 classic.

What Prometheus doesn’t share with Alien is the same sense of claustrophobia, especially in the ship, but what it lacks in close-quarter creeps it makes up for in absolutely stunning art direction, costume design and sets. The alien planet, the various interior spaces, the slippery creatures, when they do show up, are all beautiful and captivating.

And while lots of people are congratulating Fassbender on his performance, I think the MVP goes to Rapace. In a very physical role, she excels, the planes of her face similar to the 29-year-old Sigourney Weaver, Rapace now only a couple years older. I was a bit disappointed that, despite some space-grunt attitude that reminded me of the marines in Aliens—especially this movie’s craven Private Hudson, Sean Harris’ Fifield—we never quite get to know or care for the crew of the Prometheus in the same way. And though I have plenty of time for Ms Theron, her Meredith Vickers never really registers. Why is she there at all? I guess it makes sense to have a representative of The Company go on the trip, but the roots of her control issues, and her fear, aren’t ever really explored. She does have a connection to bigwig Peter Weyland (Guy Pearce), but that’s not given much time to be fleshed out.

In the end, I don’t mind that Prometheus, while shining a light on a few of Alien‘s unresolved mysteries, also leaves threads hanging. Those questions of our origins, of the aggression The Engineers have towards us, David’s real mission and that final creature with its human DNA… more Alien: Resurrection parallels. But I don’t see that as a detriment to the movie’s success, nor the few plot issues. An open-ended conclusion certainly allows for the possibility of a sequel, where these things can be further explored. But even if that never happens, Prometheus is more than good enough to justify its existence, 33 years after the fact. It’s good enough to be called one of the best sci-fi horrors to come down the pike in an age.

(Please check back on FITI. Once I’ve let Prometheus settle in my skull, I’m going to dig into some of those loose-thread questions, and do some more comparing back to Alien and its sequels, in a more spoiler-heavy post.)