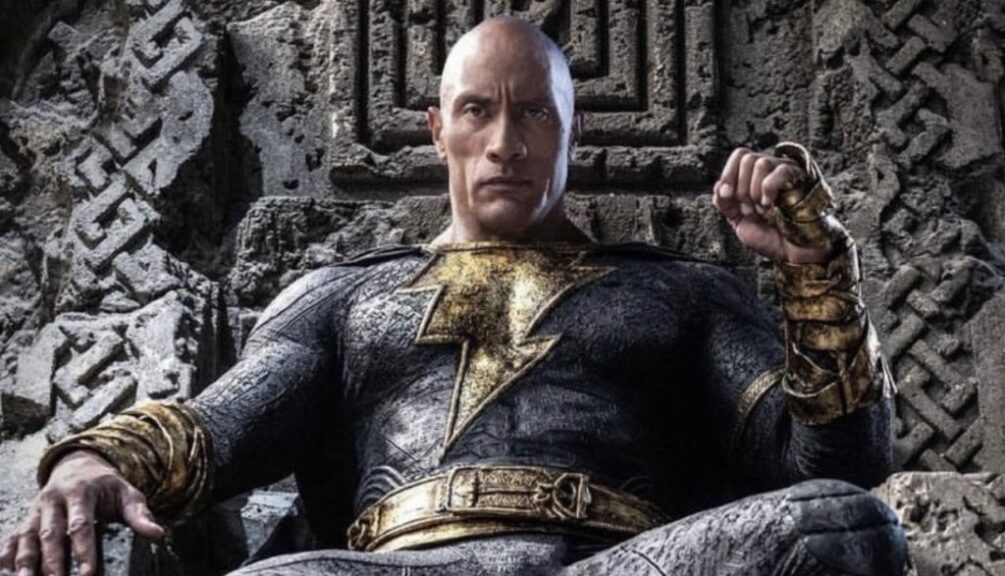 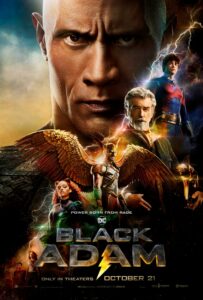 As someone who’s been writing about movies for more than 15 years, there’s a genuine thrill walking out of a movie that’s achieved something exceptional, knowing you’ve just seen one of the best movies of the year. Similarly, there’s a rush having managed to survive an absolute stinker, having mustered the professionalism to not walk out mid-movie no matter how much you might have wanted to. Taking the opportunity to write about how awful it is ends up being the reward for resilience.

This is one of those second things.

Black Adam is easily one of the worst movies of the year, and certainly the worst superhero movie I’ve seen in years, and that includes other movies in the DC universe I could name. It’s worse than just poorly made, it’s dull — a movie where you never feel engaged by any of the characters or their stakes. Everything feels vague and ill-defined. That it’s from the filmmaker who directed one of last year’s worst movies, the CGI-slathered Jungle Cruise, shouldn’t be a surprise.

We start 5000 years ago in the fictional Middle-Eastern nation of Kahndaq, where an evil king creates a crown out of a magic ore called, um, eternium? Unlike vibranium in the Marvel Cinematic Universe, the Black Adam filmmakers don’t bother to explain anything about this stuff. Is it magic? They could’ve called it Macguffinium. They don’t care, so neither do we. This preamble is so rushed it’s hard to keep track of what’s going on.

A boy rises up from the slaves and is given superpowers in order to defeat the evil king, but both he and the crown are lost to the ages. So far, so very Tolkien-esque, but if anything it evokes X-Men: Apocalypse, which isn’t a good sign. 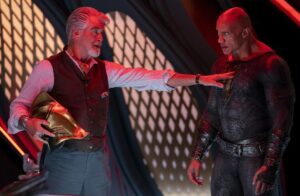 Now, you may recall the movie Shazam from 2019, a lighter, more fun, more family-friendly detour from some of the gloomier, existential visions of the largely terrible DC superhero universe, their house style guided by the unaccountably adored Zack Snyder. Black Adam is a spin-off of Shazam, but in its tone it’s a lot more like Snyder’s work except missing the one thing that makes Snyder bearable, his gift for scale and myth-making.

In present day Kahndaq the country is controlled by something called Intergang, a group of mercenaries. You’d think the leader of Intergang would be the likely antagonist, but we never meet them.

Instead, we focus on an archeologist and resistance fighter, Adrianna (Sarah Shahi ), who is searching for that missing magic crown, while her son, Amon (Bodhi Sabongui), enjoys skateboarding around town and, for no reason that’s ever given, has a secret escape hatch out of his bedroom. You think that’s going to be useful later on?

Adrianna finds the crown, which somehow revives the 5000-yer-old legend, named Teth-Adam (Dwayne “The Rock” Johnson), but he’s less the conquering hero of myth and more an angry god, killing anyone who stands in his way.  The rebirth of this super-being attracts the interest of Amanda Walker (Viola Davis), who we’ve seen in the Suicide Squad movies. She’s the DC universe’s version of Marvel’s Nick Fury, except even grumpier. 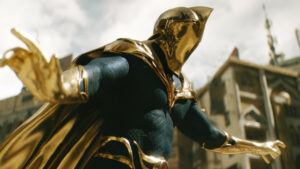 To fight Teth-Adam she sends the Justice Society of America, a superhero organization whose goal is to “maintain global stability” — basically a small group of American super cops. Could this feel more fascistic? It includes Carter Hall aka Hawkman (Aldis Hodge), Kent Nelson aka Dr Fate (Pierce Brosnan), and two teens, Al aka Atom Smasher (Noah Centineo) and Maxine aka Cyclone (Quintessa Swindell). Why they’re so understaffed, or why these characters would be at all interested in being part of this group is never explained, like so much in this terrible movie. 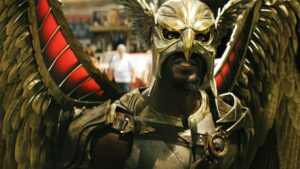 The Justice Society’s arrival and their platitudes about international security suggests an opportunity to examine American foreign policy — one of the things another recent superhero movie, Black Panther: Wakanda Forever did well — but it becomes clear this one doesn’t really have an opinion on that issue way or another. The Justice Society fights Teth-Adam to a stalemate while they ignore the socio-political realities of this state controlled by mercenaries until, in the last act, the real villain appears pretty much out of nowhere, 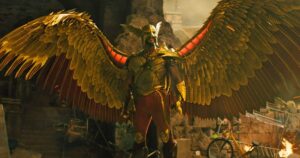 The invention of this fictional nation allows DC to try and avoid accusations of cultural appropriation — Kahndaq could be Iraq, it could be Egypt, it could be Lebanon. I’d argue its generic Middle Eastern cultural signifiers are actually offensive for being so generic while still recognizable — the otherwise excellent Dune from last year had a similar problem. That everything is so ham-fisted in Black Adam makes this issue just another layer of filth on an otherwise rotten cinematic meal.

I haven’t even talked about how bad the movie looks, painted as it is with substandard CGI, or the incredibly clueless choice to use music by the notorious anti-semite Kanye West. Hey Warner/DC… read the room! 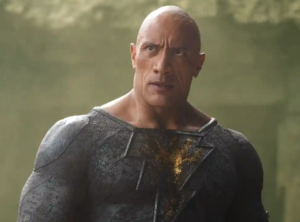 One of the things that makes Dwayne Johnson so likeable, and the biggest star in the world, is his charming self-awareness. It’s in every scene he steals in the Fast & Furious franchise and it’s baked into the delightful Jumanji series. When he ignores that aspect of his persona, as he does here, is when he goes wrong. Further, the movie lacks the courage to make him genuinely evil because Johnson can’t be truly unlikable to his massive audience. By being so wishy-washy instead of badass he helps doom his superhero debut.

Somewhere in the middle of this, Amon tries to convince Teth-Adam of the virtues of being a super-powered celebrity. “The superhero-industrial complex is worth a lot of money!” he says with a smile.

It won’t be for long if they keep making dreck like this.