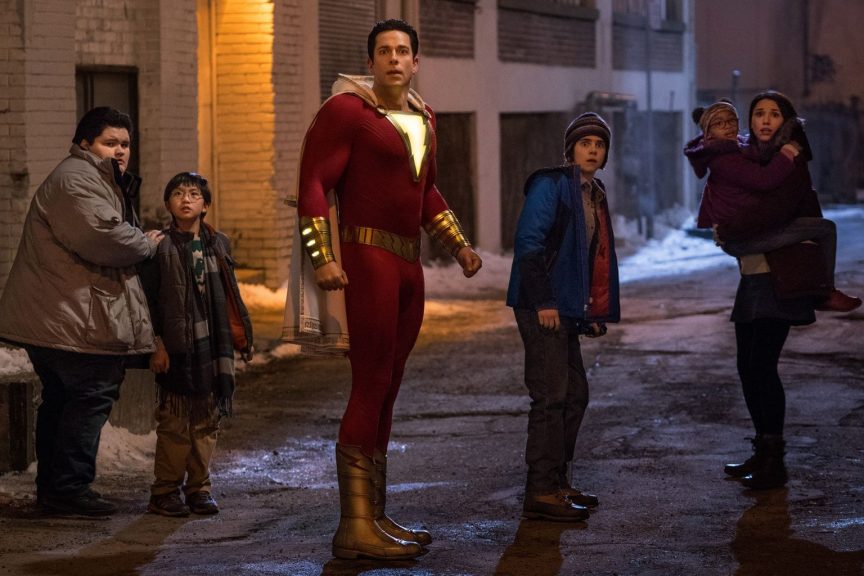 Directed by David F. Sandberg | Written by Henry Gayden and Darren Lemke, from comics by Bill Parker and CC Beck | 132 min | Crave Plus 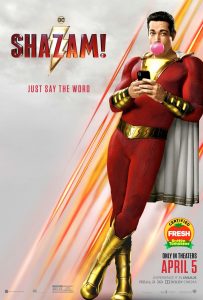 DC and its Hollywood studio, Warner Brothers, have indicated a stepping away from their shared universe concept after the relative failure of their superhero team-up, Justice League, and will instead offer more tonally self-contained films. Seems to have worked with Wonder Woman and Aquaman, and it should work again with Shazam!, which doubles as kind of a Christian family drama—good-hearted kid finds a home with foster family that likes to hold hands and give thanks before meals—as well as a wholesome superhero movie.

Plainly shot in Toronto doubling for Philadelphia—check out scenes set on the TTC, the Gardiner, and Lakeshore Boulevard—it’s about Billy Batson (Asher Angel), a 14-year-old who’s been in and out of foster homes since his mother abandoned him at a funfair when he was a little kid. Billy isn’t entirely trusting of others, which is easy to understand, and still on a quest to find his absent mother.

All this is made more complicated when a wizened wizard (Djimon Hounsou) in an inter-dimensional cave gives him the gift of super powers in an adult body. The thing is, earlier on the wizard tried to give the same powers to some other kid, who was told he just wasn’t “pure” enough. That earlier boy grows up to be the supervillain, Sivana (a painfully typecast Mark Strong), embracing demons who represent the Seven Deadly Sins—another layer of Christian iconography.

All this happens in the draggy first 20 minutes, crammed with exposition, bad sets, and a hammy John Glover. But once Billy joins foster brother Freddy (Jack Dylan Grazer) at middle school, it starts to feel a little more like the teen movie it should be. The best bits of it involve Billy becoming Shazam (Zachary Levi), and doing everything a 14-year-old who suddenly has superpowers in an adult body might do, with superhero expert Freddy helping him figure out the limits of his newfound abilities. It’s basically Big in tights, including a knowing nod to the floor piano scene from that picture. 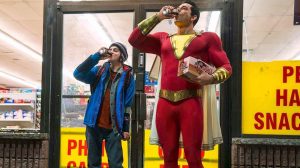 It’s rare that these kinds of movies increase narrative momentum through the running time, and it’s a pleasant surprise when that happens here. Full credit to the filmmakers for turning what may be American comics’ most wholesome, big-red-cheesy superhero into something fun and palatable in 2019. The foster family Billy ends up with, six kids in total, turns out to be a winning bunch, though they’re also so damn sweet it’s as if they stepped out of a sitcom. The final showdown with Sivana, which brings everyone together, is a giddy blast. 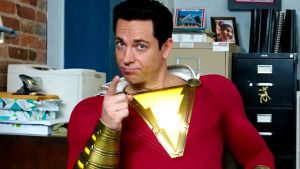 Shazam! represents another fresh alternative for DC, an opportunity to take its material in a different, lighter direction, as it should’ve done from the start. Maybe they’re finally cleansing the gloom of Zack Snyder’s malevolent machinations. The world of Shazam includes Batman, Superman, and Aquaman, but it also includes their merch, just like Spider-Man: Into The Spider Verse included Spider-Man comics. That kind of meta playfulness is welcome, whatever the universe.