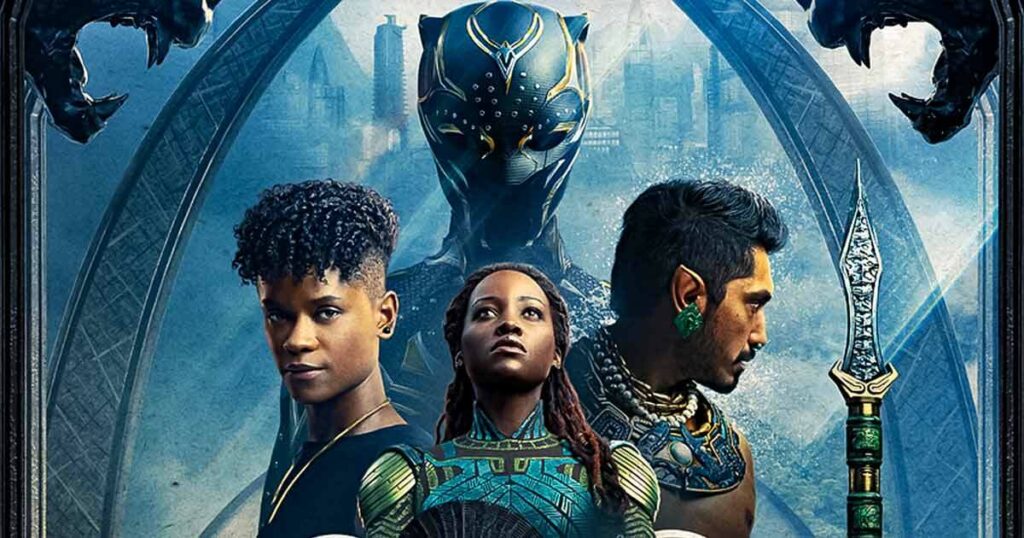 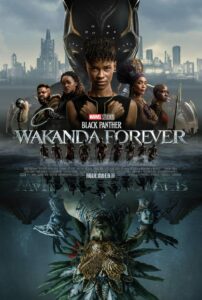 The first Black Panther movie from 2018 is a gem in the Marvel Cinematic Universe pantheon — top five for sure — and was a huge hit. The vision of a technologically advanced, afro-futurist society that had never been colonized struck a chord around the world — the exclamation, “Wakanda Forever,” with forearms crossed over the chest its rallying cry.

But, very sadly, its star Chadwick Boseman passed away from colon cancer in August 2020 at the age of 43. So now we have a sequel without its star, a massive science-fiction narrative forced to deal with an absence at its core. 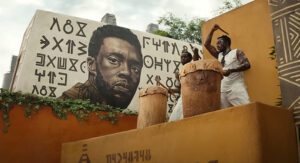 Thematically, Black Panther: Wakanda Forever doubles down on that loss — it’s all about grief and absence, and how to manage it. Accordingly, it’s a serious film, perhaps the darkest and most intense in the MCU to date, which is hard to argue against given what has happened.

There’s a lot of considered storytelling here, but at its heart this picture is a superhero movie missing more than its lead, it’s missing many of the more playful, dynamic beats we’ve come to expect from the MCU. Here’s a movie that wants to do too much, and ends up underserving many of its goals. 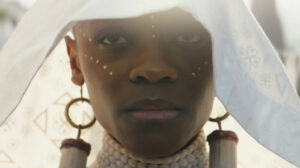 The death of T’Challa, the Black Panther, spiritual and actual leader of the African nation of Wakanda, takes place due to an unexpected illness and is seen through his sister’s and mother’s eyes, the tech genius Shuri (Letitia Wright) and the Queen Mother, Ramonda (Angela Bassett). It’s dealt with rather quickly and even perfunctorily — the mystery disease is never really explained — but it does inform everything that comes after. The mantle of Black Panther is more or less retired — the heart-shaped herb that gives the Panther his powers had been destroyed by the first film’s antagonist, Eric Killmonger (Michael B Jordan) — and Ramonda is in control.

We learn that the world community wants Wakanda to step up and share its store of vibranium, the rare and powerful ore/energy element, which can be used as a weapon. Wakanda has all of it on the planet.

Or does it? When Wakanda pushes back, the United States sends a team (including a scientist played by Lake Bell) to scour the ocean floor looking for more of the  vibranium outside the Wakandan territory. They’ve got a device to find it invented by another young tech genius and MIT student, Riri Williams (Dominique Thorne).

This attracts the attention of the powerful blue people from a subsea kingdom, Talokan, ruled by the half-human Namor (Tenoch Huerta), a super-powered mutant. And though this character has always been faintly ridiculous in Marvel comics lore — also known as the Submariner — with his green speedo and winged feet, he has earned a spot as one of the comics’ most interesting villains, a powerful, sometimes maniacal figure, who can be a hero in the right circumstances.

Here he’s made more interesting by having his roots in the Mayan civilization, where the blue flower played a role in his origins. 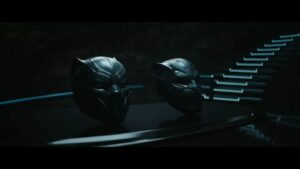 First are the political machinations. Namor and Shuri get a chance early on to meet up and discuss their positions as representatives of their nations. If Namor gets what he wants — Riri Williams — he’ll guarantee peace between Talokan and Wakanda. This could be especially important given Namor’s ultimate plans to attack the surface world. The writing around a tactical power struggle in a fantasy milieu is worthy of Game of Thrones, and raises the stakes for everything that comes later. 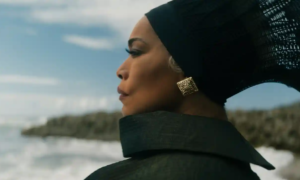 The second is Angela Bassett, who gets an incredible speech about loss that shakes the film’s foundations. This role is a powerful reminder of her potency as an actor. The rest of the film circles around the female characters a lot more than the men, which is both notable and refreshing. 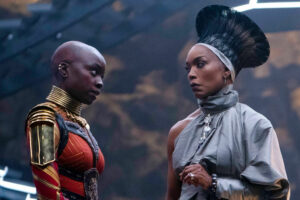 The third is as a treatise on grief and on what comes in its wake, ie. retribution, along with a tribute to Boseman, the film is thoughtful and moving. We get a mid-credit scene that brings a lot of that home in a way that really satisfies.

Now, onto what’s bungled, and in some respects, badly:

The idea that Namor wants to kill Riri Williams because she invented a vibranium tracker is a huge, frustrating plot hole. The machine already exists — what does killing her do? And while Namor is pretty cool, his blue-skinned brethren are ridiculous. With so much of this picture so solemn, their inherent silliness is never quite reconciled. I found myself wishing for the way Aquaman leaned into the goofiness of its premise in the DC universe. 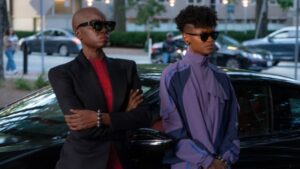 Most of the cast are wasted. Most disappointingly, the introduction of Riri — who next to Kamala Khan is the most interesting recent character in the Marvel comic book universe — is a subplot that never takes off. She could do for this film what Spider-Man did for Captain America: Civil War, be a source of joy in an otherwise intense and solemn picture, but she never gets her moment. 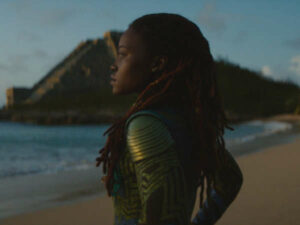 Okoye (Danai Gurira) gets a dressing down but I’d argue despite a late-arriving action sequence, never quite redeems herself emotionally. Nakia (Lupita Nyong’o) also returns, but isn’t given enough to do. These are major missed opportunities given how fundamental both of these characters have been in previous films. 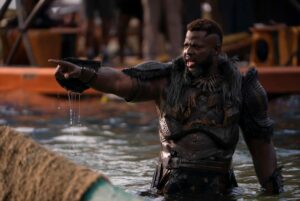 And there’s next to no point in Everett Ross (Martin Freeman) and Val (Julia Louis-Dreyfus) showing up at all, with the exception of one great shot at US foreign policy continuing themes of anti-imperialism, which were there in the first film. Other colourful figures, including new addition Michaela Coel as Aneka, one of the Dora Milaje, and M’Baku (Winston Duke) get a minute or two to shine, but don’t do much. 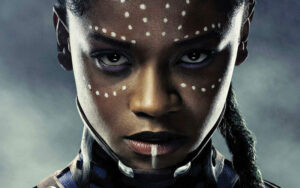 We do get a solid cameo from a fascinating character I didn’t expect to see again, but was surprised, in fact, that at the big funeral scene we don’t get to see any of T’Challa’s brothers in arms from The Avengers. 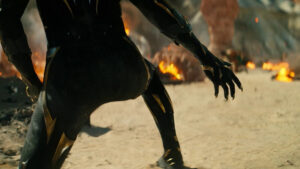 The production design is solid — this is a good-looking movie — and the score (by Ludwig Göransson) and tone of the song selection is terrific.

The bread and butter of the MCU — eye-popping effects and action sequences — are unfortunately pretty rote in this Black Panther movie. I was reminded of The Eternals too often, and though this doesn’t feel quite as muddled as that one did, it doesn’t quicken the pulse very often. Like The Eternals, there are times when this picture feels like it’ll never end. This two-hour-forty-one-minute running time is inexcusable, especially when it has so few thrills.

In coming together as a serious drama, Ryan Coogler and his filmmaking partners have scored a few victories here. This is a film worth seeing. But he’s also made a picture that works against the very thing it should be: an escapist, fantastic night at the movies, and instead is an overlong, heavy picture, too often absent what distinguishes the best of the MCU: humour and excitement.