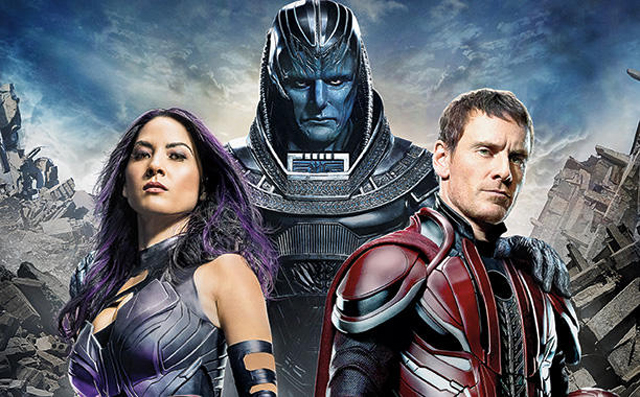 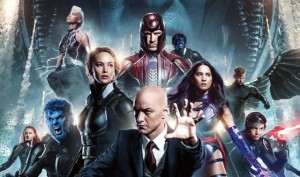 This is the sixth X-Men epic, not counting the two Wolverine spin-off movies (with a third on the way). But the 1980s-set X-Men: Apocalypse is also the third movie in a soft reboot of the franchise, which started with Matthew Vaughn’s 1960s-set X-Men First Class, followed by Singer’s X-Men: Days Of Future Past, mostly taking place in the 1970s.

It’s a picture that has the temerity to joke about the third film in a series usually being a disappointment. It’s not wrong.

Compared to the humour and zip of First Class, or the scale and energy in Days of Future Past, Apocalypse is an example of going to the well one too many times leading to diminishing returns, while still managing enough entertainment value to justify its existence.

The Big Bad this time out is an Egyptian mutant named En Sabah Nur, otherwise known as Apocalypse, who transfers his consciousness to other mutant bodies whenever his current one is getting infirm, thereby absorbing multiple powers and extending his life indefinitely. He’s played by the white-hot actor Oscar Isaac in a charisma-erasing blue mask. His intent is nothing less than world domination, but he’s more an elemental force than a character, making this superhero-fest frequently feel like a CGI-laden disaster movie.

Because we meet En Sabah Nur first, you’d be excused for thinking he’s the protagonist, but he’s far too dull for that. Unfortunately, this isn’t a movie with someone you really want to root for despite the lot of familiar faces, and the first act is so consumed with set-up that the film almost stalls before it even gets going. Fortunately, things improve as we move along.

Powerful and fundamentally conflicted mutant Magneto (Michael Fassbender) is given even more reason to hate humans—like he needs the motivation—and signs up to be one of Apocalypse’s four horsemen—along with Storm (Alexandra Shipp), Psylocke (Olivia Munn), and Angel (Ben Hardy). 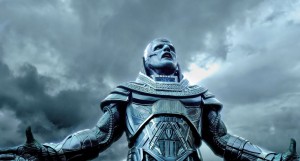 Raven/Mystique (Jennifer Lawrence dialling down her considerable charm) has been anointed a mutant hero since the events of the last film, but has no interest in the acclaim. Mostly she just sulks. It’s a shame such a promising character has become so one note. When she hears that Magneto has resurfaced, she heads to Westchester, Connecticut, to reconnect with Charles Xavier (James McAvoy), who has set up his school for mutants there.

Sophie Turner, who most will know primarily as Sansa from Game of Thrones, is the young Jean Grey. Her future as the power-mad mutant Phoenix is nicely set up if Fox and Marvel decide to retell that story, bungled badly by Brett Ratner in X-Men: The Last Stand back in 2006, though she has a way to go to reach the glamour and intensity Famke Janssen brought to the role.

All of this character introduction serves as prequel material for earlier X-Men movies, making this a clumsy bridge between them. With the clever rebooting achieved at the end of the last one, you’d think the filmmakers might have taken a few more risks with the mythology, or offered more surprises. You’d also think that someone might have noticed the script has some of the worst dialogue in a superhero movie in eons.

Fewer characters also might have been a good idea in punching up the proceedings. Promising subplots—like one where mutants visit a 1980s mall—are abandoned in favour of explosions, though speedster Peter Maximoff (Evan Peters) returns to pull off another terrific mid-movie sequence like he did in Days Of Future Past. I did wonder if the guy is such a fan of Rush (based on his concert t-shirts and bedroom posters) why they couldn’t score his scenes to one of their songs.

As the last trailer reveals, a cameo from a certain hairy, Canadian tough guy also enlivens proceedings as we get a new slice of his origin story.

And speaking of slices, as the movie concludes with another gigantic, city-destroying superhero battle where civilian casualties are never discussed, I wished a good 30 minutes had been sliced out of this lumbering tentpole. Director Bryan Singer, so good at keeping these stories grounded in character in the past, lets the spectacle overwhelm this time out.

It’s not awful, but it needs to be a lot better the next time these merry mutants get together again. Levelling Cairo or severing the Manhattan Bridge isn’t nearly enough to get the pulse racing these days.