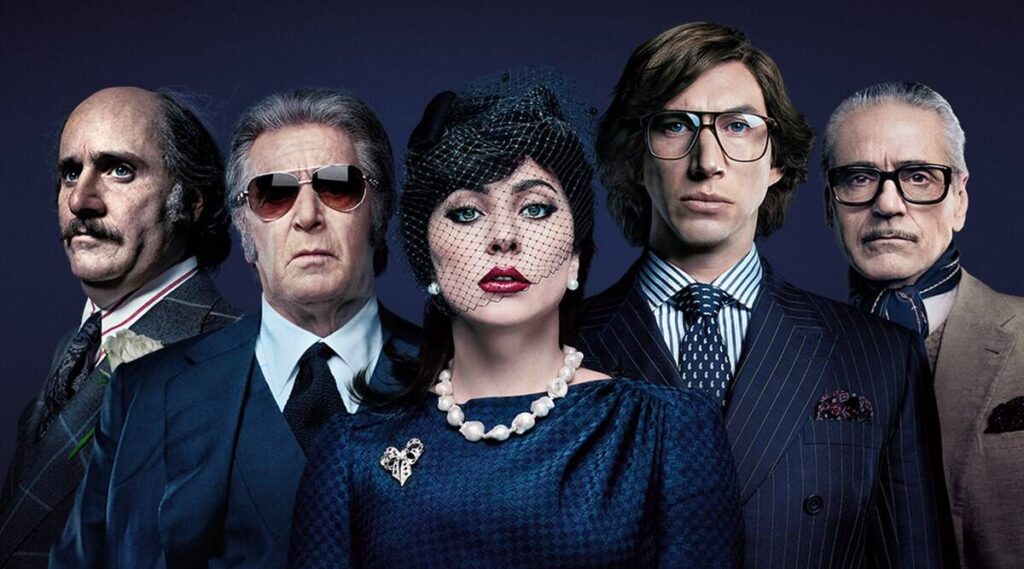 Directed by Ridley Scott | Written by Becky Johnston and Roberto Bentivegna, from a book by Sara Gay Forden | 157 min | In Cinemas 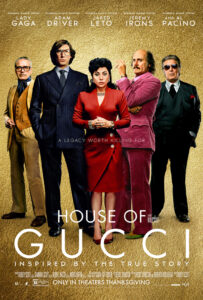 Now in his 80s, Ridley Scott is still a supreme stylist with a seemingly unquenchable thirst to make movies. Given his track record of quality —  Alien, Blade Runner and The Martian — it’s hard to argue against the veteran filmmaker postponing retirement. He’s also responsible for hollow, forgettable movies like Legend, A Good Year, Robin Hood, Exodus: Gods & Kings, and All The Money In The World, where the script or the spirit of the thing is out of his grasp.

This year Scott has already made The Last Duel, an intense, overlong medieval drama that never quite fulfills its promise, but it’s better than House of Gucci. 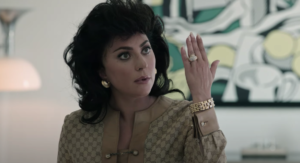 This take on a real-life tale of murder and revenge in a well-heeled Italian fashion family is intermittently fun when it steers into the ridiculous, when it’s so bad it’s good. Unfortunately, most of the time it’s just drab and dull. Given the richness of the material, that feels like a crime against cinema. 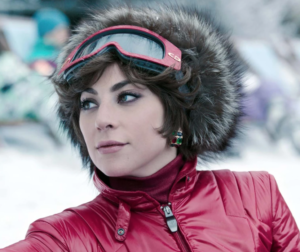 It’s 1978, and Patrizia Reggiani (Lady Gaga) is the daughter of a successful Italian trucking company magnate. She’s ambitious and cunning, setting her eye on Maurizio Gucci (Adam Driver), the heir to the leather-goods fashion empire.  His father, Rodolfo (Jeremy Irons), thinks she’s a gold-digger, but his uncle Aldo (Al Pacino), who owns half the company, likes her. He’s got a son, Maurizio’s cousin Paolo (Jared Leto), who seems completely absent the family sense of taste and style, so Aldo sees his nephew and his new wife as a better bet for the future of Gucci.

And for awhile, things go well — Maurizio and Patrizia are the power couple aiming to bring the brand into the 1980s, but Paolo is an embarrassment and Aldo a megalomaniac.  The brand falters with financial mismanagement and excess, which sours Maurizio and Patrizia’s relationship, too. That’s when the murder finally comes in — it just takes forever to get here, and when it does it’s anticlimactic. 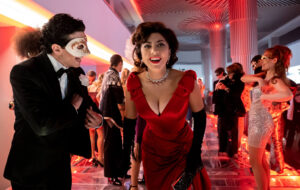 Scott, famously humourless, is simply the wrong filmmaker for this material. He’s good with chilly thrillers, terrifying science fiction, or bloody sword and sandal epics — Thelma & Louise is the oddity that proves the rule — but anything that requires a lighter touch eludes him. He seems to think he’s making The Godfather here when he should really be thinking of something broad and garish like Showgirls. (Which makes me wonder what Paul Verhoeven would’ve done with House of Gucci, or maybe even Brian De Palma.) Scott’s gunmetal blue visuals are a poor fit for what should be wildly ostentatious and splashy, something with more of a giallo heart. He’s just too restrained a fit for Gucci leather loafers.

It doesn’t help that he offers so little direction for his actors, who frequently seem like they’re wandering around in different movies. 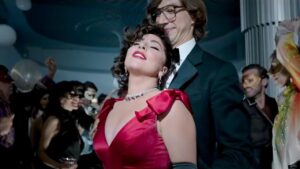 Leto is outrageously bad as Paolo, but he’s not boring — at least he understands what kind of a movie this is supposed to be. Gaga manages the right emotional pitch throughout — at times she single-handedly makes this watchable. She and Driver, who is typically and solidly understated, have compelling scenes together but the movie underserves her character in the last act. It takes her from heartbroken to obsessive quicker than a Lamborghini Countach. Irons, meanwhile, tries on an entirely different accent to everyone else, while Pacino does the same thing he’s been doing for the past 30 years — he goes big and stays there. Some of these efforts raise the picture to something genuinely entertaining, but it’s hit and miss. 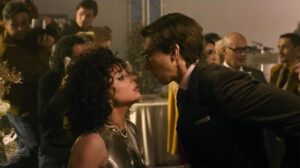 Let’s talk about those accents for a minute. I’ve been upfront on this blog about the Hollywood convention of English-speaking actors taking on accents when they work in other cultures — I hate it. It’s a distraction. Here not only do the actors sound different to one another (not just Jeremy) they often aren’t consistent through the film. I don’t blame them, though. This is Scott’s responsibility, and he bungles it badly. 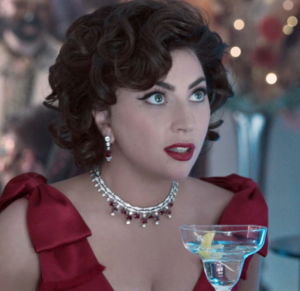 House of Gucci is best when it’s campily hilarious — both intentionally and unintentionally so — but it doesn’t work as an operatic tragedy of rich people struggling for love and power, which is what Scott would rather it be. That we don’t end up caring for anyone in particular is just a sad side note, along with the audience abuse of a more than two-and-a-half hour running time.