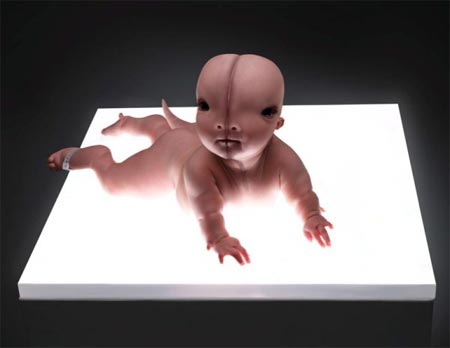 This may be a bit premature, since I have admitted in a previous post of my having not seen nearly enough of the summer movies. But with September, which always seems to me like a period of transition, for my own sake I’d like to look back at the movies I did see in the first nine months of the year. As I was reminded by an interesting piece in Salon by Matt Zoller Seitz about how we need more “adult” movies, this tends to be the beginning of a season of “adult” movies. I identified The American as one of those movies, a season-changer release, and so does Seitz, along with The Romantics, which I hope opens here in Halifax soon.

But summer is not the time for “adult” movies. And neither was the beginning of the year. Still, I found a few things to like, and a few that didn’t shine. Here’s an overview, spawned by a Sunday inside feeling under the weather.

The Book of Eli: The picture from the Hughes brothers took me by surprise—especially as a January release, which tend to be weak. A western and a post-apocalypse actioner in the vein of The Road Warrior, I enjoyed the action sequences, Denzel Washington’s serious-as-a-heart-attack performance, and Gary Oldman doing what he does best: play a bad guy. Sure, the ending was wildly implausible, but it gave the whole affair an air of fable.

I caught up with this Oscar-nominated movie in January: The Last Station is a gorgeous and moving story about the obsessive love between Leo Tolstoy and his wife, with gigantic performances from the forever-sexy Helen Mirren and the indefatigable Christopher Plummer.

Edge of Darkness, From Paris with Love and The Wolfman were all b-movie genre variations with a-list casts, but I wouldn’t recommend any of them. However, when the Swedes adapt one of the most popular novels of recent years, The Girl With The Dragon Tattoo, it made for a gripping, if a little bit dense thriller. They didn’t shirk from uncomfortable scenes of violence and some fairly explicit sex, and kept my interest throughout. The ending, with Lisbeth Salander scamming millions, didn’t entirely wash with me, but I gather it sets up the sequel, which I have yet to see.

A picture I very much enjoyed earlier in the year was The Ghost Writer, Roman Polanski’s tale of a Tony Blair-esque politician employing a writer to help draw up his memoirs, where the writer in question discovers he isn’t the first scribe to have this job, and the previous guy died under mysterious circumstances. Polanski’s ability to create suspense remains undiminished, despite all the well-reported chaos in his personal life. Full of interesting performances, and at least one questionable one (I’m looking at you Kim Catrall), the picture kept me guessing. It came out on the heels of Martin Scorcese’s Shutter Island, a movie that had a lot more positive reviews. I preferred the Polanski picture, and I’ll tell you why: Both are products of directors in their fourth decade of filmmaking, both world-renowned for what they do. Both are set on remote islands, both are mysteries with twists in their hearts. But Scorcese’s gothic horror, though it was beautifully crafted and had a great, ambivalent conclusion, led its audience down the garden path for way too long, and sharp-eyed viewers would have sussed the twist a reel before it was revealed. And as I said, the Polanski movie kept me guessing.

Cop Out wasn’t great, but neither was it as bad as the critics said. Anyone who appreciates Kevin Smith or buddy comedies of the 80s would find plenty to enjoy in his first director-for-hire movie.

Alice in Wonderland and Sex and the City 2 were both majorly disappointing, and while Green Zone had its moments, it didn’t recreate the Bourne magic between director Paul Greengrass and star Matt Damon. She’s Out of My League was passable. I saw it on an airplane, which was fine. For Jay Baruchel, I preferred his work on The Trotsky as well as the popular animation How To Train Your Dragon, though it didn’t impress me the way it did some. For me, Pixar continues to be king of popular animation, with the startlingly dark and exciting Toy Story 3, though I gotta give it up to the makers of Despicable Me, at which I laughed more than any other comedy this year (thus far).

I can barely remember Clash of the Titans, which I think says something about it. But The Runaways should have gotten more attention than it did. Sure, it tagged most of the rock biopic cliches dead centre, but it delivered an authentic era feel, even if Joan Jett never wore leather pants the way Kristen Stewart does. So well.

My cinepanion Jen Bond disagrees with me, but I found Hot Tub Time Machine to be the best movie John Cusack’s made in ages (which isn’t saying too much, actually). It isn’t a classic, but the 80s gags hit more than they missed.

Chloe was the closest thing we’ve seen to an 80s sex thriller in years, and from Atom Egoyan no less. Great work from Amanda Seyfried, Julianne Moore and especially Liam Neeson, given the circumstances (his wife Natasha Richardson died suddenly during the filming). Also notable is how great Toronto looks in the film, a perfect cosmopolitan backdrop. The film is a remake of Nathalie, a French thriller directed by Anne Fonatine, who this year gave us Coco Avant Chanel, the early-life biopic of Coco Chanel, starring Audrey Tautou. As someone whose knowledge of fashion history is limited, I found it fascinating. I have yet to see the other Chanel picture this year, Coco Chanel and Igor Stravinski.

Kick Ass was aimed right in my wheelhouse, and though I enjoyed it while I was in the theatre, it did leave me with a bit of a bad taste in my mouth. I can see Roger Ebert’s point: it’s hard to enjoy watching a grown man beat the snot out of an 11-year-old girl.

It’s nice to see that James Ivory is still making movies, even as his longtime filmmaking partner Ismail Merchant has passed on. The City of Your Final Destination wasn’t the gripping drama of repression that they used to do so well, but it was a classy couple of hours.

In terms of the recent “Men on A Mission” movies, The Losers kicked The A-Team’s ass, easily. The Expendables remains unseen by me. Maybe this week.

Iron Man 2 entertained, but fell into every friggin’ sequel trap you can think of (bigger action, less thought, less fun, too many villains). Robin Hood actually had a pretty good script from Brian Helgeland, but it was so dour and humourless there wasn’t much fun to be had. And really, the one thing a Robin Hood movie should be is fun. Even Robin and Marian, where they both die at the end, was heads and shoulders more fun than this. And though I think Mark Strong is a cool presence on film, he needs to lay off the heavies after this, Kick Ass and Sherlock Holmes.

One of the best movies I’ve seen this year so far was Splice, the Frankenstein’s monster-via- Cronenberg creepfest starring Adrien Brody and Sarah Polley. Director Vincenzo Natali went places I didn’t think he’d go with this one, where a scientist couple fuse the DNA of human and animal to “give birth” to a new creature, which is kinda cute at first (see the image above) but grows quickly and gets out of hand at puberty.

Another excellent summer movie I did see was Winter’s Bone, the noirish detective story transferred to rural Missouri, where Jennifer Lawrence’s Ree is a teenage girl looking for her ex-con dealer dad amongst friends, family and enemies, while also trying to hang onto the family shack. Grim, occasionally brutal, but not depressing, somehow. A study in honour, respect and the peculiar social threads of a land that seems to have changed little since the Civil War. Oh, and in a supporting role, John Hawkes astonishes.

Get Him To The Greek proved a couple of things to me: Russell Brand is very funny and very watchable (I am kind of looking forward to him in the Arthur remake opposite Helen Mirren) and Jonah Hill can’t carry a movie.

I don’t even want to talk about Eclipse. A couple of self-referential gags does not a good movie make, I’ll say that much. And Fame? Oh god.

Inception pinned my ears back in satisfying ways, and though it wasn’t perfect, I really enjoyed all the conversations around it.

OK, so that’s not everything I’ve seen, but close to it. Watch this space as I catch up with what I’ve missed and the Atlantic Film Festival starts to happen…