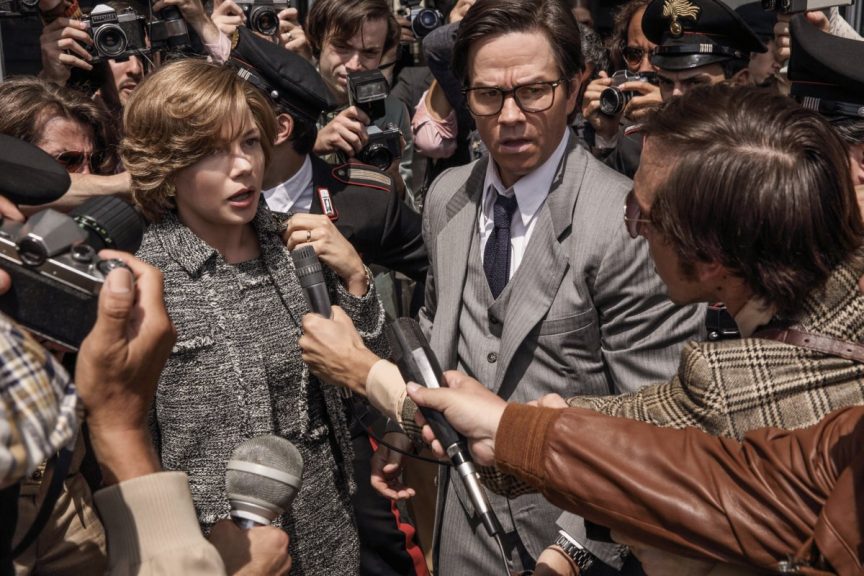 Directed by Ridley Scott | Written by David Scarpa, based on a book by John Pearson | 132 min 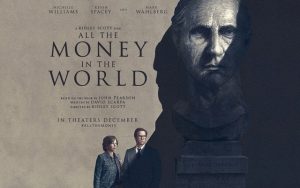 My LENS ME YOUR EARS podcast co-host Stephen Cooke and I discovered in a recent look at the films of Ridley Scott that the man’s feature-film work going back to The Duellists (1977) is a catalogue of high-end production values and gorgeous cinematography. It’s also a spotty collection of work where the quality of the scripts define the film’s success. Scott has triumphs like Alien, Blade Runner, and Thelma & Louise, and he also has a fair share of DOA pictures like Black Rain, White Squall, and A Good Year.  All The Money In The World is a solid part of that latter group.

The film tells the story of the Getty kidnapping—the grandson (Charlie Plummer) of billionaire industrialist J Paul Getty (Christopher Plummer, no relation) who was snatched in Italy in the summer of 1973. The film depicts the elder Getty as a miserly misanthrope, refusing to pay the ransom demands while dispatching his security chief, the excellently named Fletcher Chase (Mark Wahlberg), to Rome to meet with Getty’s former daughter-in-law, Abigail (Michelle Williams), and negotiate with the kidnappers while still denying that he’ll pay any money for the safe return of his kin. 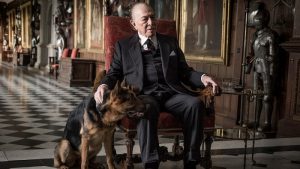 It starts promisingly enough. In a 1960s flashback we learn after years of estrangement, Getty Jr (Andrew Buchan) and his young family are welcomed back into his father’s good graces. The younger man is offered a job in Getty Oil’s executive. But Scott’s buried the lead here by not giving us more on what happened to turn Getty’s heir from an executive into a drug addict hiding out in Morocco, with his wife divorcing him and taking the kids.

If only the kidnapping offered genuine thrills. We never really get to know the teenaged Getty past his blonde curls and his fear, while Williams as Abigail has a few moments but is left adrift by a bullet-pointed script that gives her nothing to do but react. Plummer plays a compelling capitalist monster, but it’s hard to care. Wahlberg is the worst—his ex-CIA guy isn’t given much definition to start with, and he brings nothing extra to the table.

All of which leaves one of the kidnappers (Romain Duris) as the most compelling and strangely sympathetic character in the story as he tries to protect the kid, and the film never bothers to explain why. All of this makes this picture a relentless shrugger. While I was in the screening I was interested enough to want to see how it wrapped up, but the stakes remain resolutely low. 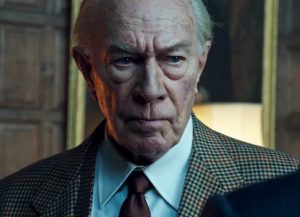 All The Money In The World will likely be best-known for the disgraced Kevin Spacey having been surgically removed from the film at the 11th hour and replaced by Plummer, who apparently was Scott’s first choice before the studio insisted on a bigger name actor. 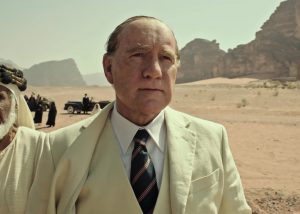 That it’s so seamless remains an astonishing technical feat, especially when you consider Plummer is in approximately a quarter of the scenes, and only once did I detect any digital trickery. More credit to Plummer’s performance in these rushed reshoots, and Scott’s indefatigable professionalism. Shame the rest of the film is such a bore.