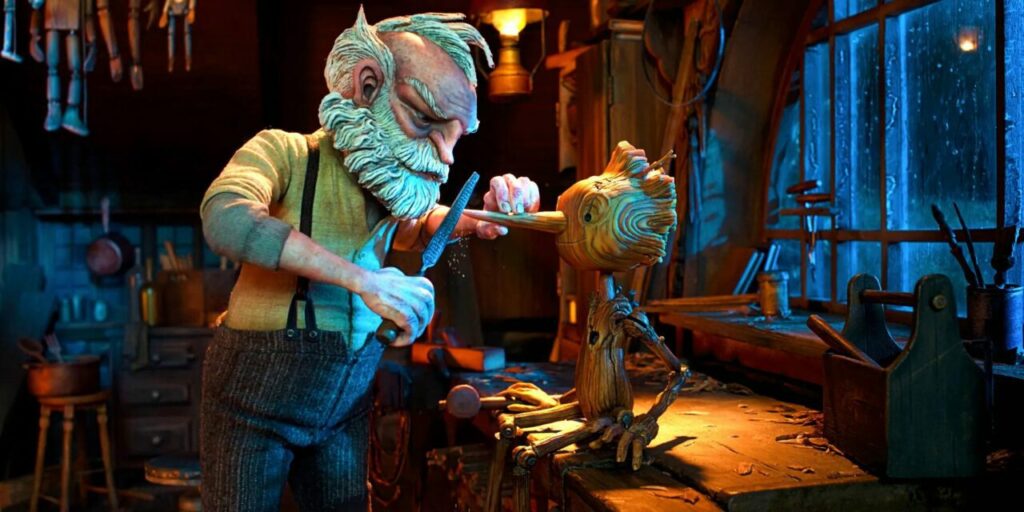 Directed by Guillermo del Toro and Mark Gustafson | Written by del Toro and Patrick McHale, from the book by Carlo Collodi | 117 min | ▲▲▲▲▲ | Netflix 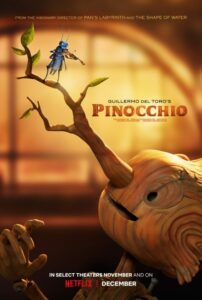 Any fan of Guillermo del Toro will know that the filmmaker’s passion for monsters  — from Pan’s Labyrinth to Hellboy to The Shape Of Water — means any effort he makes to adapt a classic fairy tale will be a dark, twisted affair, and likely unsuitable for kids. This picture bears no relationship with the Disney version of the story, especially the recent live action remake. 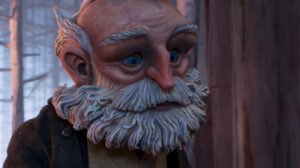 This Pinocchio is telling a story about death.  The conscience of the film, the blue cricket, Sebastian, says it simply. “What happens, happens. And then we’re gone.” But del Toro is also channeling Frankenstein, that monstrous classic about the ways in which technology we create may also destroy us. Guillermo del Toro’s Pinocchio is wildly imaginative an, in some ways, deeply disturbing. It’s may be his masterpiece. It’s also a lesson how long-existing stories can be reinvigorated for a modern audience. 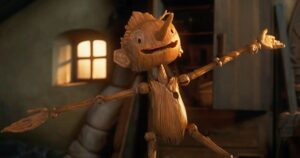 The skeleton of the story is familiar, told in a gorgeous stop-motion animation style. Set during the First World War and the years following, we meet Italian woodcutter Geppetto (voiced by the very busy David Bradley) and his son, Carlo, living in a village where a stray bomb strikes the church while Carlo is in it, killing him. 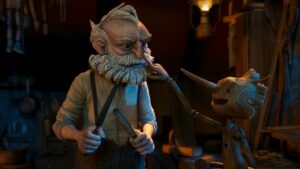 Geppetto is devastated and for years his life is hollow. One night, drunk and scalded by grief, he hacks down the tree standing over his son’s grave and from it carves a little wooden puppet boy to be his companion. An enormous, demonic Wood Sprite Fairy (Tilda Swinton) gives Pinocchio life, and offers a single wish to frequently singing narrator, Sebastian (Ewan McGregor), if he will guide the wooden creature. 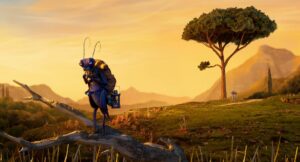 Pinocchio (Gregory Mann) is a chaos bomb, moving like a giant insect and prone to destruction. Geppetto isn’t very welcoming of him at first, and neither are the village folk. Pinocchio looks up at the incomplete wooden Jesus hanging in the remains of the church and asks, “Why do they love him but they don’t love me?” 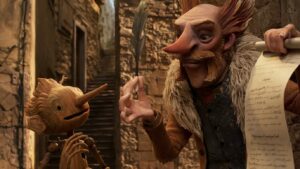 Soon, Pinocchio is being tempted by both a circus showman, Count Volpe (Christoph Waltz), with his Gremlin-like monkey assistant, Spazzatura (perversely, Cate Blanchett), and also a fascist soldier, Podesta (Ron Perlman), who is attracted by the possibility that Pinocchio is immortal and therefore will make an excellent little wooden soldier. 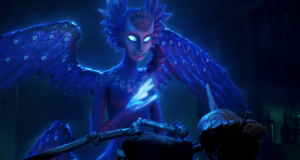 Pinocchio does, in fact, cross over to death, repeatedly, and there meets death’s rabbit pallbearers (Tim Blake Nelson) and Death herself (Swinton again, the master of dual roles — see Okja,  Hail Caesar and The Eternal Daughter), sister to the Wood Sprite. 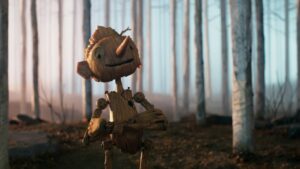 What astonishes here is both the thematic darkness, which is both terrifying and poetic, and the Ghibli-esque imagination in the visuals. Every turn in the plot brings another amazing creature. At times it also evokes the work of Dave McKean (Mirrormask, and all those superb Sandman comic covers). 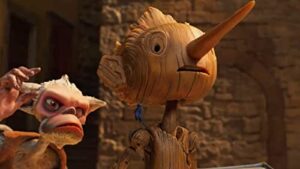 Despite the concern around mortality, this film is a long way from a dirge — it’s frequently hilarious, even if the laughs come with a mordant, melancholy catch. Poor Sebastian suffers the most as he’s frequently crushed by others in the story.  He’s also unable to get his song out (until the very end), interrupted every single time, which is a great gag. Yes, it is a musical —  the songs are charming enough throughout, though at least one is genuinely heartbreaking. 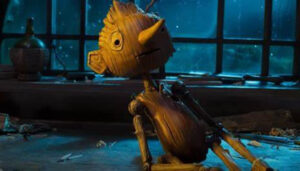 This is really something special, a film to return to for years to come.