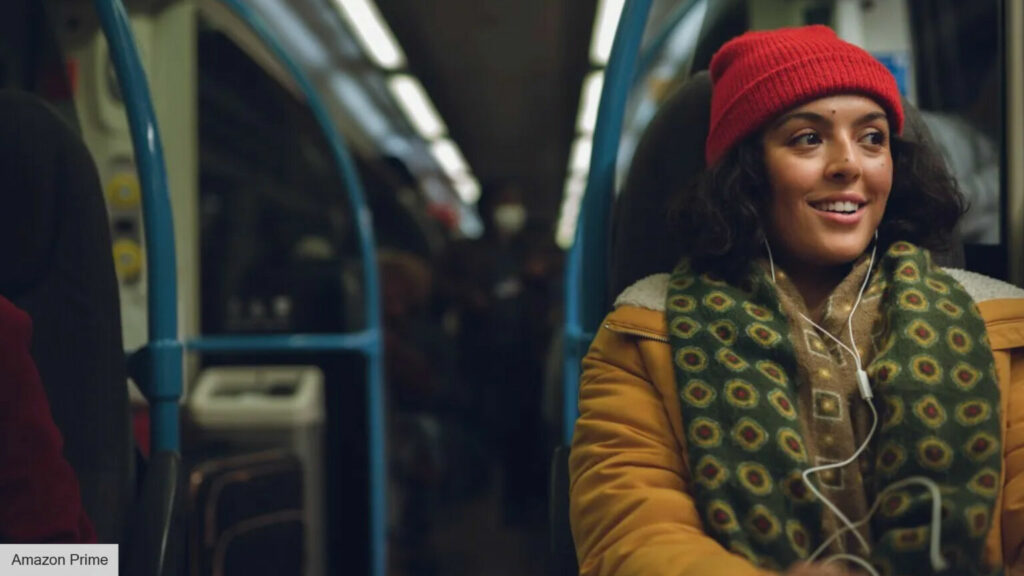 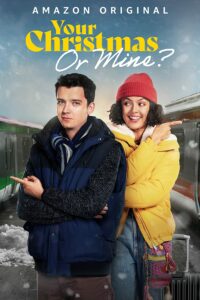 To the best of my knowledge this particular scenario has never been done before — young lovers get stuck at each others’ families with very different holiday traditions —  and for that reason alone I’d recommend Your Christmas Or Mine? to anyone looking for a charming, frequently funny diversion from the usual seasonal fare. 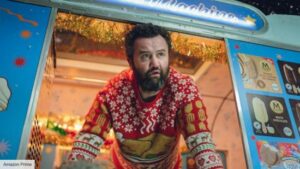 James (Asa Butterfield, all grown up) is at theatre school in London with Hayley (Cora Kirk), leaving for Christmas to their families somewhere out in the sticks from the most quaint of the many London rail stations, Marylebone. Simultaneously and independently, they get the same idea: run across the platform and jump on the other’s train to spend Christmas together, only to both end up a little lost at some wintry stop in the middle of nowhere. Then she loses her phone, which only complicates matters. 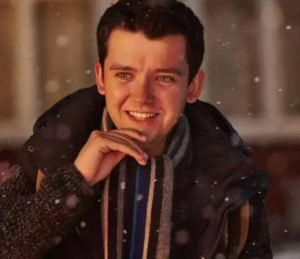 James, who is a secret toff with an aristocratic daddy (Alex Jennings), ends up with Hayley’s northern suburban extended family, including dad Geoff (Daniel Mays), mom Kath (Angela Griffin), much younger sibs, grandparents, and an aunt. They’re a lot of fun, even while it’s a bit implausible they’d welcome this guy in with open arms. It’s Christmas and everybody has a good heart! 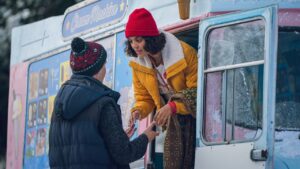 Meanwhile, Hayley is trapped at James’ family estate, which is dark, gloomy, and suffused with grief due to James’ mother having died a few years back. The house is run by Iris (the indefatigable Harriet Walter), with a whiskery weirdo (David Bradley) wandering just beyond the grounds with a shotgun. 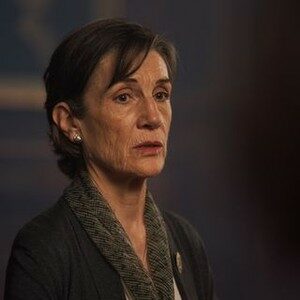 All this as an inch or two of snow falls, crushing the entire British Rail network. (This I can tell you is entirely true to life.) 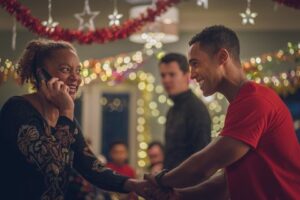 Naturally, these parallel seasonal fish-out-of-water stories allow for quite a few laughs — Kirk is especially hilarious opposite uptight Jennings — and inevitable revelations about both James and Hayley that the other wasn’t ready for them to know. However, this being a Christmas movie nothing too awful happens and there’s much love and seasonal togetherness to be found in the final few minutes. No spoilers there. 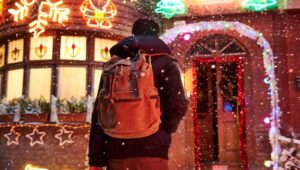 And while this picture gets full marks just for not being another Christmas Carol retread, it also earns a demerit or two for the appallingly fake-looking snow clouding the lens and slathered over every exterior, and an annoyingly plinky-plink score, with a theme that’s a direct lift from Trent Reznor and Atticus Ross’ The Social Network soundtrack.