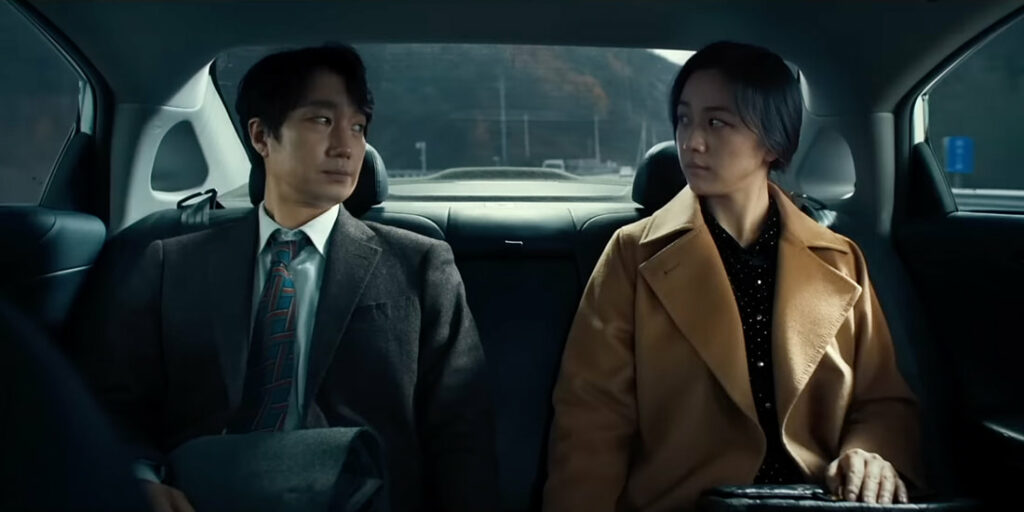 This lean, even austere New Orleans-set drama is from a first-timer, and sees the return of Jennifer Lawrence — who’s taken a little time away from her acting career recently — giving a surprisingly embodied performance, all angular limbs and slouched shoulders.

Lawrence is Lynsey, a vet returning home from Afghanistan traumatized in body and mind by what happened to her there, now facing the very things she left behind — a relationship with a mother (Linda Emond) she doesn’t really connect with, and other family who’ve gotten lost in their own way. Lynsey finds a job that she can do, cleaning swimming pools in the richer parts of NOLA, probably the Garden District, and strikes up a friendship with a local mechanic, played by Brian Tyree Henry,  who’s working on her truck while she’s healing and figuring out how to get back to service. 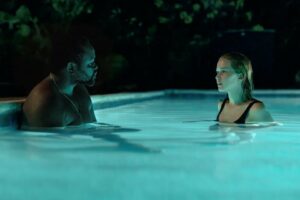 And that’s more or less it, a simple story of recovery featuring an unlikely collision of characters. Both Lawrence and Tyree Henry manage to deliver the underlying pain of their situations, exploring how to forgive themselves for what they’ve been through, with Lawrence also convincingly struck by foot-in-mouth-disease — she has a tendency to say the wrong thing at the wrong time, and what little I know about the actor, that seems true to her. They’re great together, and while this is the very definition of a small film, if it’s an indicator of where Lawrence would like to take her career going forward, huge props to her for the left turn into this indie, intimate work — it’s the closest to the grit of Winter’s Bone she’s done since. (Causeway will appear on Apple+ in November.)

The Eternal Daughter | Written and Directed by Joanna Hogg | 96 min 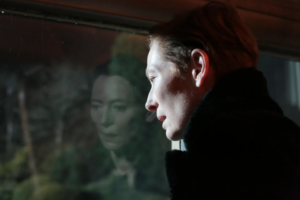 When I was a kid I lived in the UK for a few years, and I recall the low-budget mysteries that would show up on TV from time to time, supernatural and otherwise. They’d feature C- and D-list Brit thespians and would be set in some rambling pile, squeezing as much production value out of the location with Dutch angles and cheap effects. It would inevitably look like it was shot through a wet sock and deliver gaudy, tacky thrills. Hogg seems entirely inspired by that kind of film for her new project, with the stunt casting of Tilda Swinton in a dual role, as both mother and adult daughter, visiting the spooky house that was once their family’s, now a hotel. The key question here — and it’s so painfully obvious from the jump — is whether the mother is a ghost. As a big fan of Hogg’s recent two semi-autobiographical Souvenir films, this seriously disappoints in comparison. 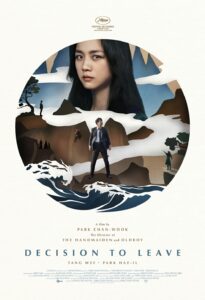 After the triumph that was The Handmaiden, Korean filmmaker Park Chan-wook delivers an ostensible, somewhat goofy noir about a dogged detective, played by Park Hae-il, also a married man, who falls in love with a woman, played by Tang Wei, who may have murdered her husband. 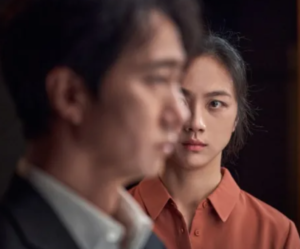 The construction of the film is typically impressive, labyrinthine in its character notes and plot twists, with a lot of pleasure to be taken from the various hidden motivations revealed through the picture’s extended running time. I won’t say it’s not entertaining, it certainly is, but it’s also undermined by tonal issues that tend to regularly scupper what’s good about it: A light, irritating humour in the script that clashes with the gritty, noirish elements, an unwelcome romantic sentimentality, and finally a lame “tragic” conclusion that I’d suggest doesn’t come close to giving the audience what it wants from the picture. 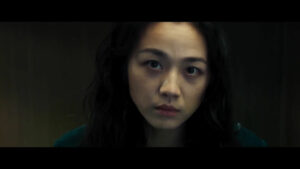 Yes, I was as interested how this convoluted story of cross and double-cross would turn out — and Tang Wei makes a terrific femme fatale — but overall Decision To Leave is a bit of a slog.