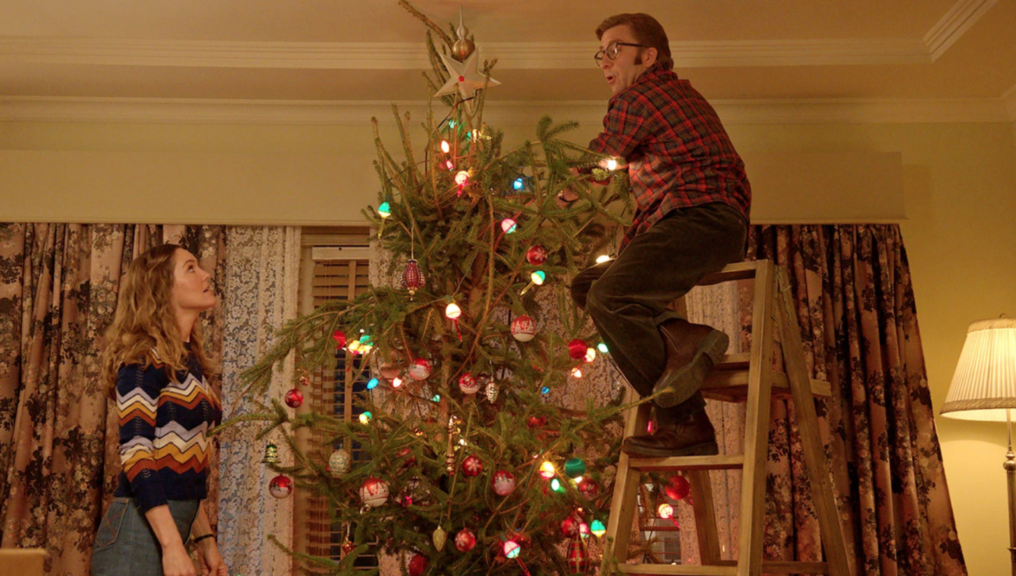 Directed by Clay Kaytis | Written by Kaytis, Nick Schenk, and Peter Billingsley, based on the book In God We Trust, All Others Pay Cash by Jean Shepherd | 98 min  | ▲▲▲△△ |  Crave 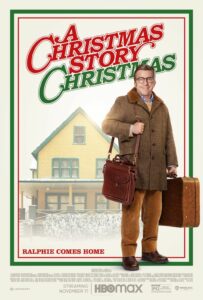 If I’ve said it once I’ve said it a dozen times, filmmakers attempting to sequelize a classic so many years later have a mountain of failures to overcome, with only a handful of genuine quality pictures that not only capture the spirit of the original but take it somewhere new and exciting. I won’t lie to you, this isn’t gonna enter the pantheon of amazing successors, but it’s not an embarrassment, which is maybe the best you can expect. 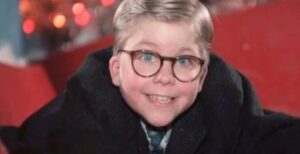 And yes, technically, there were two other sequels to A Christmas Story: straight-to-video My Summer Story from 1994 and A Christmas Story 2 in 2012. What this one has going for it is that it features the return of many of the original cast, including that button-cute kid, Ralphie Parker, now all grown up. Actor Peter Billingsley is here as producer (with Vince Vaughn) and co-writer as well. This is his baby. 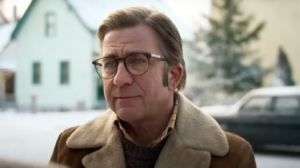 And while his blue peepers are unmistakable, he’s simply not as compelling a screen presence as he was as a kid back in 1983. His Ralphie is a strangely dull centre to this enthusiastic family movie, complete with his regular voice over and fantasy digressions, just like the first picture. And just like the first picture, this is a very white suburban fantasy aimed at making us all feel good about an American idea of Christmas. That the production is so wholesomely good-natured and slavishly faithful to the tone of the first movie, some of that effort can’t help but translate. 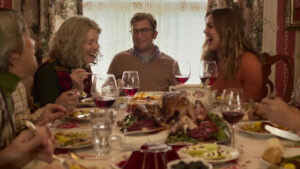 It’s 30+ years since the events of the first film. Ralphie’s married to Sandy (Erinn Hayes), and they’ve got two kids, Mark (River Drosche) and Julie (Julianna Layne). They live in Chicago where Ralphie’s trying to make a go of it as a writer, but having no luck getting his science fiction novel published. As Christmas approaches, his father passes away. (The original actor who played him, Darren McGavin, died back in 2006.) Ralphie and the family pack up the Oldsmobile with a bad radiator and drive to Hohman, Indiana, his home town, to spend Christmas with his mother — now played by the wonderful Julie Hagerty since the original actor, Melinda Dillon, retired from acting years ago.

Cue a series of episodic vignettes, very much like the first film with just a little less of what made it so memorable. The original picture had Ralphie obsessed with getting an air rifle for Christmas, and his desperation was the narrative and comedic force that really gave it life, along with the wacky antics of his family, friends, neighbours, and local bullies. 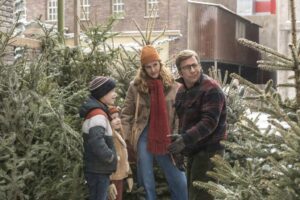 Some of that’s back — including buddies Flick and Schwartz (Scott Schwartz and RD Robb), still provoking each other to do bonehead things, and Ralphie’s former bully, Scut Farkus (Zack Ward) now with a more responsible role in town — but the picture simply isn’t as entertainingly frenzied, nor as glowingly nostalgic for the earlier, simpler time. You can see the production values aren’t nearly as robust. The fact at least some of this is shot using fake snow really makes a difference — that first movie was filmed in Toronto and that snow looked real. You believed it when Flick stuck his tongue to that metal pole! 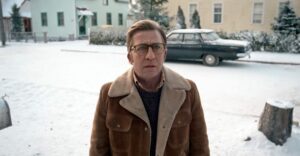 But Hagerty is delightful, with her fear of carollers and serious Scrabble aggression, and the kids are fun, especially Layne and her interrogation of the Higbee’s Department Store Santa. If Billingsley’s just a little dull, it’s OK. We still see the adorable kid inside him.