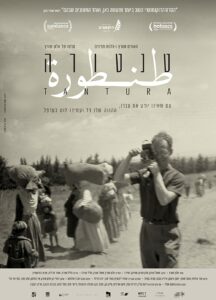 Disgraced Israeli researcher Teddy Katz has a lot to say about what happened in a Palestinian village near Haifa in May 1948, but about two-thirds of the way into this documentary he reveals especially damning evidence. He then urges the viewer to not take his word for what happened, or even the word of his sources. It’s right there in documents going back more than 70 years.

One thing that isn’t disputed here is that Alexandroni Brigade soldiers arrived in the seaside village and killed a number of Palestinian residents, but Katz’s study, having spoken with witnesses, suggests after the occupation many more were murdered lined up and shot, their bodies thrown into a mass grave. 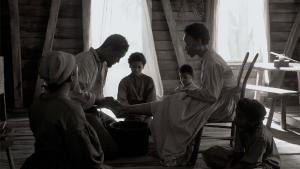 More than 20 years ago Katz and Haifa University, which published his thesis, were sued by veterans who felt he’d misrepresented them and drew attention to discrepancies in his work. It was a scandal that many were happy to see the end of, and it destroyed Katz’s reputation.

This film digs into the tapes of his original interviews, and goes further to speak to  men and women, some veterans, who are still alive — in their ’90s now — who remember what happened in Tantura. Many of the soldiers, now citizens of Israel, dispute the idea that there was a massacre, and if there was that they did anything wrong.  Some just blame it on war. Palestinians, who don’t appear in the film until about halfway in, have a very different memory of what transpired. 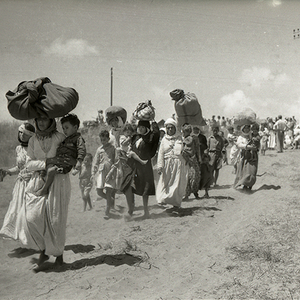 If a consensus is never reached, the film deftly explores a mix of selective and obscured memories. It’s not hyperbole to say what we witness is a conversation about the foundations of a nation built on a myth of wartime heroism. Historians in the film talk about what a lot of people need to believe about the way Israel was formed, its legitimacy as a moral society. Though it’s a more conventional picture, I’d compare it favourably to Joshua Oppenheimer’s The Act Of Killing.

What makes this picture unusual is that it exists at all, a colonist offering a narrative of possible war crimes. It makes clear that while Jewish Israelis consider what happened in 1948 a great moment in the formation of the country, Palestinians call it Nakba, “the catastrophe.”

The historians interviewed are split on ideological grounds, interpreting the evidence as they prefer to see it, considering witness testimony as either plausible or irrelevant. As we’re learning here in Canada, people need courage to face up to shared histories if there’s any hope for reconciliation.