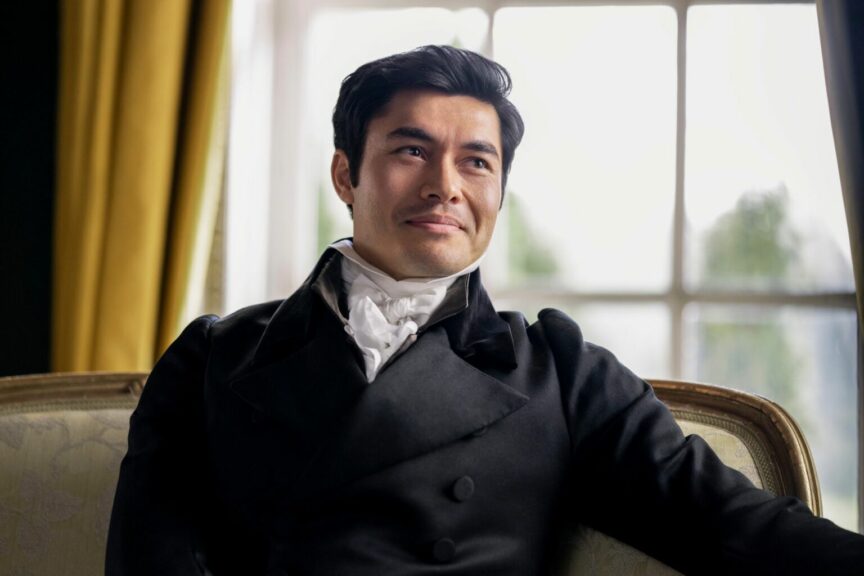 Directed by Carrie Cracknell | Written by Ron Bass and Alice Victoria Winslow, based on the book by Jane Austen | 107 min |▲▲▲△△| Netflix 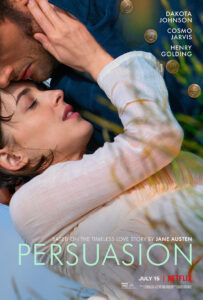 I was thinking we must be in the midst of an Austen revival, but Austen never really goes away. Just this summer we’ve seen Fire Island, which has its roots in Austen’s Pride and Prejudice, and there was the sparkling version of Emma in 2020. The peak of Austen adaptations for me will always be Ang Lee and Emma Thompson’s Sense & Sensibility, though the series version of Pride and Prejudice, with Colin Firth, is also pretty iconic, which led to Bridget Jones. I gather a lot of people love Clueless, too, though I think I came to it a little too late.

Now we have a new version of Persuasion. 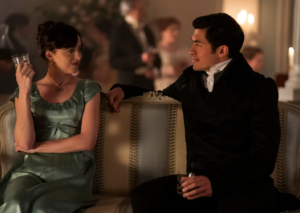 Last week I spoke with Rad Simonpillai — NOW Magazine Acting Editor and Pop Culture columnist on CBC Radio — about this film. He noted that Austen purists are up in arms about the liberties the screenwriters have taken with Austen’s very precise language, using modern terminology like “empath” and “my ex” in amongst the class-conscious bon mots. This, apparently, is in order to ensorcel the Millennials and Gen-Zeds who fell for Netflix’s Bridgerton. 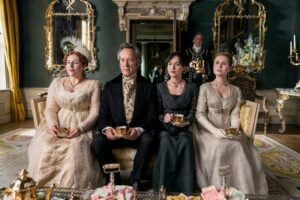 Rad didn’t have much of a problem with the language, and neither do I. Does it make the entire production feel a little trashier? Probably. Those who clutch the novel close to their chest might be offended, but in the collection of cinematic adaptations I’ve seen, Persuasion stands amongst them as a lightly entertaining period romcom. 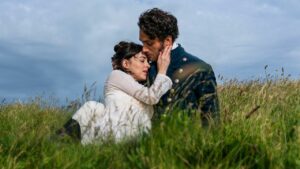 Persuasion is one of the Austens I’m least familiar with, but it has many of the writer’s hallmarks: A group of sisters, the witty, intelligent lead, and the concerns around social structures, strictures, and wealth. Years ago, Anne Elliot (Dakota Johnson) turned down a suitor, a young Navy officer, Frederick Wentworth (Cosmo Jarvis), because he had no fortune. Eight years later she’s still distraught over what she thinks was the worst decision of her life.

Her immediate family isn’t much help. Her father, Sir Walter (Richard E Grant), is vain and extravagant, who’s steered the family into dire levels of debt — though it’s a problem the screenplay rapidly ignores.

Anne has a younger sister, Elizabeth (Yolanda Kettle), who is beautiful and clueless, and an older one, Mary (Mia McKenna-Bruce), a selfish and entitled hypochondriac. 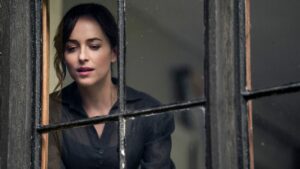 Anne is likeable compared to her more extreme, twisted sisters, but there’s something about her that feels entirely different than the other Elliots. Dakota Johnson is a charming and eminently watchable screen presence, she conveys all the intelligence and wit that the role requires, and seems comfortable with the accent. The trouble is she’s entirely an American in her acting style. It seems obvious in this cohort of corseted thesps, much more so than some of her predecessors who crossed the pond for these kinds of roles — I’m thinking of Gwyneth Paltrow and Renée Zellweger. 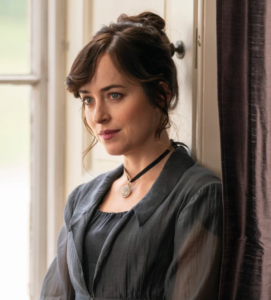 Johnson is laid back, much like her father, Don Johnson. That style is compounded when she continuously breaks the fourth wall, like a Fleabag in Lace, a conceit that quickly becomes tiresome. She’s strangely out of step with almost everyone around her, including Cosmo Jarvis as Wentworth.

He’s not especially compelling on his own, mind you. He returns to Anne’s social life with a successful Navy career and a fortune, but the first few times he’s onscreen he mumbles his dialogue, opening and closing his mouth like a goldfish out of water. This is the guy Anne’s been pining for all these years? It’s hard to believe. 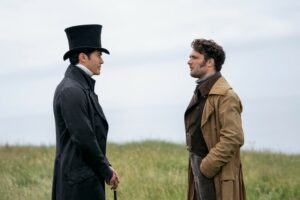 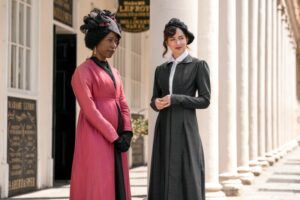 Despite some intentional and unintentional awkwardness, things do turn out rather well with this new Persuasion.

While Johnson may be a little implausibly glamorous as someone who’s suffered alone for almost a decade, she is winning and sympathetic once she has a figure or two in her life to represent potential romantic intrigue. The supporting cast help a lot, especially McKenna-Bruce as Anne’s older sister — she manages to be an appallingly awful character but still very funny, which is a real trick if you can do it. 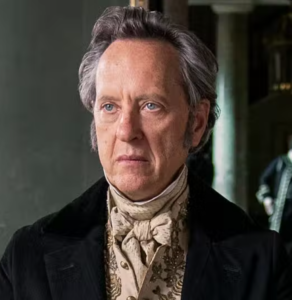 Of course Grant is always a joy. Like me, you may wish his role had been larger. The purists may wrinkle their noses at this movie, but I was eventually persuaded this is a worthwhile effort.