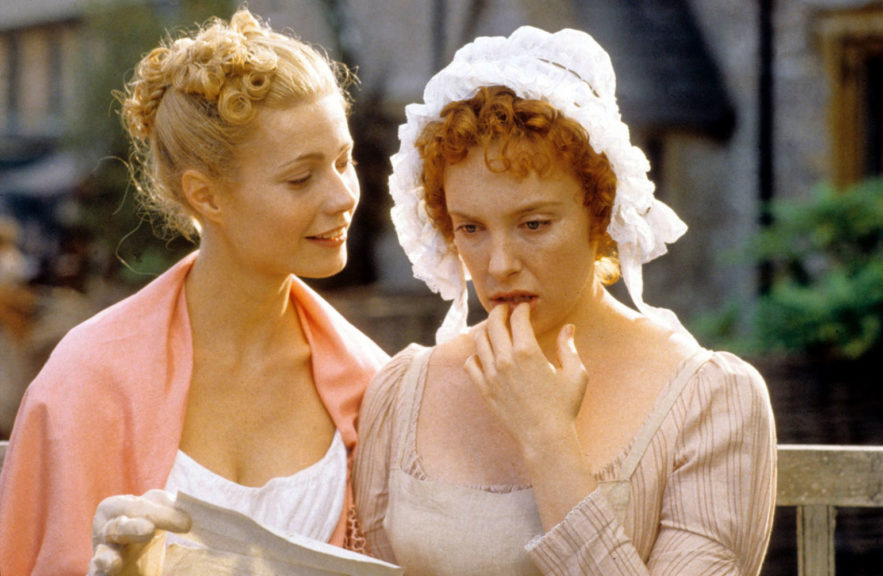 With Emma, the Jane Austen novel adapted for a feature film opening today, it seemed like the right time to go back to previous movie versions. For a deeper dive, there are a host of takes on TV, including a well-regarded 2009 BBC edition and a TV movie starring a very young Kate Beckinsale. Here are reviews of the earlier film versions. 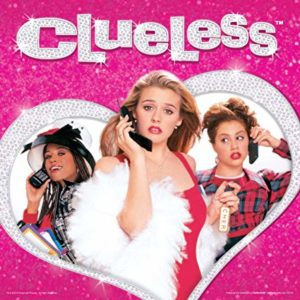 This film has a remarkable reputation, though I’m not sure it’s entirely earned given the badly dated storm of ’90s fashions, vapid teen-speak, and Paul Rudd’s heavy black eyeliner. The story transports Austen’s Emma Woodhouse to Beverly Hills in the person of 16-year-old Cher (Alicia Silverstone), popular girl and self-appointed cupid at her high school. At first I couldn’t help but think Cher and her friends are basically Heathers but with the satanic, colour-coded mean girls transformed into a group of secretly thoughtful if entirely ditzy heroes. 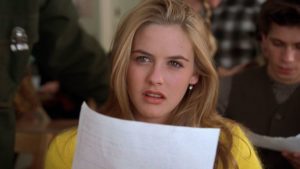 But stick with it and you’ll eventually be rewarded. Heckerling cleverly weaves the Emma plot threads while Silverstone’s undeniable Goldie Hawn-in-Private-Benjamin charm manifests — it’s surprising this movie didn’t make her a bigger star. Sadly, she may have been the only actor of the Batman and Robin ensemble (and debacle) who wasn’t left unscathed by association.

Rudd didn’t quite have the confidence to carry a movie in his 20s, but in support he’s fine, while the always reliable Dan Hedaya, Wallace Shawn, and the late, great Brittany Murphy all go a long way to lift the proceedings. It’s still occasionally cringeworthy, but it’s got enough heart and wit to make it worthwhile.

Incidentally, for those who haven’t seen Clueless and are curious about the full audience experience, there’s an upcoming opportunity to catch it on the big screen in Halifax. Click here for the scoop. 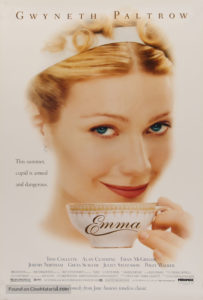 This adaptation came hot on the heels of Ang Lee’s terrific Austen adaptation, Sense and Sensibility, in the thick of the British period film rage of the 1990s, kicked off by the success of Merchant-Ivory’s EM Forster adaptations. Emma also provided Gwyneth Paltrow with her first above-the-title feature role, acting with a cut glass posh British accent and no end of frocks that accentuate her goose-like neck. She’s good in the lead — she finds the double edge of the character, capably embodying both the manipulative, matchmaking busybody and, eventually, the grace and vulnerability that allows us to fall for her. She’s also convincing as a woman of privilege, as Austen wrote a character that “lacks neither fortune nor position.” She was basically saying a single woman with money is always respectable, but there’s an undertone of criticism here that this is what women in English society at the time can only aspire to, gossip and meddling. “Better to be without sense, than misapply it as you do,” suggests Mr Knightly (Jeremy Northam), Emma’s friend, critic, and the most likely suitor we can also see coming from a mile off, even if Emma can’t. 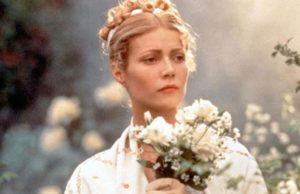 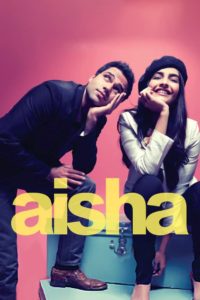 If you, like me, found Clueless irritating in its superficiality and Rodeo Drive wish-fulfillment scenes, Aisha is going to be a real challenge.  Indian cinema operates with an entirely different set of cliches and  humour, but even allowing for cultural translation loss and dodgy subtitles, this updating of Emma to the subcontinent is abysmal.

Aisha (Sonam Kapoor) is a socialite and wedding planner, glamorous but awful, as is her best friend Pinky (Ira Dubey) and her new pal and makeover project, Shefali (Amrita Puri). Aisha’s best friend/worst enemy Arjun (Abhay Deol) is the Knightly stand-in who drives her crazy because he’s a status-climbing corporate stooge, but she’s jealous any time a woman shows interest in him, though totally unaware of why — she’s just, ahem, clueless. And naturally, she’s also critical of Shefali’s interest in a “middle class” boy. The characters are resolutely obnoxious, the writing bog-standard, and the comic timing nonexistent, so when the inevitable turn for the dramatic arrives, it offers some relief from the tedium. 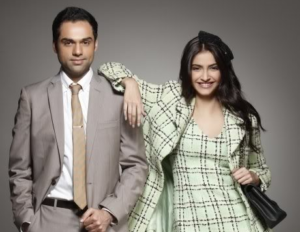 Kapoor’s charmless performance makes it very hard to forgive her trespasses — this movie turns the Emma character from a well-intentioned manipulator into a genuinely nasty snob. Only a mid-movie dance sequence and some lovely exteriors in Delhi, Mumbai, and the Indian countryside offer any real interest. It’s a shame, because it’s easy to imagine the social politics of Austen’s time as a good fit with modern day Indian class structure. Maybe in a more thoughtful movie.