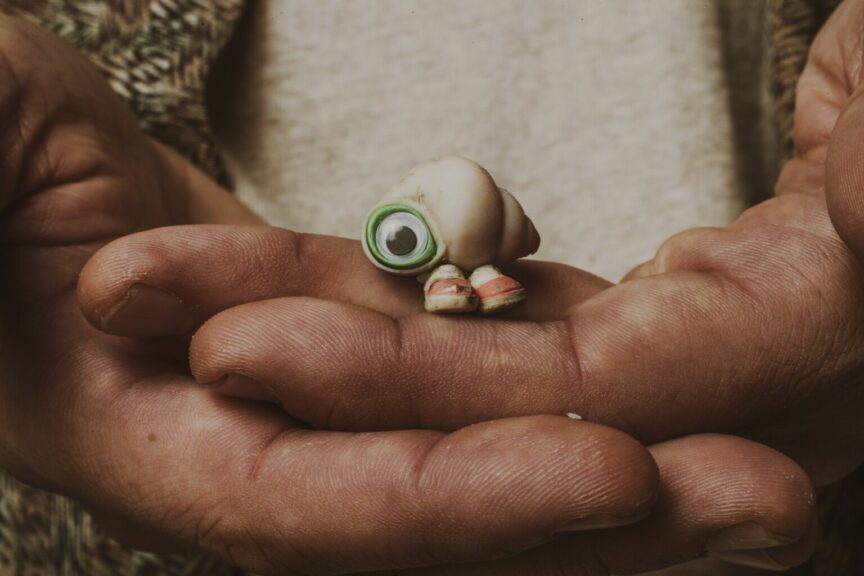 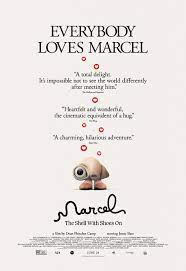 I’m sure I’m not the first person to piece this together, but it strikes me having seen Marcel The Shell With Shoes On that the real recipe for successful whimsy is one part sweetness, one part innocence, and one part melancholy.

If you remember the YouTube sensation from about 10 or so years ago, you’ll know what to expect from the new A24 feature, Marcel — which feels like a direct extension of those shorts. If you don’t know Marcel, here’s a little of what to expect: 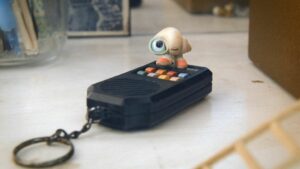 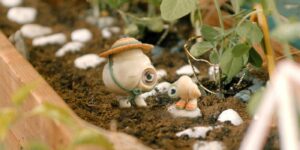 Marcel is quite capable for a shell with no arms, one eye, and a mouth. He gets around in a tennis ball and he’s figured out how to shake oranges out of a tree in the back yard. He and Nana Connie love to watch Lesley Stahl on 60 Minutes so they’re pretty well-informed. He walks in honey so he can climb up walls and windows with his sticky feet.

Marcel has a few key life truisms, like, “You miss 100% of the shots you don’t take.” That’s something he picked up from an athlete,  Whale Jetski.

Even me, a notorious curmudgeon, finds that adorable. Marcel is also, frequently, very funny. 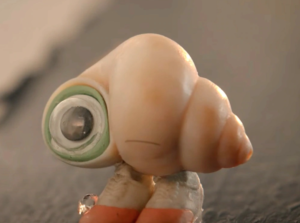 The film is shot in a faux documentary style by the director, Fleischer-Camp, who plays himself in the film, asking Marcel questions about his life. Marcel clearly appreciates the attention, but he’s also worried about the rest of his family who left the house some time before, and about Nana Connie’s health. 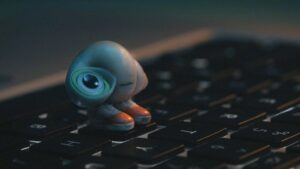 The plot isn’t what makes Marcel the Shell with Shoes On special. It’s about him and his strangely indomitable character, his smarts, and his ambition to reconnect with those he loves. It’s also about his dreams, his fears, and his intrinsic kindness. 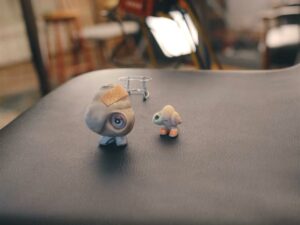 And while it’s funny and charming, it’s also about loneliness and heartache. When Marcel cries it looks like he’s in danger of drowning. The director’s character is clearly managing sorrow, too, as he’s freshly out of a relationship. Apparently Slate and Fleischer-Camp, who created Marcel, divorced years ago, so this film feels freighted with their real-life heartbreak. It’s as much about connection as it is about things that don’t work out in life. 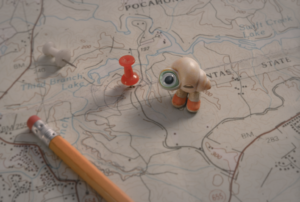 Nonetheless, this is a hopeful story. Marcel won’t let you down.