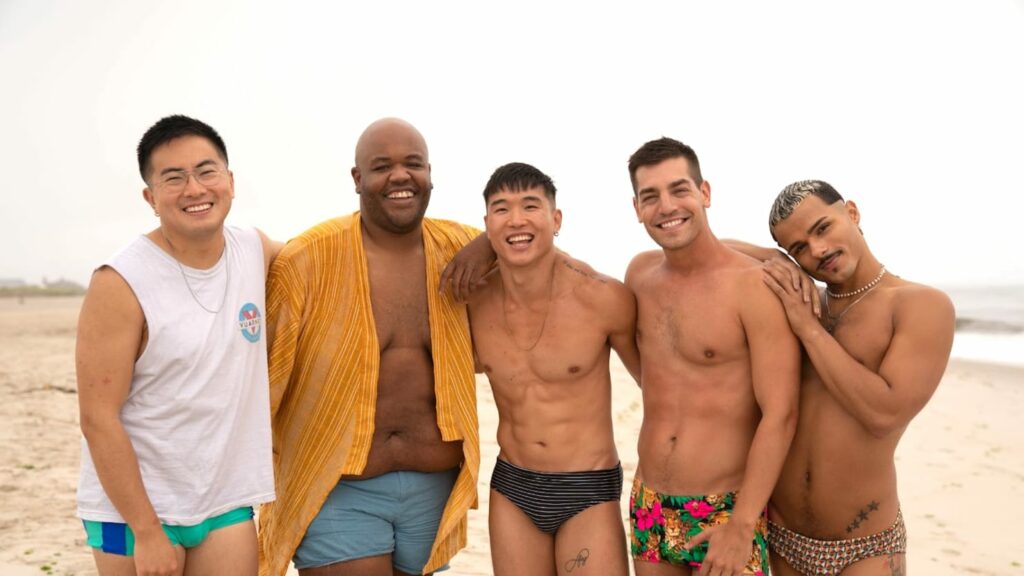 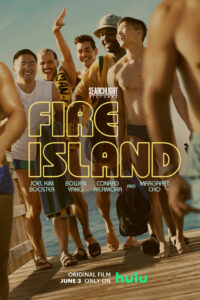 I love the concept here: A gay romcom loosely based on Jane Austen’s Pride and Prejudice set on the legendary Fire Island, a longtime, celebrated queer community off Long Island, New York. And, for the most part, it works. I mean, if Alison Bechdel makes a corollary to her test for this picture which has only one significant female character, you know there’s something here worth seeing.

It concerns a group of close friends who head to said gay paradise for their annual summer getaway. Screenwriter Booster is Noah (the Elizabeth Bennet role), the lead in the ensemble. His central interest is in his buddy, Howie (Bowen Yang, in the Jane Bennet role), making sure he has a good time and gets  laid. 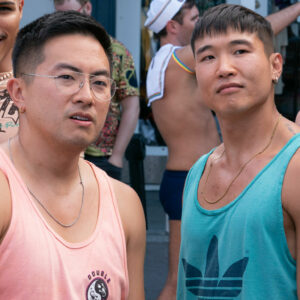 But Howie might need some extra help for this mission to succeed. He’s more anxious and sensitive than the rest of the crew, and maybe less ripped than some of the other “Benet Sisters,” including Matt Rogers, Tomás Matos, and Torian Miller. Margaret Cho is Erin, the movie’s Mrs Benet, a friendly lady on the island who lets the crew stay at her place. 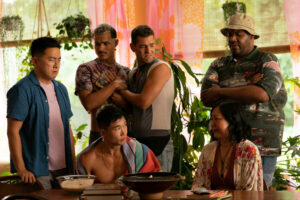 Looks like this is a last stand on Fire Island for this group of friends — Erin can’t afford to live there anymore and is planning on selling.  And to paraphrase something Noah says in his voice-over, these guys aren’t really poor, they’re just never, ever gonna own their own house. 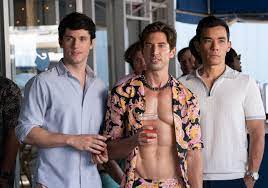 On the island they meet a far wealthier group of visitors, including a young doctor, Charlie (James Scully, the Charles Bingley stand-in), whose best pal is the stuffy, judgmental lawyer, Will (Conrad Ricamora, very much like Fitzwilliam Darcy), Also in the mix is the dubious Dex (Zane Phillips, the George Wickham character). 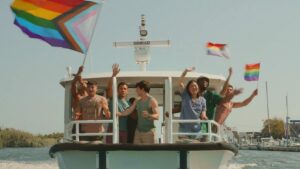 My memory of Pride and Prejudice is a bit fuzzy, but that didn’t impact my appreciation of Fire Island a whit. The film is a charming, clear-eyed queer romcom with enough self-awareness and realism in the drama to lift it beyond any cultural cliches it might dance with, while the key relationship — between Noah and Howie — is between two queer Asian-American characters, which brings a whole other level of identity politics to the storytelling that we’ve rarely seen in American cinema.

Yes, it’s entirely light and breezy, but not without touching on issues of racism, body consciousness, and how baked-in heteronormativity can sour one’s dreams of love — even if you don’t consciously subscribe to those straight romantic myths (ie: traditional romantic comedy tropes). 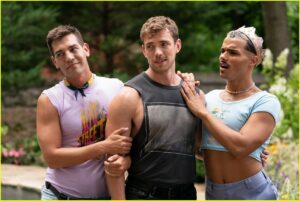 I wasn’t sold on the heavy use of that voice-over — as a technique it’s usually more effective used sparingly — and I was disappointed that some of the supporting characters barely manifest a personality — but I was willing to give this picture a lot of leeway due to the appeal of the ensemble and the sharpness of its script, packed with gags that land a lot more often than they don’t. 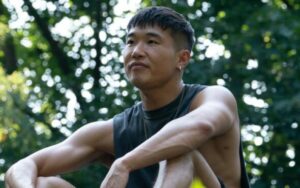 Whether it will satisfy the Austenites in the audience looking to see if the universality of their girl’s writing transfers to this scenario is more or less besides the point. Fire Island is lit on its own terms.