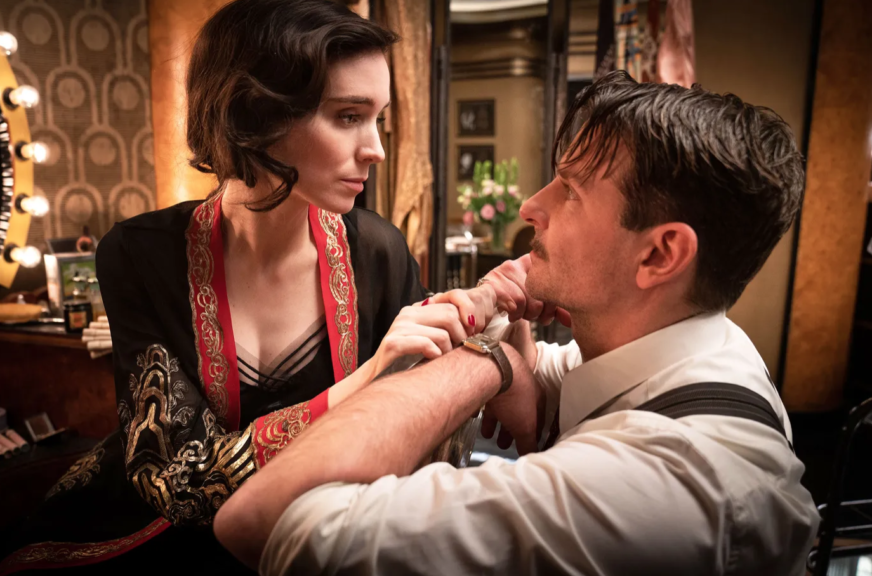 Directed by Guillermo del Toro | Written by del Toro and Kim Morgan, based on a novel by William Lindsay Gresham | 150 min | Crave 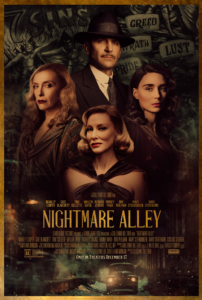 In October 2017 I was in Toronto for two reasons: One to attend the 50th birthday party of a good friend, the other to see Guillermo del Toro’s remarkable At Home with Monsters exhibition at the Art Gallery of Ontario. I’m so glad I made the effort to witness the dark treasures on display as it provided a window into the filmmaker’s obsessions.  I’ve got a lot of time for del Toro’s particular, detail-oriented vision, in films as wonderful and diverse as Pan’s Labyrinth, Pacific Rim, and his Oscar triumph, The Shape of Water. 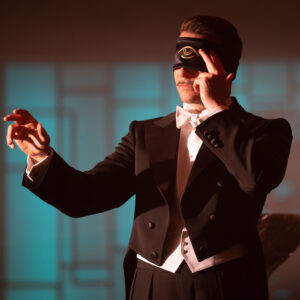 His follow-up to that picture is another period thriller set in the past, but Nightmare Alley doesn’t dwell on a supernatural phenomenon, but the pretence of such — it’s something else altogether.

It’s a deep, murky, and punishing noir, whose story was adapted once before 74 years ago, with Tyrone Power in the leading role — that one’s on the Criterion Channel now if you’re interested in seeing it. I did,  and was glad to, but then I’m fascinated by variations in adaptations, as with Little Women and The Secret Garden. 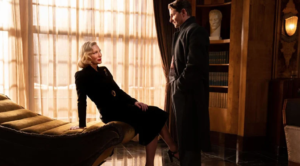 These two versions of Nightmare Alley have a lot in common, as you’d expect: Both are set in the 1930s following a deeply flawed protagonist, Stanton Carlisle, a proud, clever, and fast-talking huckster who works in a grimy, low-rent travelling carnival. There he stokes his gift for the grift and poaches an act from a couple who’ve been in the game for years, Zeena and Pete. It’s a mentalist scam that requires a code between performers to work. Stan romances the young, pretty Molly right under the nose of her protector, Bruno the Strongman, and sweeps her away. Soon they’re headlining the mentalist act in the big city, but Stan’s ambitions don’t stop there. When he meets a psychotherapist, Dr Ritter, he realizes he’s found a partner for much bigger scams. 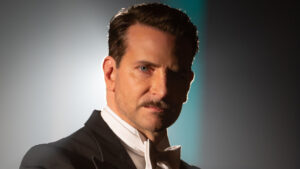 The big difference between the films is the earlier one is narratively a lot leaner and meaner. Del Toro luxuriates in this material, adding nuance and subplots that help flesh out the characters: Stan’s memories of his father’s death, for example, a dark sin given more detail in the new film.

And Stan himself is a far more complex character as portrayed by Bradley Cooper. He’s mysterious, but he quietly walks a jagged line between likeable, damaged, and evil. Cooper cleverly doesn’t tip his hat to his weakness until late in the going, making us complicit in his journey.

It’s a good move. Tyrone Power brings a lot of charisma to his take on Stan, but there’s little doubt with him that he’s bad to the bone — we can see it’s only a matter of time before he makes a terminal mistake. Cooper gives us more hope for a possible redemption, in his love for Molly and his desire for a better life, away from the geeks of the midway. 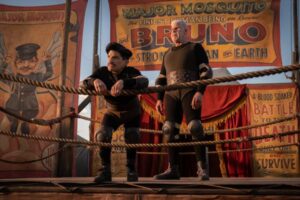 Del Toro layers mood upon mood here, and his passion for pulp and for a certain, traditional way of moviemaking is undeniable. It’s in every costume choice, gorgeous art deco set dressing, and deliberate camera move. Watch the way the light moves across Cooper’s face when he watches Rooney Mara’s Molly pass.

The casting could barely be better: Toni Collette as Zeena, David Strathairn as the alcoholic, Pete, and Cate Blanchett in a full-on femme fatale mode as Dr Ritter. Around them are gathered some of the best, most distinctive faces in Hollywood: One of del Toro’s favourites, Ron Perlman, alongside Willem Dafoe, Richard Jenkins, Mary Steenburgen, Holt McCallany, Clifton Collins Jr, Tim Blake Nelson, and Stephen McHattie. The only thing that might’ve improved it is a little Tom Waits, in a carny role or on the soundtrack. 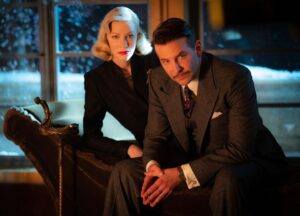 All of this is entirely commendable. For the real cinephiles there’s so much to enjoy here I recommend it unreservedly. But this is also one of the few times I’m shy to broaden that reservation beyond the hard core del Toro fan or someone who, like me, has that Criterion Channel subscription. 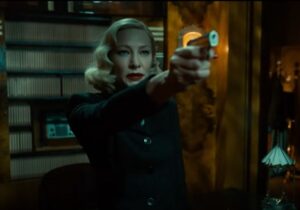 That’s because del Toro’s film is so baggy. Its narrative thrust is gradual to the point where it arguably does a disservice to its material. The filmmaker lets scenes play out far too long and pays way too much attention to the supporting cast to the detriment of the film’s core narrative. It would’ve taken some deft editing, but the film could’ve been 40 minutes shorter and might’ve been better for it. You may feel like he’s trying to make The Shawshank Redemption, but there’s no Red or Andy to genuinely care for, only the dark mechanics of a story about desperate, unhappy con artists and their marks. 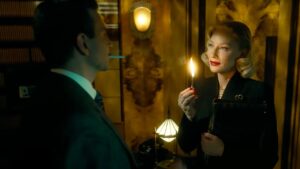 Don’t get me wrong, I admire a lot of this new take on Nightmare Alley, and will likely want to see it again somewhere down the road — but the tale is so deliberate I expect a lot of people won’t have the patience for it, and I don’t know that I’d blame them.