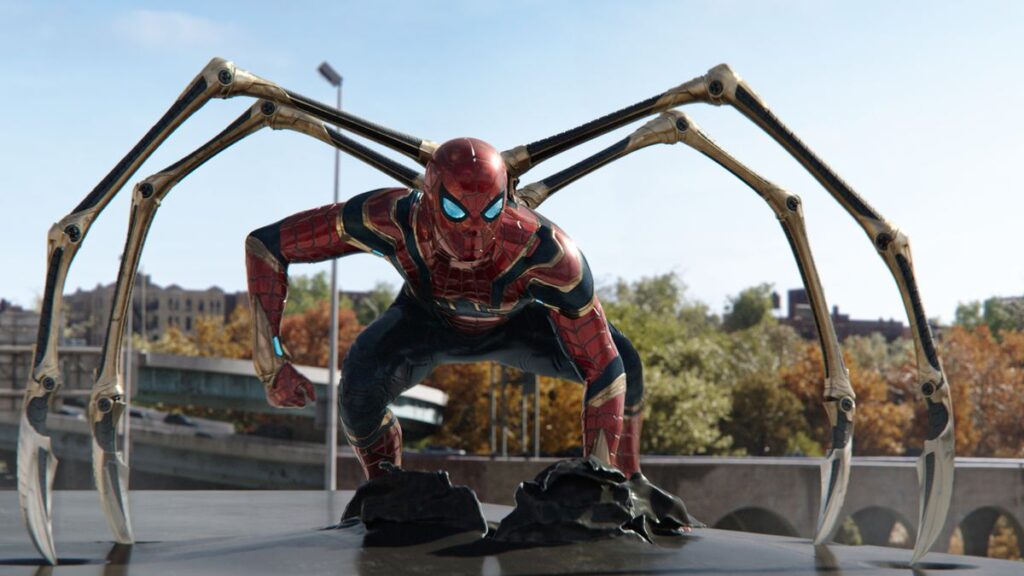 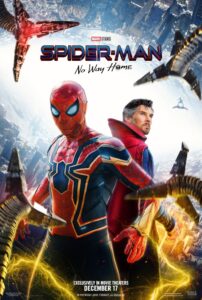 Let’s have a chat about the definition of “fan service.”

It’s a term that gets thrown around a lot lately, especially in relation to the Marvel Cinematic Universe. It’s the idea is that these movies’ producers are pandering the uber-loyal fans of the material by giving them completely unchallenging content that references what’s gone before without forwarding the story. By doing that, the narrative gets stuck in a kind of  feedback loop of trash that simply replays the hits of the past in a hollow, pointless pastiche.

I’d like to argue, for the record, that’s not what’s happening in this, the third MCU Spider-Man movie. What the filmmakers are doing here is being true to the source: serial mythos that have, in the past at least, been slavishly faithful to the idea of continuity across a single or multiple comic titles. 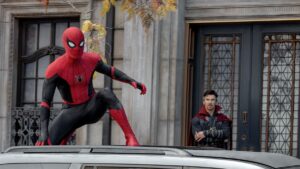 Going back to the 1960s, Spider-Man had his own comic, with a second and third added later. He might guest star in another comic, or even have a villain show up who we hadn’t seen in a year or two, and the editors would often include a note letting us know what issue that was when it’s referenced. Character timelines were sacrosanct — readers were rewarded for their consistent attention, even when another writer or artist told the tale. The web of plot and character details were maintained across the mighty, sprawling Marvel narrative, even when the stories got cosmic, magical, or involved time travel.

(One of the biggest mistakes Marvel ever made was sacrificing the continuity control it once had over its marquee characters to instead have them star in half a dozen comics a month written by multiple writers — or just throw them together in some crossover non-event — but that’s a whole other discussion.) 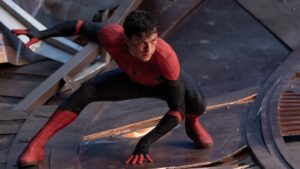 Here you have the feeling the filmmakers have very much tuned into the history of the character in the past 20 years or so of movies, drawing connections between iterations, just like the comics used to do. It makes for a movie that feels more like a comic book than most of these recent superhero movies.

The argument that it’s calculated fan service falls apart in the face of an entirely effective storytelling trope that’s been true in each version of the franchise, fleshing out the ongoing elements of Peter Parker’s story — themes of self-sacrifice, of responsibility to help those in need, and of what it really takes to be a hero. That very much includes the well-reviewed animated edition, Spider-Man: Into The Spider-Verse. 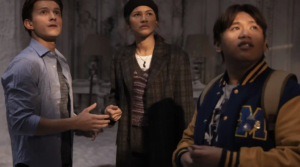 From that picture, which so deftly introduced us to the idea of a multiverse — parallel universes where alternate versions of familiar characters exist —  Spider-Man: No Way Home manages to remind us  of the importance of its source continuity.  It’s a surprisingly emotional triumph, maybe the most epic tale yet of the teen superhero, bringing to a satisfying conclusion these three Tom Holland Spider-movies while clearing the slate for whatever happens next.

A lot of the joy of it comes from not knowing what’s going to happen in advance. I won’t be the one to spoil it, don’t worry, so won’t say much about the plot that hasn’t already been revealed in the trailers. 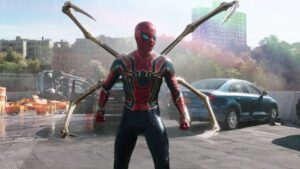 At the end of the previous movie, Spider-Man: Far From Home, Peter Parker’s secret identity has been revealed to the wider world. This complicates his life, but even more so it hurts his friends, MJ (Zendaya) and Ned (Jacob Batalon), and their hopes to get into prestigious post-secondary institutions. Desperate to help them, Peter goes to see his friendly neighbourhood wizard, Dr Strange (Benedict Cumberbatch), to see if he can whip up a spell to make everything go back to the way it was before. 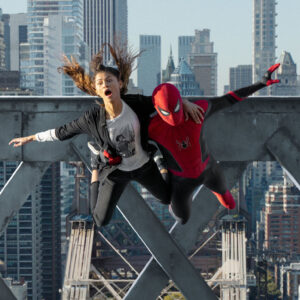 That doesn’t go well, and all of a sudden Peter’s facing off against villains who show up out of nowhere, gunning for him, villains who he doesn’t recognize — including Doctor Octopus (Alfred Molina), Electro (Jamie Foxx), and The Green Goblin (Willem Dafoe). 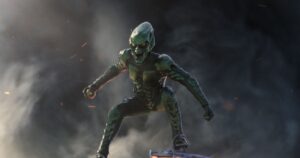 These are villains from the previous chapters of Spider-Man movies, the largely unloved two starring Andrew Garfield — who’s having a terrific 2021 with his musical triumph — and the three largely adored movies (well, two of them at least) starring Tobey Maguire.

What this rogues gallery of baddies are actually doing in this particular universe and what Peter needs to do to help them return to where they came from is a big part of what this picture is about.  While it’s a smidge too long, it doubles down on what always worked best with this character.

That outsized sense of responsibility for the welfare of other people — we even get the famed quote about “great power” in this one. But that duty to what’s right for others can get him and the people around him in trouble. They might not blame him for that, but Peter blames himself. And that’s what makes him so interesting — we admire his powers, his sense of humour and his heroics, but we really wouldn’t want to be Peter Parker because those things that make him special also make his life a complete mess. 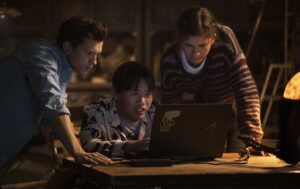 This is also the movie in this franchise that gives the most time to the supporting cast. A Scooby Doo reference is fitting — this Spidey has a team around him, allowing Zendaya and Batalon plenty of moments to shine. Also providing welcome support here are Marisa Tomei as Peter’s Aunt May and Jon Favreau as Happy Hogan, who provides Peter’s connection with his late mentor, Tony Stark. 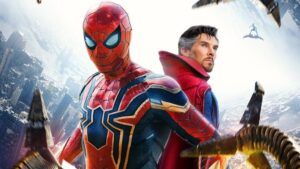 What Spider-Man: No Way Home attempts shouldn’t work nearly as well as it does, but its heart is so huge it makes it easy to overlook a few sins — some dodgy CGI around a few ho-hum action sequences that do nothing to forward the kind of thrills already established in these movies.

What it does much better is knit together a whole lot of story, offering resolution and redemption in a way that’s hugely rewarding to anyone who’s spent years watching these movies, and does it with more than a little grace and style.