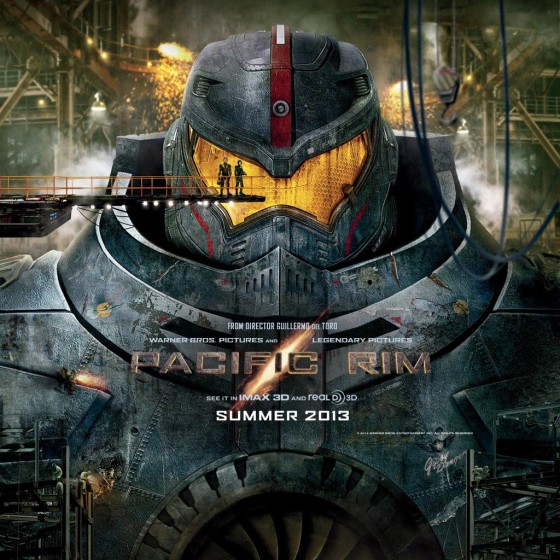 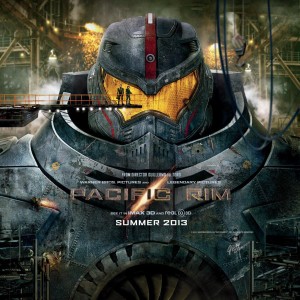 I’ve enjoyed a lot of what Hollywood has served up for the summer of 2013 blockbuster season. Superhero pictures like Iron Man 3 and Man of Steel have delivered, for the most part, as did the sixth Fast & Furious. But what I’m always looking for in sweaty-season escapism is an indelible sense of fun, something that I’ve only found in small doses this year. Until now.

Pacific Rim is the Citizen Kane of giant robot/monster movies. It’s huge and cartoony while still bringing plenty of real excitement. It gives the audience a group of characters to care about, and typical of del Toro, plenty of visual eccentricity. And if there are elements that aren’t entirely original, the enthusiasm with which they’re thrown together makes it all seem fresh. I sat through this movie with a huge grin on my face. It made me feel like a 10-year-old again, which for this kind of movie is basically the highest compliment I can pay it.

The world we are deposited into has been fighting Kaiju—enormous squidio aliens, named for the Japanese movie monsters from the 50s and 60s—for years now. We get the whole story in a handy expositional montage: The Kaiju emerged from a dimensional rift in the ocean floor near Hong Kong and headed east at first, attacking San Francisco. Other international cities got demolished, too, but humanity pooled its resources, creating gigantic robots, called Jaegers, to battle the aliens. The robot tech is too much for one person to handle, so each is piloted by two people. They’re psychically joined in what’s called “the drift.” It’s hard to say what qualifies two someones to pilot these things, but it seems a familial connection is a typical requirement. If not that, then a genuine affinity for the other person.

One of those Jaeger crews consists of brothers Raleigh and Yancy Becket (Charlie Hunnam and Diego Klattenhoff) piloting a machine called Gipsy Danger. An early pace-setting battle ends with the team split, leaving Raleigh to go off to work in construction. Meanwhile the Jaeger program is mothballed when the monsters start showing up more regularly; new tactics are required. Like gigantic walls.

But Raleigh’s former boss, tough-as-nails Stacker Pentecost (yup, that’s his name, played by Idris Elba) brings him back to the program for a last-stand operation. We’re also introduced to Mako Mori (Rinko Kikuchi), a trainee pilot and Pentecost’s ward, and Charlie Day and Burn Gorman as a pair of peculiar scientists researching the aliens. For fans of del Toro’s Hellboy, Ron Perlman does appear as Hannibal Chau, a guy who harvests the alien corpses for their “medicinal” properties from his underworld lair in a very Blade Runner-esque Hong Kong.

Ridley Scott’s classic science fiction picture isn’t the only movie liberally plucked for Pacific Rim. Clearly Godzilla and its ilk are an influence, as are other Japanese anime and manga, including Neon Genesis Evangelion. And there’s an early nod to Star Wars and a late one to last summer’s The Avengers, as well as to those other giant robot movies, Michael Bay’s Transformers.

But what Pacific Rim has over that franchise is a great human story behind the screaming metal, one about family ties and global solidarity: the multiethnic cast provides a happy departure from the typical US-centric action movie. Yes, the dialogue is boilerplate and Hunnam is the most basic beefcake, but del Toro knows exactly the kind of movie this is. Every frame of the film is infused with a childlike enthusiasm for the material, which is not something I’ve ever said about Transformers. And I want to give a big tip of the hat to Ramin Djawadi, who has created a great, anthemic score, one of the year’s most memorable.

Pacific Rim probably won’t change your life. But if you were ever enthralled by the possibilities of gigantic, fire-breathing radioactive lizards, this movie will bring you right back to those days.