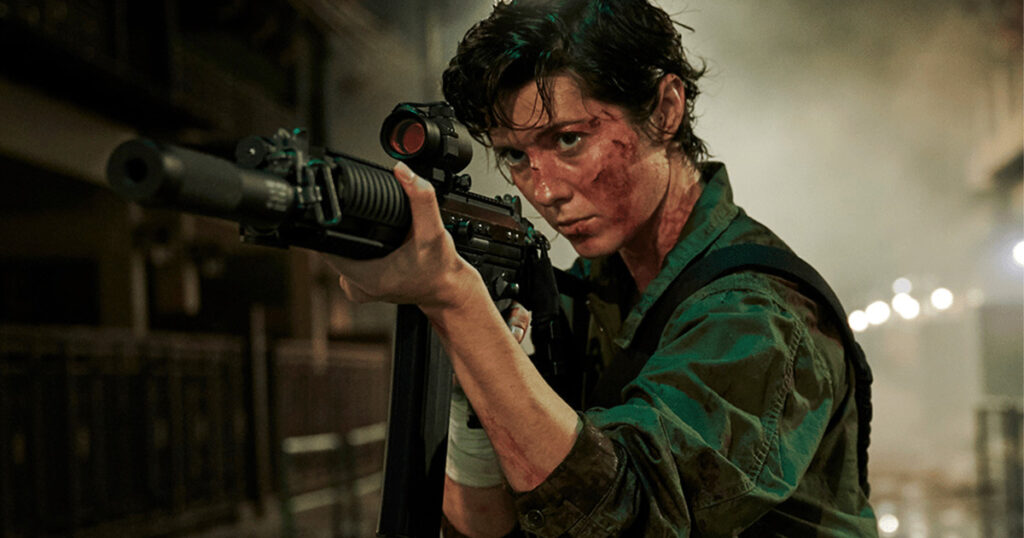 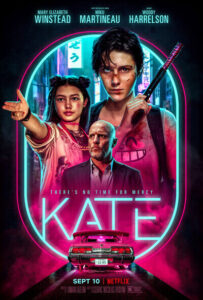 Kate is a slick, propulsive and immersive solo assassin thriller featuring the always watchable Mary Elizabeth Winstead. Nicolas-Troyan came out of visual effects, which pretty much guarantees his film has a terrific production design. The cream on top are a selection of quality action sequences — gorehounds and John Wick stans will find plenty to enjoy here.

That said, if you’re looking for originality in the script, look elsewhere, but I’ve always room in my cinematic diet for a genre picture as effective and well-made as this one. 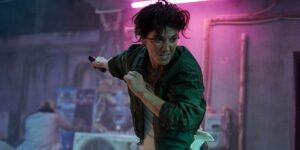 The single-named Kate (Winstead) of the title was raised as a deadly weapon — very Hanna in that regard — by her handler, Varrick (Woody Harrelson). Kate hasn’t missed any of her targets in more than  decade but one night, as she’s climbing up the ladder of a Yakuza crime family in Tokyo, eliminating the bosses as she goes, she realizes she’s been poisoned by some nasty radioactive isotope. She’s got about 24 hours before she’s blood on toast to track down the man responsible and make him pay. 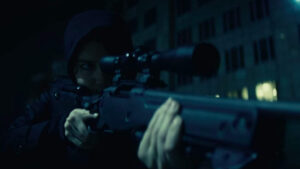 The journey will take her through the sexy, neon-splashed Tokyo night —down narrow alleyways, through ornate sashimi parlours and chiming video arcades — as she slices and shoots her way through the murky Japanese underworld. On her way, Kate crosses paths with Ani (Miku Patricia Martineau), the teenaged daughter of one of her targets and ends up being her mentor for part of her final day, long enough to spatter her with the blood of many sharp-suited goons.

Thematically, this is overly familiar stuff: The men who use women for their interests and the ways women locate their own agency in the world, supporting each other even as they’ve been victimized. And the one plot twist therein is so painfully obvious the word twist is a misnomer. 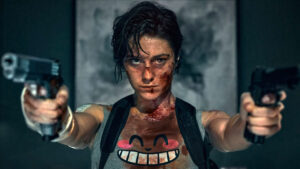 But the enthusiasm with which Kate is directed lifts it above the average — including a terrific car chase, with Kate driving a glowing pink pimpmobile, a number of solidly kinetic hand-to-hand combat scenes, and a lot of rainswept urban mood, supported by a solid score and well-chosen Japanese pop and hip-hop. This would probably make a decent double bill with another recent, entertaining, female-led bullet-fest, Gunpowder Milkshake.

In the centre of it all is Winstead. Since Scott Pilgrim she’s shown all the chops to be a legit action star, most recently as one of the better elements of Birds Of Prey. This picture could be a calling card for more of the same. If so, sign me up.