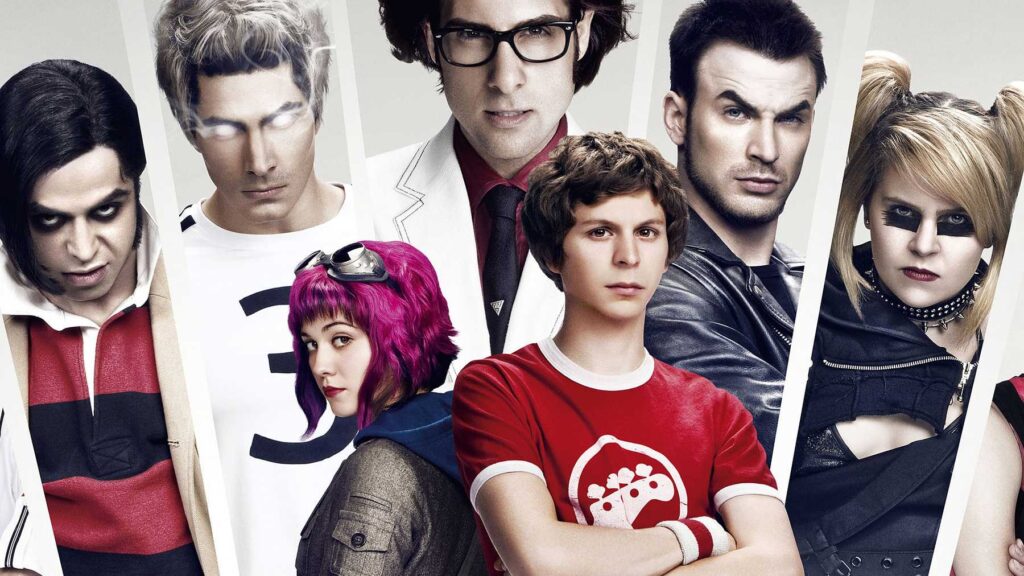 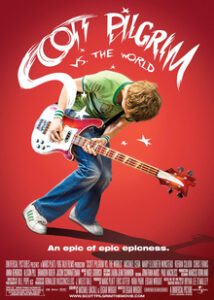 As part of a month-long retrospective look at 10 years of this blog, I’m rewatching a few films from a decade back.

This indie superhero comic/videogame-inspired movie was released 10 years ago today (August 13, 2010)! Check out director Edgar Wright on Twitter and Instagram— he’s been busy sharing photos from the Toronto shoot.

The genius of some movies doesn’t always make itself immediately apparent. Sometimes it takes a decade. I mean, I had nice things to say about Scott Pilgrim vs. The World when I watched it in 2010, but since then it’s grown in stature in the culture and in my memory.

Watching it again I wanted to highlight just a few things I really appreciated about this quirky, delightful movie that maybe didn’t connect with me years ago. 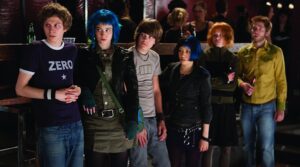 • First off, the frenetic pacing — I think I’m up to speed with that now. A lot of Rick & Morty in my life means my ability to absorb information has really changed. In 2010 I didn’t even own a cellphone, and at the time it wasn’t nearly so incredibly weird as it would be now. 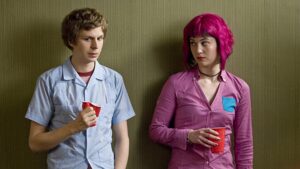 • Blue and Pink and Green hair on Ramona Flowers (Mary Elizabeth Winstead) and others — that’s really a thing now, isn’t it? Who knew Scott Pilgrim would be a fashion predictor by aping ’90s styles that we’re now seeing come back in? 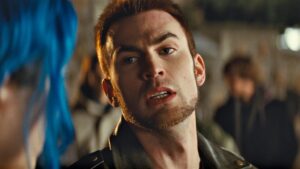 • Astonishing casting. Where to begin? How about: Aubrey Plaza, now a beloved, and somewhat kooky presence on film (The Little Hours and Ingrid Goes West are favourites) and TV (Parks and Rec). Or the former Human Torch, Chris Evans, who went on to become Captain America in the MCU films and was so good in last year’s Knives Out. Or Anna Kendrick, Oscar-nominated actor, frequently singing movie star, and author. Or Winstead, star of 10 Cloverfield Lane and the recent Harley Quinn movie. And that’s just for starters, with performers like Brie Larson, Alison Pill, and Michael Cera also on board.

• Sound effects from Flash Gordon. I don’t know how I missed those the first time around, but it’s entirely clear that director Edgar Wright has borrowed cues from Mike Hodges’ 1980 campy fantasy classic. How do I know? I’ve enjoyed the soundtrack for years composed by musical polymaths, Queen, which includes chunks of dialogue, sound design, and songs from the film. 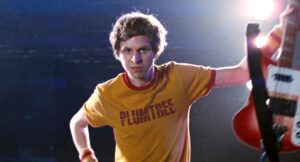 • Scott is an asshole, but I think the movie knows it. Even he knows it by the end.