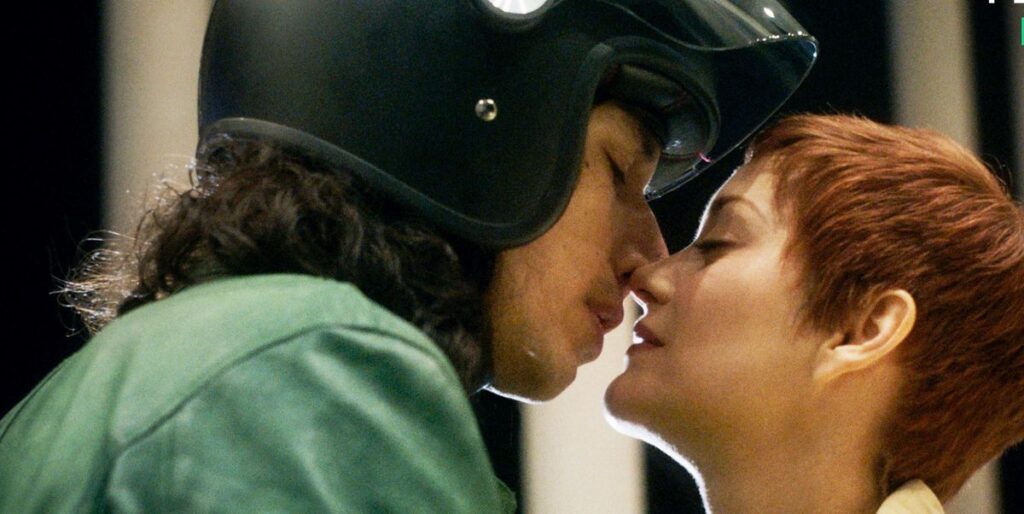 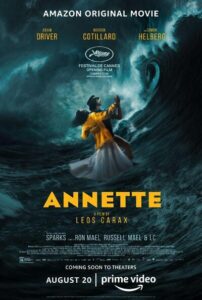 She’s the beauty, the opera singer. Ann Defrasnoux. She goes on stage to sing, to die, to save her audience. She’s fond of apples.

He’s the beast, the bastard, a caustic comedian, the Ape of God. Henry McHenry is his name. He goes on stage in a bathrobe, like a prizefighter. He goes on to kill.

Did I mention this is a musical? 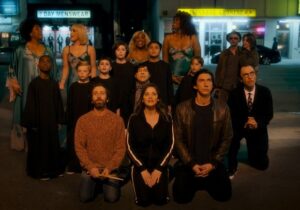 The picture starts with a bang — writers and composers Ron and Russell Mael launch into the opening song in a Los Angeles studio, joined by Marion Cotillard and Adam Driver and Simon Helberg singing along as they march outside into the street. The performers all appear as themselves before they actually go on stage.

Ann and Henry (Cotillard and Driver) are a new couple, very much in love. (We know this because they sing as much to us.) They marry, and she gets pregnant. Annette is their baby, who also happens to be a Chucky-level animatronic doll — which I find incredibly creepy. Annette also sings. Even creepier. 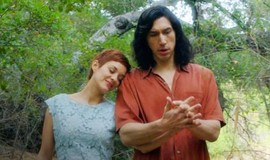 French filmmaker Leos Carax, who gave us the truly bonkers Holy Motors, is actually operating in a somewhat less opaque zone this time out, where the Maels’ script chews up La La Land and A Star Is Born and spits it all out here on the screen, with a dash of self-aware humour, showbiz magic and celebrity skewering. There’s even a touch of #MeToo to give the entire production an added soupçon of relevance, though it doesn’t go too far down that road.

Instead, Annette clings to an operatic tone, with dark, brooding, and frequently shirtless Driver tooling around on his Triumph while others fall victim to his anger and desperation on a road into tragedy. 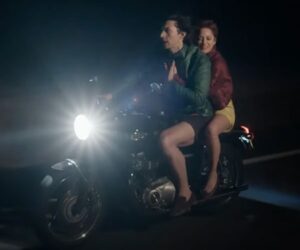 The music is terrific, catchy and witty enough to keep us from taking the rest of this fantasy too seriously, even as we’re swept along in Henry’s self-loathing and capacity for violence. Driver is startling in the role, his voice surprisingly versatile for the needs of the production.

Maybe it didn’t need to be quite this length given the slender plot, but it’s never dull and it sure sticks the landing. Annette distinguishes itself with an earned confidence and ingenuity — it simply thinks all movies should be like this. You can tell. 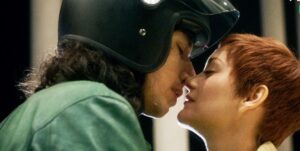 Be sure to stay through the credits for an extra dose of unexplained weirdness.