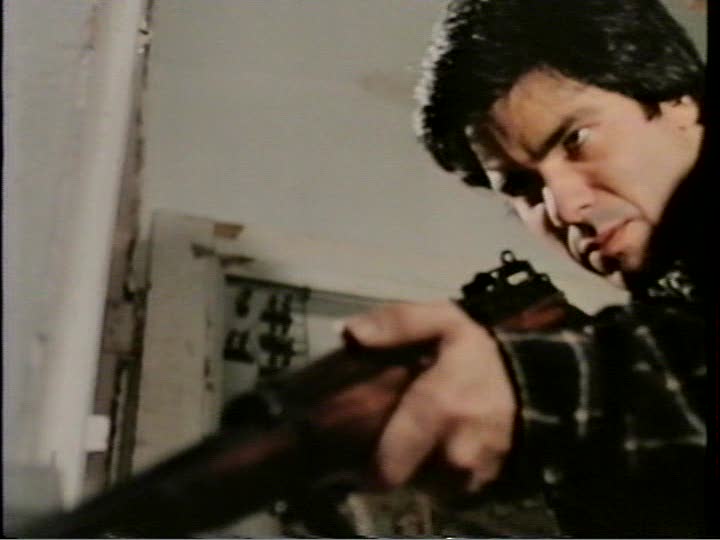 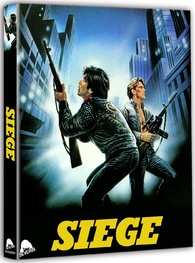 May 29, 1981. Halifax, Nova Scotia. The police begin a legal strike for better wages.

We get a little archive news footage from ATV of the actual Halifax police strike before we get into the movie itself, presumably entirely fictional.

A violent gang — whose members hilariously resemble Bruce McCollough among other alum of Kids In The Hall — step into a gay bar called The Crypt that apparently exists in the basement of the Khyber Building on Barrington Street. 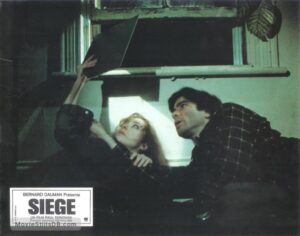 The gang’s led by a bad man named Cabe (Doug Lennox), who shows up when the Crypt’s bartender is accidentally killed. Cabe’s solution: execute everyone in the bar, but one patron manages to get away.

Cue a foot chase across Halifax rooftops, with the survivor finding his way into a block of flats where he takes refuge with a group of average Halifax citizens (including Tom Nardini, Brenda Bazinet, and Daryl Haney). From there, things get worse as the gang brings the heavy artillery, bringing a Rio Bravo/Assault on Precinct 13-style showdown.

Siege looks like it was shot with $200 bucks, as so many exploitation pictures from the era do, though on Blu-Ray the print is surprisingly sharp where the focus puller kept everyone in focus.  The opening sequences make for a fun game of identifying Halifax landmarks, though some have changed so much you’ll barely recognize them. (Don’t be fooled by a shot late in the running of a dude hoofing it on a city street behind a street cleaner — that was definitely shot in Toronto.)

It looks like the bulk of the movie was shot in an actual Halifax fleabag apartment building, which brings an impressive sense of realism to the proceedings. I can’t imagine that place is still standing today. 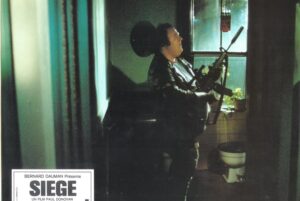 What’s maybe most surprising is how entertaining the movie is despite the fact the characters remain more or less anonymous and unchanged through the movie. There’s the lady who’s trying to quit smoking, the dude who’s visually impaired, the dark-haired one who seems like the leader — they don’t have much in the way of personality beyond these basic signifiers. While it’s entirely weird now that every actor onscreen is white, the picture is more progressive with a plot that’s LGB-positive, which certainly wasn’t a given in 1983. 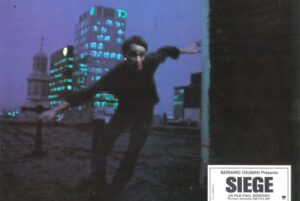 What the picture does really best is sustain and build suspense through its running time. Siege includes a number of well-shot, well-lit action sequences and that scrappy spirit that some movies have when you know everyone on the crew had three jobs on set, it was shot in no time at all, and the props were held together with bubblegum and hope.

This is no classic, but a primo Blu-Ray release of an important Nova Scotia picture made almost 40 years ago makes it worth a viewing for anyone reading this who cares about #NSfilm.