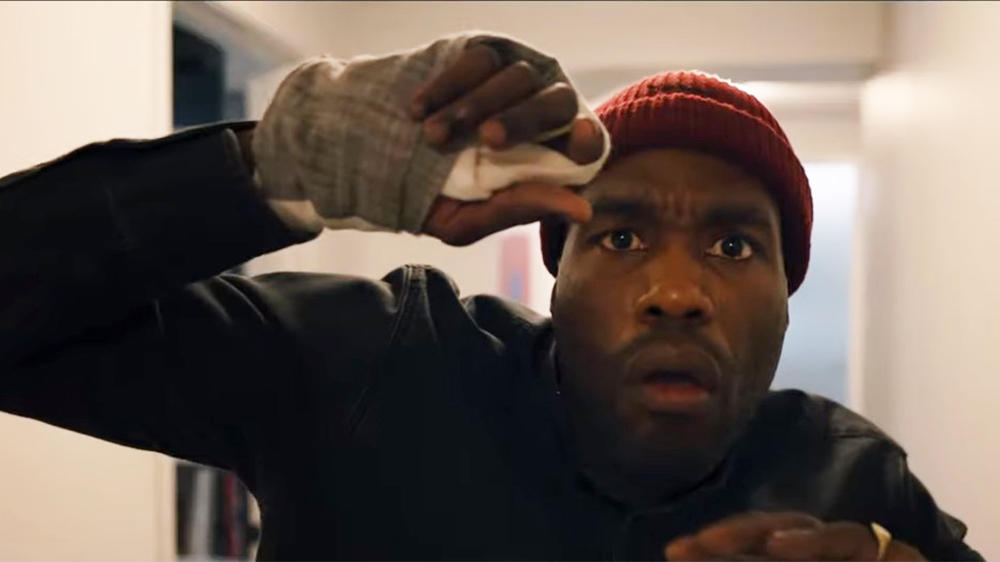 Directed by Nia DaCosta | Written by DaCosta, Jordan Peele, and Win Rosenfeld, based on the 1992 film by Bernard Rose and the short story, The Forbidden, by Clive Barker | 90 min | On Demand 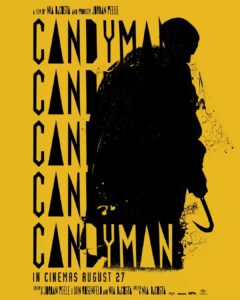 When I take a look at a new horror that’s a “spiritual” sequel to a preexisting picture, the original Candyman from almost 30 years ago, my status as a film lover who doesn’t watch a lot of horror is exposed.

I remember the trailer, people saying “Candyman” into a mirror to summon some kind of demon. 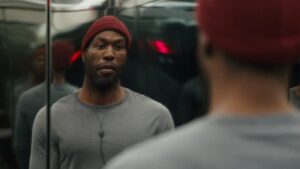 So, I do a little research: Virginia Madsen starred as grad student Helen Lyle, who while looking into urban legends in early-’90s Chicago, gets caught up in the tale of the Candyman. It’s a ghost story from a century before, about an African-American artist who was tortured and killed by a white mob. The angry spirit of the man, with a metal hook in place of a hand, took his revenge. When you summon him, you’re in a real trouble.

The original was shot and set in a real life Chicago housing project, Cabrini-Green, notorious for crime and poor conditions.

Returning to that setting three decades later gives a writer-director DaCosta a chance to recontextualize the legacy of Black pain and historic injustice in a horror movie from a Black perspective. The ambition and accomplishment is really something to see, but I’d be surprised if hardcore horror fans will be satisfied. This is more a modern, bloody creeper, a thriller, than an outright horror. It’s plenty tense, but rarely scary.

Anthony (Yahya Abdul-Mateen II) is a hot young Chicago painter, living in a swank skyscraper condo with his art dealer girlfriend, Brianna (Teyonah Parris), built on the property where the Cabrini-Green blocks once stood.

Looking for inspiration. Anthony wanders through the abandoned row homes on the project, meeting William ( Colman Domingo), who knows the story of Helen, of her tragic death, and of Candyman — much of it told on screen through gorgeous shadow puppetry. 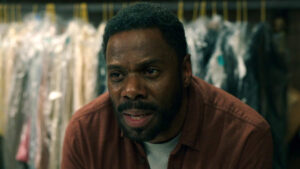 Anthony playfully and selfishly summons the vengeful spirit in his quest for fame and attention, a mistake he’ll end up paying for as he learns his direct, unsuspected connection to the events of 30 years before. 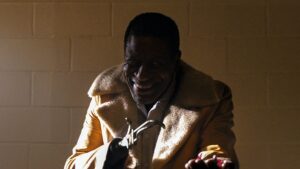 This version of Candyman is deeply message-driven, and spends most of its running time talking about race in America, with sidebar discussions around gentrification, the culpability of certain Blacks who don’t know or respect how the suffering of their ancestors allowed them opportunity, and the insidious, repeating nature of institutional bigotry. If anything, it tries to do too much. If the filmmakers’ reach exceeds their grasp, it’s still plenty impressive in the effort. 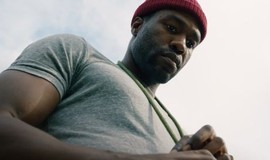 It’s also a gorgeous-looking picture, full of creative and thoughtful camera movement, lighting design, and visual storytelling. When it treads in the gore and the blood, it’s almost a shame as it sacrifices some of the sophistication of other parts of the film. Still, this is much closer to a Guillermo Del Toro joint than anything I’ve seen in awhile, and that gothic spirit is to its credit. 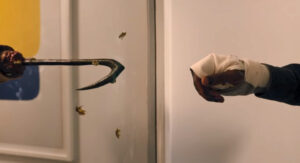 Next up for DaCosta is a Marvel movie. Fingers crossed she brings all this visual and allegorical imagination to that blockbuster project.