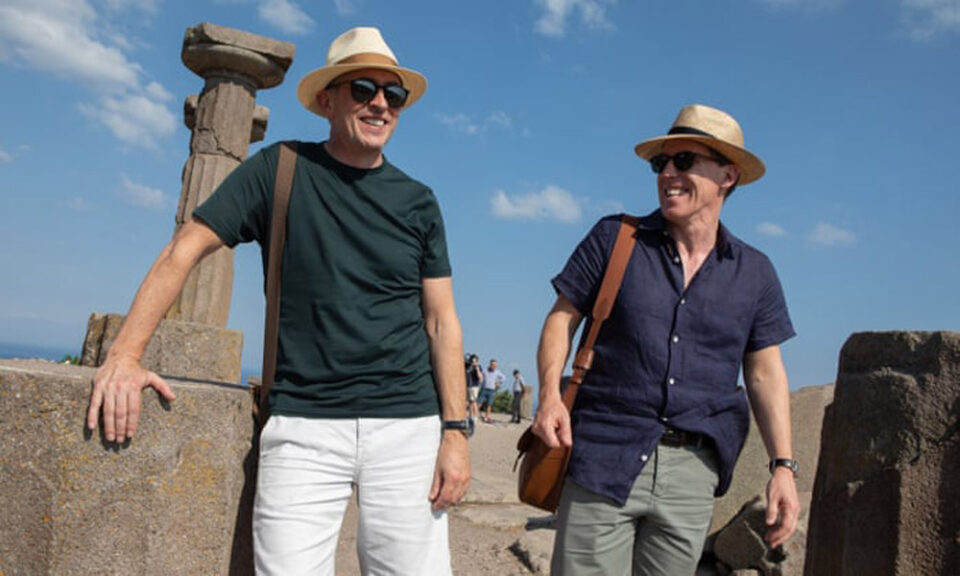 Directed by Michael Winterbottom | 103 min | On Demand and Amazon Prime 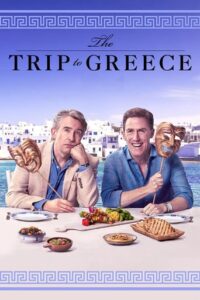 “You were unpalatable as a young man,” says Rob, after Steve claims he’s getting better looking as he gets older.

And it doesn’t take more than a minute or two for these two improv-honed performers to get to the core of their connection:  teasing each other about the humiliations of middle-age while eating delicious-looking food in gorgeous surroundings. This while recognizing a certain amount of repetition. 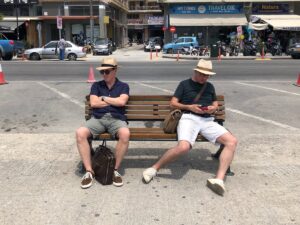 That’s fair since Rob Brydon and Steve Coogan have been at it for almost 10 years — this is the fourth film with collaborator Michael Winterbottom, following the delightful predecessors The Trip, The Trip To Italy, and The Trip To Spain. 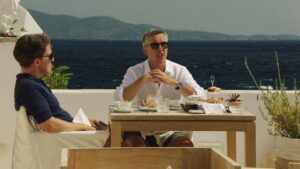 They will indulge in literary and historical references, but that just provides Coogan (and occasionally Brydon) a chance to sound faux-learned as a tour guide. This time they’re travelling from Troy to Ithaca on the path of Odysseus — though I wasn’t entirely sure of the geography, nor the reason for a Turkish crew in the credits. But never mind, it’s all a variation on a theme. 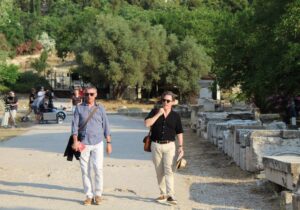 When they started back in 2011, Brydon and Coogan played far more cartoonish and competitive versions of themselves, whereas now if there’s much here in their characters that’s fictionalized, it’s a light sheen of exaggeration. Steve is most comfortable as the thoughtless cad — when the pair runs into a former collaborator of Steve’s, refugee Kareem Alkabbani who played a key role in Winterbottom’s Greed, Steve barely remembers him. Coogan’s “son” Joe (Timothy Leach) delivers some worrying news from back home, and his career is once again in dire condition, hanging on the promise of a role in a Damien Chazelle picture.

But really, that’s all window dressing to a wealth of Dustin Hoffman, Werner Herzog, and Mick Jagger impressions, and other improvised digressions that are no less amusing for their familiarity. 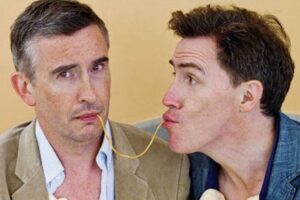 This fourth trip is rumoured to be the last, but it hardly feels like an obvious conclusion, wrapping up any of the project’s themes. While we do get a surprisingly poignant turn for at least one of our two travelling, bickering gourmands, I’m all for it to continue — whatever roads they’d care to explore.