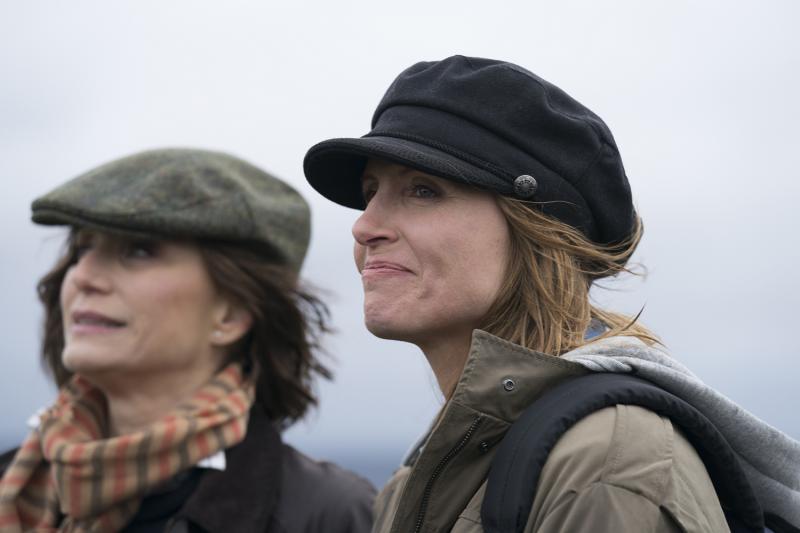 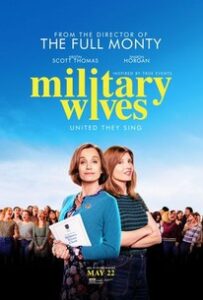 It’s remarkable how the streaming has changed feature films. There was a time when on the big screen the garden-variety, heartwarming dramedy was something we’d see on the regular, back when director Peter Cattaneo had his biggest hit, The Full Monty — more than 20 years ago, believe it or not.

These days, this material is much more common, and perhaps more comfortable, as an episodic series on a streaming service — or even network TV — allowing for more character development and a structure less hemmed by the requirements of a two-hour feature.

Military Wives is a throwback. Even the title feels anachronistic. Yes, the story centres on the partners of British military service people who’ve gone to fight overseas, but my first question is: Weren’t any women deployed to Afghanistan? Shouldn’t this be called Military Spouses?

Apparently not. The soldiers depart on their mission and their wives immediately start self-medicating to manage the lingering air of abandonment and fears for the wellbeing of their partners in uniform. None of the women seem to have vital careers or even satisfying home lives of their own, and are immediately set adrift. Your mileage may vary on the film’s politics, soft-pedalled or otherwise. In one scene, an anti-war protester hands out pamphlets to the ladies, but one returns hers, quipping, “We don’t have the privilege of being against the war. We’re married to it.” 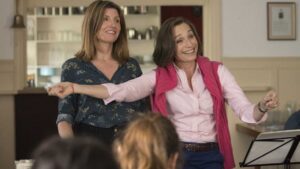 Kate (Kristin Scott Thomas) is the colonel’s wife, with a stick up her ass, who can’t help but get involved planning extracurricular activities for the women despite the fact it’s not her responsibility. Lisa (Sharon Horgan) is actually in charge of these arrangements, but is a lot less bothered about it. Meanwhile, she’s doing her best to get through to her unhappy teen daughter, Frankie (India Ria Amarteifio).

Most of the conflict comes from the friction between Kate and Lisa’s differing attitudes to community duty, which boils over while assembling an impromptu choir.

The “sober karaoke” is welcome as it allows for a few, brief laughs to creep in as we get to know the ladies — though most are slight character sketches — and naturally, unsurprisingly, it turns out the military wives have some talent and ability. Cyndi Lauper and Dido haters should steer clear. 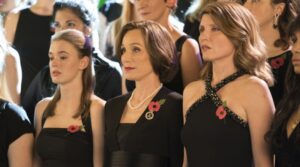 Military Wives is elevated by the considerable charm of its cast, and knowing it’s inspired by an actual choir gives it a little more authenticity, but let’s face it, this is aggressively mediocre material that plods through its predictable plot points. It’ll use whatever means it can to jerk tears — cue mawkish dramatics in the second act — and it’s not nearly as funny as it should be. 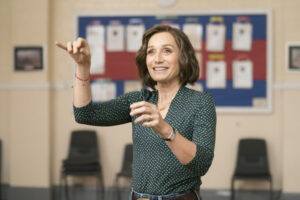 What’s maybe most disappointing is in the effort to recapture the tone of better films of the past — and I’m thinking of Brassed Off or Calendar Girls — it ends up being too formulaic to come anywhere near the heart of those movies.