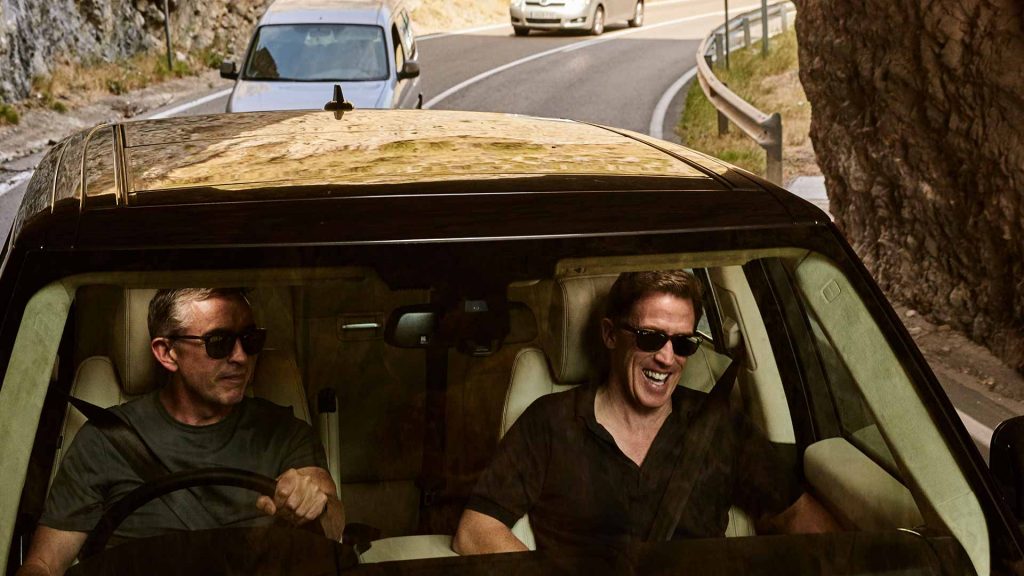 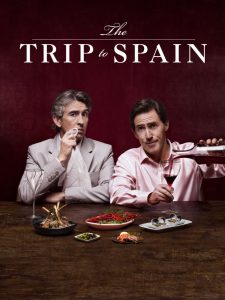 Interesting that the writing credits for these films—a UK TV series reedited for cinema release elsewhere—are a little vague. I think it speaks to how improvised they all are, and to the gifts of the two leads—Steve Coogan and Rob Brydon—playing exaggerated, ingrate versions of themselves.

All of that to say, if you enjoyed The Trip, or The Trip To Italy, there’s every chance you’ll also get a kick out of The Trip To Spain. 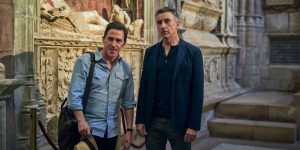 In it we find our two middle-aged performers once again teaming up to spend a week or so travelling together. This time it’s Rob who’s doing the food writing, and Steve who’s trying to write a book about his travels. What remains consistent is their underlying competitive natures, trying to one-up each other with their considerable talent as mimics and impressionists—Roger Moore and Mick Jagger both get a full workout this time—as they drive through some extraordinarily beautiful countryside and discuss the history of the region, pop music, and other rambling ephemera. 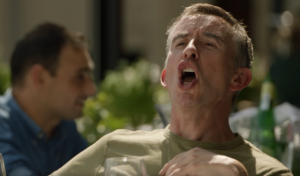 If anything, they’ve mellowed. Neither character seems quite as sharp-edged as he was in previous instalments. Sure, they’re still wrestling with their mortality, their careers, and their family relationships. At one moment it looks like Rob is going to get signed by the American agent that just dumped Steve, but that potential cause of strife between them is totally dropped without any follow-up.

This Iberian jaunt is also more slapdash than the previous, with somewhat less melancholy and impulsive bad behaviour underpinning the venture. If Steve and Rob have conquered their urge to infidelity or casual sex on their trips it’s really too bad for the rest of us. Those experiences led to some interesting stuff. 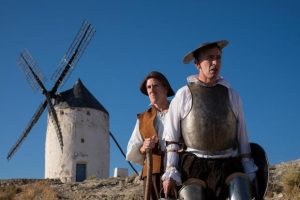 Nonetheless, The Trip To Spain had me laughing out loud repeatedly. My favourite line: “Time flies like an arrow, but fruit flies like a banana.” If, in the future, these fellows choose to sample German, Scandinavian, or even Californian cuisine, I’m all for it.