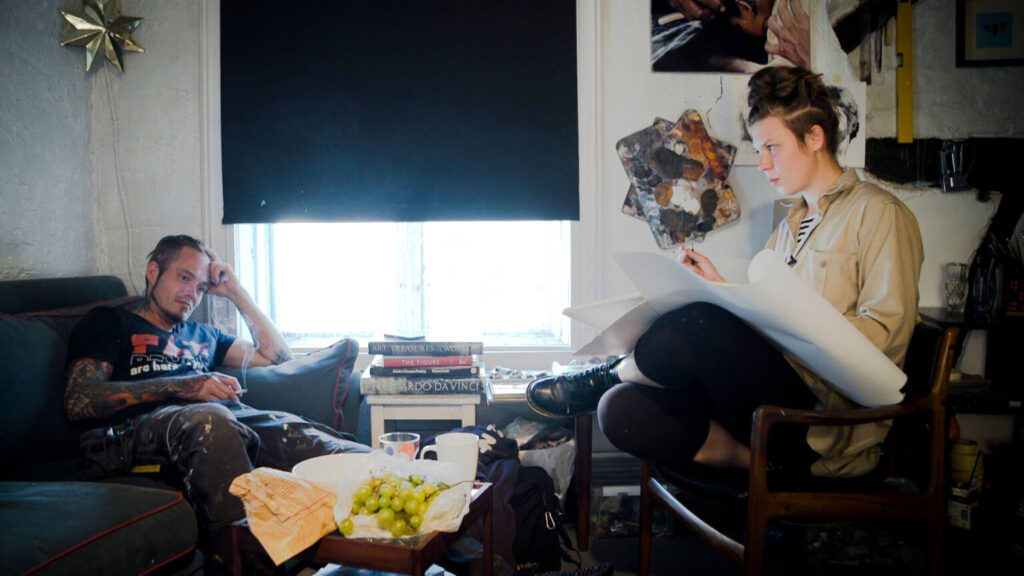 Directed by Benjamin Ree | 102 min | On Demand and Prime Video 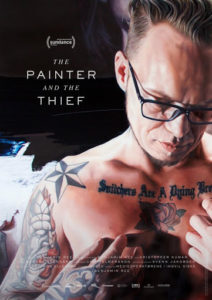 A hypnotic film, one where the making-of, behind-the-scenes extras might be as fascinating as the documentary.

Barbora Kysilkova is the Czech-born painter, now living with a Norwegian fellow in Oslo. Two of her photo-realistic works are lifted from an exhibition, and when one of the thieves is arrested she sees him in the courtroom and is immediately fascinated, her sense of connection inexplicable. He’s Karl Bertil-Nordland, a carpenter and teacher who’s struggled with addiction much of his adult life and was high when he did the crime. He can’t remember what happened to the painting he stole. 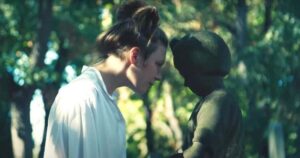 This is the set-up; what follows is a biopic of parallel stories — the characters’ life challenges as well as their unique, chaste attraction, and how their unlikely friendship enriches them both. Barbora’s care for Karl plays a role in his healing, this while she uses him as a model for her work, painting his image a number of times. When he first sees himself depicted in her work, he breaks down.

The timeline of the film is cleverly fractured — we jump backwards and forward to see what’s been going on in our two leads’ lives, and how they fall in and out of contact with each other. Karl’s arc is the most dramatic, his extraordinary physical and emotional journey.

I’d love to know how director Benjamin Ree got this access. From therapy sessions to jail cells, his camera is there providing an uncommon intimacy. The film also serves as an endorsement of Norwegian prisons which, compared to what we have here, seems the system of a more advanced civilization. 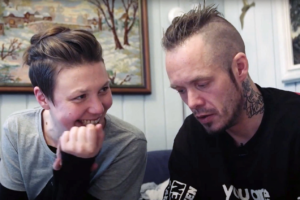 A final reveal is deftly held off until it delivers the biggest emotional wallop — full credit to Ree’s editor Robert Stengård for helping stoke the film’s sense of mystery and suspense. The biggest take-away here is the mystery of human connection, and Kysilkova’s impressive talent.