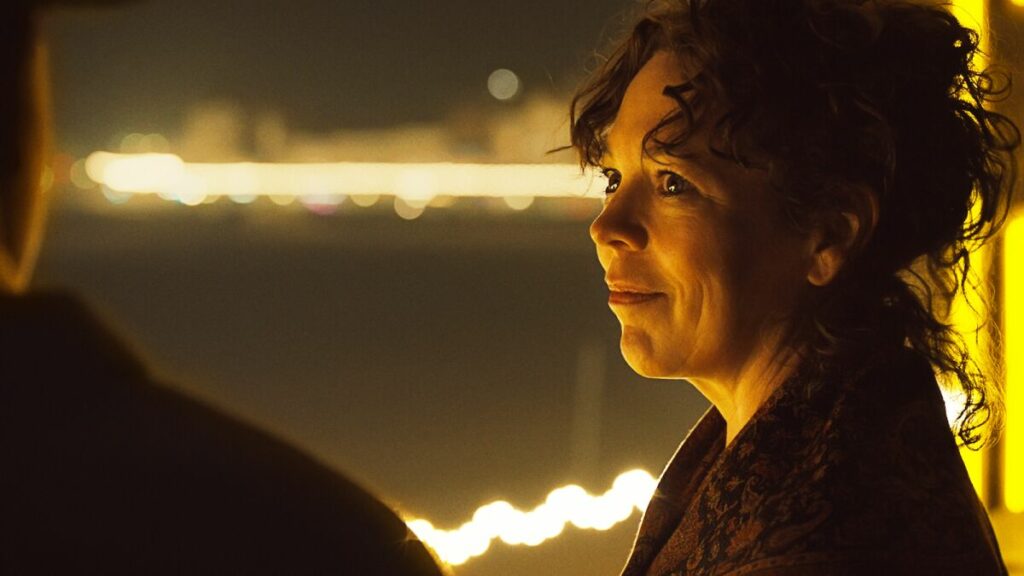 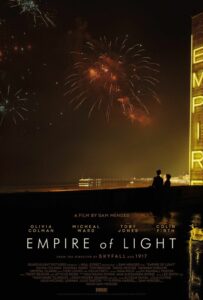 Here’s another semi-autobiographical drama from a garlanded filmmaker, following Belfast and The Fabelmans, both of which were lovely and intimate, if not exactly world-changing cinema. 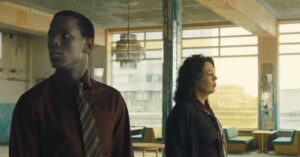 There’s something special about Sam Mendes’ personal flashback to a small seaside town in the early 1980s. It’s not the love for old cinemas, which is sweet but also feels a bit shoehorned and hokey. It’s a combination of the character work and the film’s story of social awareness, the rising tide of intolerance in Thatcher’s Britain at the time. In that it has more in common with James Gray’s Armageddon Time, and its held aloft by yet another astonishing performance by Olivia Colman.

What makes Empire of Light especially worth seeing (especially in the theatre) is the cinematography from the master, Roger Deakins. This is easily one of the most impressive-looking films of the year.

In it, Colman is Hilary, a middle manager at this grand seaside cinema having an affair with her married boss (Colin Firth). A new employee, Stephen (Micheal Ward), connects with Hilary and shares his experience as a Black man at this time in England — hint, it sucks. As their friendship turns romantic, she reveals how fragile her mental state actually is. 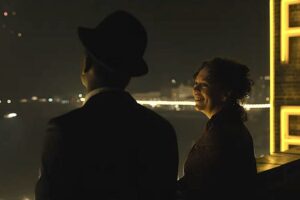 The chemistry of that central pairing is wonderful — Ward is a genuine discovery, and Colman is as vivid and sympathetic as I’ve ever seen her, her best role since The Favourite.

Despite the incredible look of the thing, the fine performances, and its potent socio-political subtext, there are aspects of the film that work less well — for instance, the idea that going to the movies is a source of healing, with projectionist Toby Jones as the prophet of magical light. Probably best to stick with something like Cinema Paradiso for that lesson. 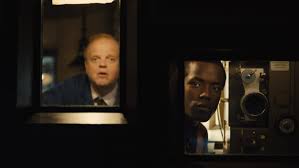 It’s disappointing this part of the story feels so ham-fisted, since Deakins’ incredible work — genuinely creating cinema magic as visual text — is some of the best of his career. Beyond that, you could’ve killed all the dialogue and just enjoyed Trent Reznor and Atticus Ross’ lovely score with the accompanying imagery for two hours. I would’ve still been happy with the picture.