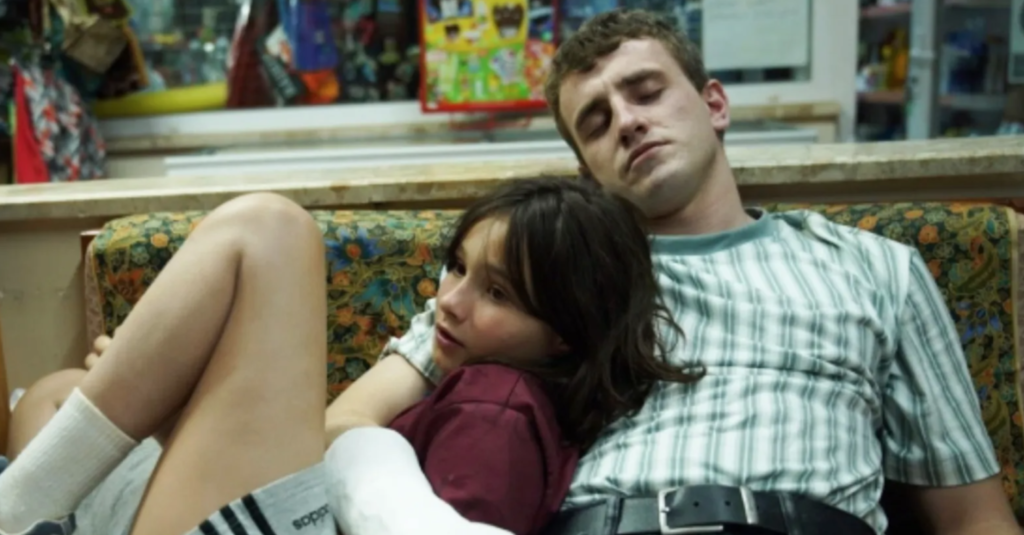 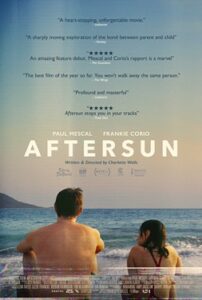 Hard to think of a more original debut recently from a new filmmaker, and how many movies have you seen that devote their entire running time to the relationship between a father and daughter? Aftersun is opaque and as such is a bit of a challenge, but it’s undoubtably special and, in places, powerful. 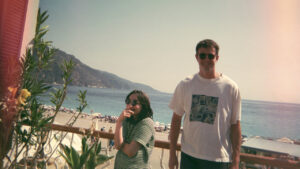 Wells conceit is to utilize DV-videocamera footage as a functional flashback technique, bringing  into the late 1990s with Sophie (Frankie Corio) and her father, Calum (Paul Mescal) on a father-daughter Turkish resort vacation. Sophie likes to use the camera though mostly in the not-great hotel room she shares for that week with her Dad. 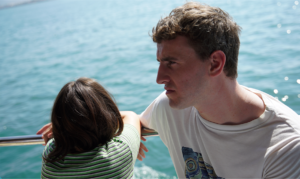 On the vacation she’s 11, and he’s just turning 31. As we go along the film suggests the adult Sophie (Celia Rowlson-Hall) is watching the video, parsing something from its captured memories, but we mostly see strobe-lit suggestions of older Sophie, flashes, while in Turkey we get a leisurely, character-driven tale where, as on many vacations, not much happens. 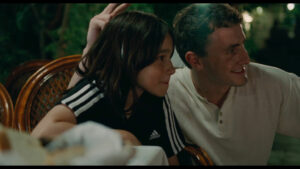 Sophie’s much more in the frame than her father — the occasional video footage notwithstanding — as we get her vision of what’s going on around them. Calum’s denying a deep well of darkness, something he’s trying to hide from his daughter. Sophie may not understand, but we eventually get a taste of it. 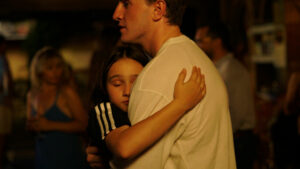 Corio is startlingly good in the role, and the film is at its best embodying her liminal attention, between a boy her own age and the older kids. She’s attracted by their fearless displays in puberty’s arena while she stands along the handrails, watching. The film’s deft editing and cinematography never set us entirely at ease, and a terrific choice of tunes of the day — Blur, Chumbawumba, and REM — as well as a haunting, remixed take on Queen and David Bowie’s “Under Pressure,” deliver a surprising emotional wallop. 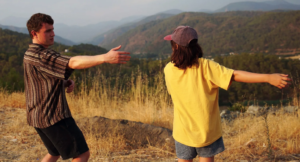 Wells isn’t exclusive about her stylistic conceits — we never spend too much time anywhere, shifting between the video and the sunny day and night at the resort, showing us things about Calum Sophie never saw despite the film ostensibly offering her memories and perspective, both the digitally recorded and biological kind. That inconsistency isn’t a weakness of the film, but Aftersun‘s insistence on clutching its mysteries so close to its chest sometimes feels like one. At the inevitable departure gate it denies us everything but a vibe.