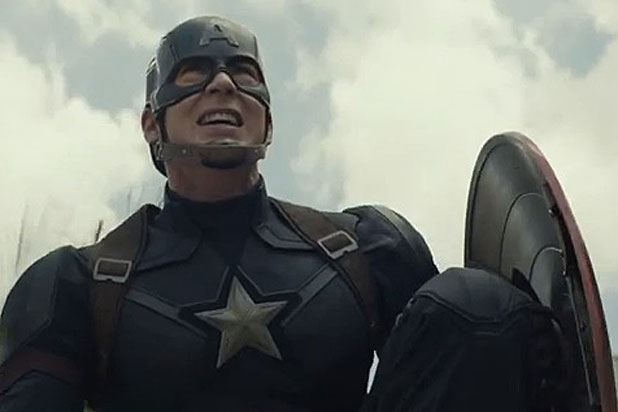 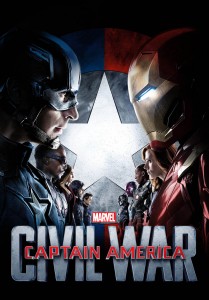 It’s hard to believe, but since Iron Man in 2008, we’ve had a dozen Marvel movies. Captain America: Civil War is the lucky 13th. It’s not my favourite of the bunch, but it ranks high for a number of reasons. It has a lot to recommend to the true believer and anyone who’s come this far watching the series.

Though anyone who’s come in late is likely to be lost. Foreknowledge afforded the comic book fan will be rewarded, but my cinepanion for the evening found the flurry of superheroes and some of their murky motivations a serious barrier to feeling engaged. I found the screenplay, incorporating genuinely thoughtful political notes, dozens of characters, and themes revolving around the collateral cost of power, perhaps the most ambitious so far from the Marvel maestros. 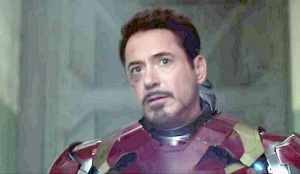 This is certainly more of an Avengers movie than it is a Captain America movie. But the inspiration of the Mark Millar miniseries that pitted heroes supporting government regulation of “enhanced” humans—championed by Tony Stark’s Iron Man (Robert Downey Jr.)—against those who don’t—led by Steve “Captain America” Rogers (Chris Evans)—is only a skeletal structure here. A collateral loss of life does inspire a government crackdown, but here it’s the United Nations and Hulk villain General Ross (William Hurt), now US Secretary of State, who draft the Sokovia Accords, aimed at managing the behaviour of superheroes in the field.

In the cinema we’re actually given more sympathy for Stark’s motivations—guilt about having created Ultron in the last Avengers movie, mostly—than perhaps Cap’s, whose loyalty to his old friend Bucky aka The Winter Soldier (Sebastian Stan) narrows his perspective. Bucky is implicated in a terrorist bombing, which sends Cap on a mission to capture him, against the wishes of the Accord signees. Meanwhile, the dastardly Helmut Zemo (Daniel Brühl), who has a mysterious beef against the Avengers, is pulling strings.

Credit the screenwriters for managing to balance a sprawling cast and give most of the characters a moment or two to shine. It’s impressive, considering all our Avengers from the previous movies are accounted for—save Thor and Hulk—plus the addition of Sharon Carter/Agent 13 (Emily VanCamp), Ant Man (Paul Rudd), the introduction of the African superhero Black Panther (Chadwick Boseman), and, yes, the reintroduction of Spider-Man.

This time Spidey is genuinely a teenager (Tom Holland), a smart move to distinguish and refresh the character somewhat besmirched by the last couple of so-so Sony movies. The audience I watched the film with saved their biggest cheers for him and a surprisingly youthful Aunt May (Marisa Tomei). And a mid-movie superhero battle, featuring almost the entire costumed cast, is a new high point in set pieces of this kind. 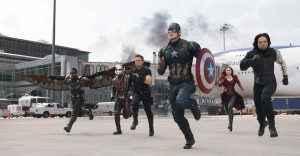 This said, I’m a little concerned the action sequences could overwhelm humour and dramatic character notes in these films. I realized this during Avengers: Age of Ultron, when the most satisfying scene was the party—until it was interrupted by the psychotic robot. I wouldn’t go so far as to say we’re seeing any narrative bloat here, but a little breathing room in the direction, and more time fleshing out character relations between fisticuffs wouldn’t go amiss.

More time devoted to the Vision cooking for Wanda Maximoff is a recipe for success.