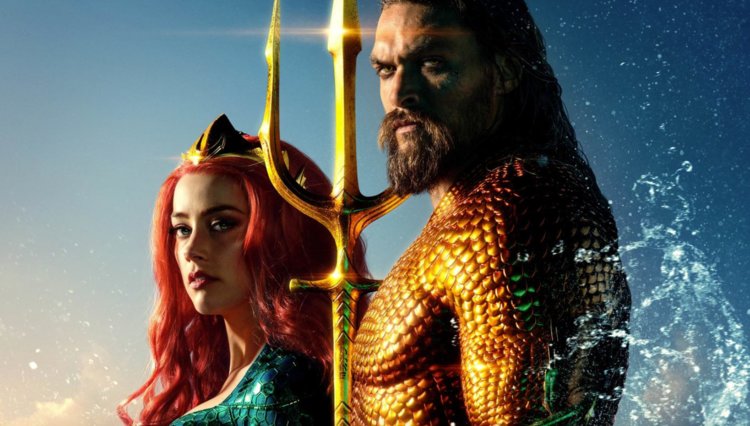 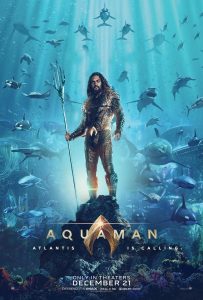 Every once in awhile, following a bunch of self-serious, mediocre films, one comes along that knows it isn’t Shakespeare, and doesn’t care. It’s a good-bad movie, and it embraces its inner cheese and its outer camp. Aquaman is such a movie. It channels a whole lot of Mike Hodges’ Flash Gordon, while also borrowing heavily from the stuff Marvel did with Thor. Like the Asgardian fellow, Aquaman, otherwise known as Arthur (Jason Momoa), is an unlikely king of a mythological place you can only enter across a special, rainbow bridge. He’s also got a power-hungry brother. 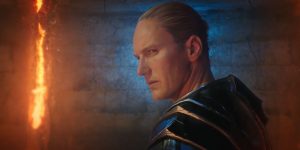 Arthur was raised in Maine, and becomes a superhero kind of accidentally. He’s a beer-for-breakfast hellraiser, whose father (Temura Morrison) is a lighthouse keeper and mother (Nicole Kidman), a Queen of sunken Atlantis. The brother, sorry, half-brother, Orm (Patrick Wilson), wants to wage war on the surface world, so another underwater person, Mera (Amber Heard), shows up to ask Arthur for help to stop it, taking him on a global hero’s journey. Also Atlantean are Willem Dafoe and Dolph Lundgren, with Michael Beach and Yahya Abdul-Mateen II as father-son pirates, where Abdul-Mateen II eventually becomes the villain Manta. And look for Upgrade director Leigh Wannell in a cameo as a pilot. 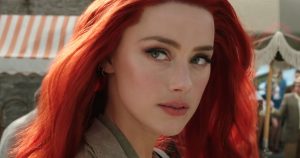 But it’s all presented with such broad enthusiasm from director Wan, former horror guy who also essayed one of the big Fast & Furious movies, it’s hard to not go along with all the nonsense. An action sequence in a town in Sicily is terrific, with Arthur and Mera fighting off a group of Atlantean mercenaries and the aforementioned Manta and his giant eye beams. This is also a movie that has room for gigantic undersea creatures and sharks armed with laser beams, and a terrific score complete with “dun-dun-DUNs,” whenever something dire happens. 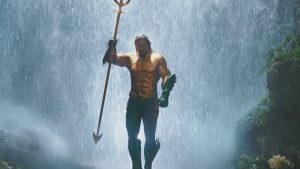 And, even more so, it has an ultra-charismatic action star with a Polynesian background—I wanna see a Predator movie starring Momoa and Dwayne Johnson as space warrior brothers—and an sharply articulated anti-xenophobia theme.

There’s really nothing not to love about Aquaman (except maybe it’s unecessary 2+ hour running time).It knows how ridiculous it is, and it leans in.