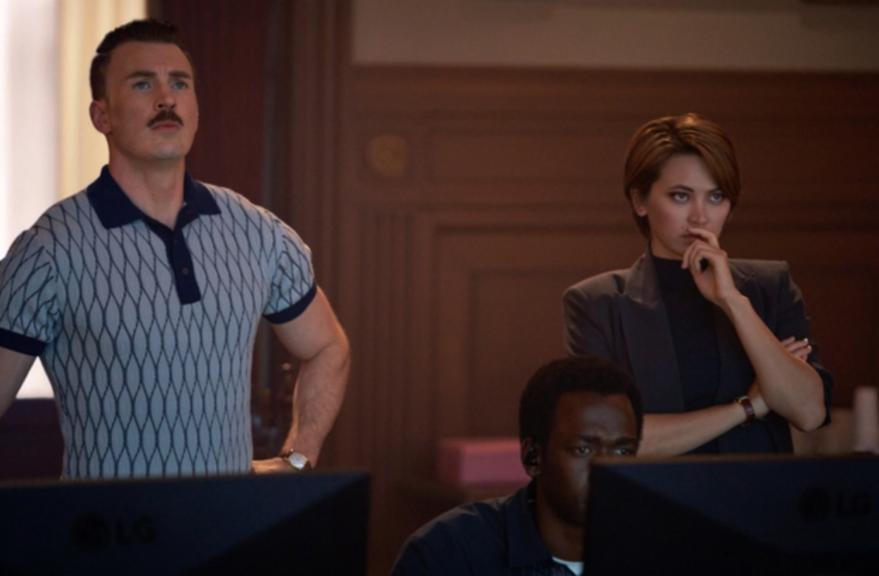 Directed by Anthony Russo and Joe Russo | Written by Joe Russo, Christopher Markus and
Stephen McFeely, based on the book by Mark Greaney | ▲▲▲△△ | On Netflix 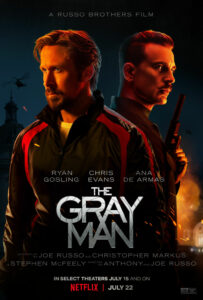 You know how the Uncanny Valley is usually used to describe a weird feeling one gets when computer animation is especially realistic but not quite real enough to be considered lifelike — thereby giving us the sense that maybe all the characters are reanimated corpses? When I started watching this live-action movie I was prepared to ascribe that description to it. That’s a first, and it’s not meant to be flattering.

Out of the blocks The Gray Man is a super-slick, super-flash, super-hollow spy movie, one with a script that indulges in every single cliche of the genre — the kinds of cliches James Bond left behind ages ago and that Jason Bourne and Mission Impossible never traded in. 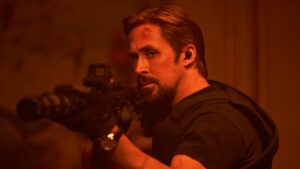 Fortunately, it gets better as we go along.

Six, the grey man of the title (Ryan Gosling, sleepwalking), is a hardcore CIA off-book agent who actually cares about people enough that he makes sure to reduce the possibility of collateral when he’s sent to kill “a bad man” during a wildly ostentatious party in Bangkok. That means instead of shooting this fellow from a distance he gets up close and personal, and that’s when he discovers his target is a fellow agent who with his dying breath suggests their boss (Regé-Jean Page) is the dirty one. 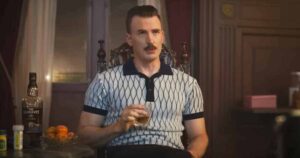 Gosling reaches out to his now-retired recruiter (Billy Bob Thornton) for a helping hand while The Boss sends Jessica Henwick’s Suzanne Brewer and a loose cannon, Lloyd Hansen (Chris Evans), after Billy Bob. Lloyd kidnaps his tween niece, Claire (Julia Butters, so good in Game of Thrones and Once Upon A Time in Hollywood) to use as leverage. 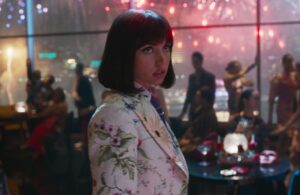 Oh, and in the middle of this somewhere is Dani Miranda (Ana de Armas), whose alliances are a little unclear.

What improves as we go along is the vein of humour that crawls into the movie with a flashback that brings a little humanity to Six and his connection with Claire. The humour extends to Chris Evans with his “trash ‘stache” — he’s having more fun here than anybody. His enthusiasm gooses the whole production, and anyone who wished de Armas had more to do in No Time To Die will want to check this movie out. 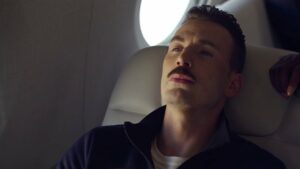 Then there’s what a reported $200 mil budget in the hands of the directors of Captain America: The Winter Soldier (that’s a much better movie, granted) can do: the biggest bangs, the most elaborate action set-pieces, the swoopiest drone-assisted camera moves. Some of that just seems like pointless Michael Bay-esque  nonsense — doing it because they can, not because it actually brings much to the proceedings — and they seem to misunderstand one of the prime tenets of those other, genre-leading franchises: the more practical effects and the less CGI, the better. 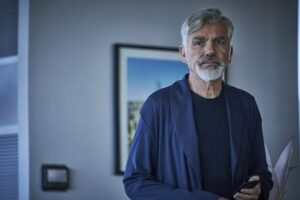 But there’s also a care to the production design, the choice of music on the soundtrack, and a deft hand in the editing that has this thing occasionally approach the je ne sais quoi that made the first season of Killing Eve a lot of fun — just with more dudes and 10 times the budget.

If Six’s flashbacks to underlying daddy issues are a tiresome effort to inject Gosling’s bored-man performance with psychological depth, it doesn’t ruin the fun. Neither are the surfeit of loose ends, plot threads presumably left to tie up in possible sequels. 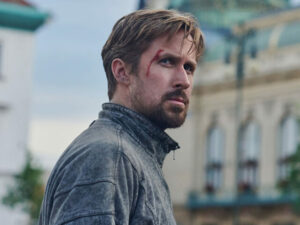 Like Extraction from 2020, this is another slab of Netflix action product starring an MCU veteran and involving the Russos — a reasonable summer genre piece with enough surprises to hold the interest. On the big screen it would probably really impress. On Netflix it’s an OK way to while away a few hours on a Saturday afternoon.