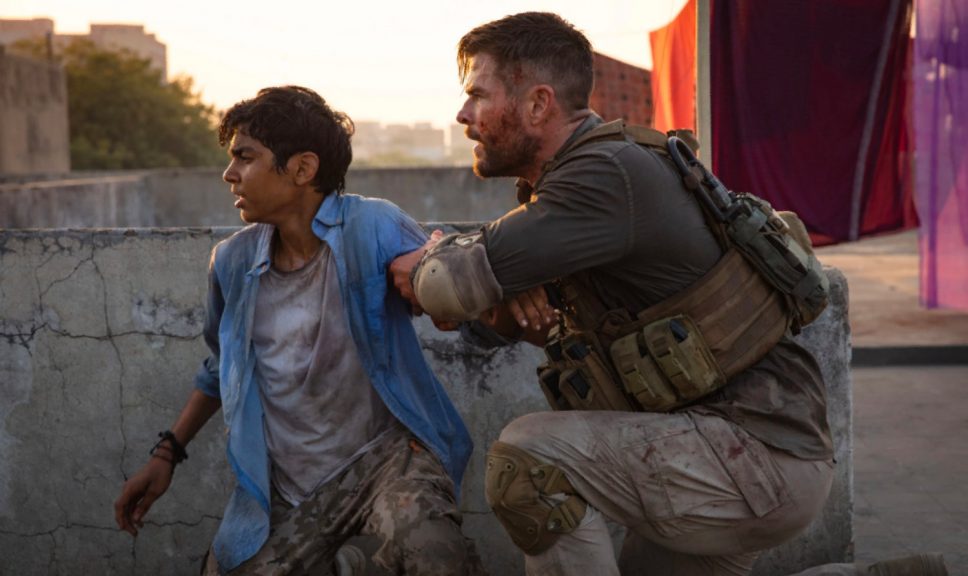 Directed by Sam Hargrave | Written by Joe Russo, Anthony Russo, and Ande Parks, based on the graphic novel Ciudad by the Russos, Parks, and Fernando León González | 116 min | Netflix 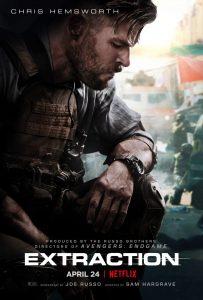 Before we all get back to seeing things in the cinema, we’re going to have films released on demand or on streaming services we wish we could’ve discovered in the big screen. This is one that was never intended for a theatrical release, but nothing I’ve seen on Netlfix since Roma has more deserved a widescreen presentation than Extraction. 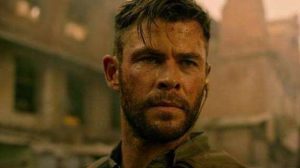 Yes, this is a big-budget action extravaganza, paced and pitched somewhere between Bourne and John Wick — with vertiginous, hand-held camerawork not a far cry from what Paul Greengrass patented in the former, and a similar stunt-coordinator-turned-director aesthetic as the latter. The choreographed sequences of brutal gun-fu and hand-to-hand combat are beyond impressive, with a terrific use of location —the crowded, chaotic streets of Ratchaburi, west of Bangkok, doubling for Dhaka. 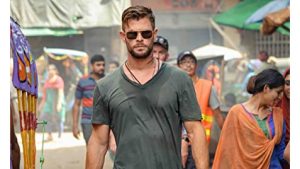 The high point comes early, at the half-hour mark — a sharply computer-stitched continuous shot going on and on, a symphony of car-chasing, truck-slamming, face-shooting, camera-swirling, adrenalin-pumping hostility.

Chris Hemsworth is the excellently named Tyler Rake — just like the garden implement as someone in the film mentions, which he also uses at one point to skewer a dude’s skull. He’s a nearly indestructible mercenary with a death wish, natch’, who’s sent in to rescue a 15-year-old, Ovi (Rudhraksh Jaiswal), son of the biggest drug dealer in Mumbai. The kid’s been kidnapped by the biggest drug dealer in Dhaka. Bad blood between them, apparently.  Complicating matters is Saju (Randeep Hooda), who works for the kid’s father, but is motivated by fear for his own family rather than loyalty. 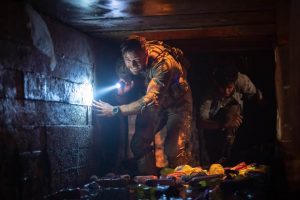 The movie doesn’t pause often, but when it does it has time to explore the fraught relationship between violent men and their sons — the sins of the father, that sort of thing. Hemsworth and Jaiswal have some nice moments together, and David Harbour makes a welcome, if brief, appearance. Golshifteh Farahani is especially good as Rake’s ice-cold handler, Nik — I’d be thrilled with a sequel that bumped up her role. 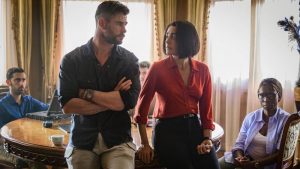 This said, we’re not quite at the Wick level of universe building and plot twisting, and the movie does a disservice to its audience when an ostensible antagonist is suddenly trusted to do the right thing at the end of the second act. There’s also a thesis to be written about how First-Person-Shooter video games are having a dehumanizing impact on the camerawork in action cinema.

But the quality of the locomotion is such with Extraction you just strap yourself in for a ride. For those who appreciate such things, this is a solid example of genre. Call it high-end mayhem.