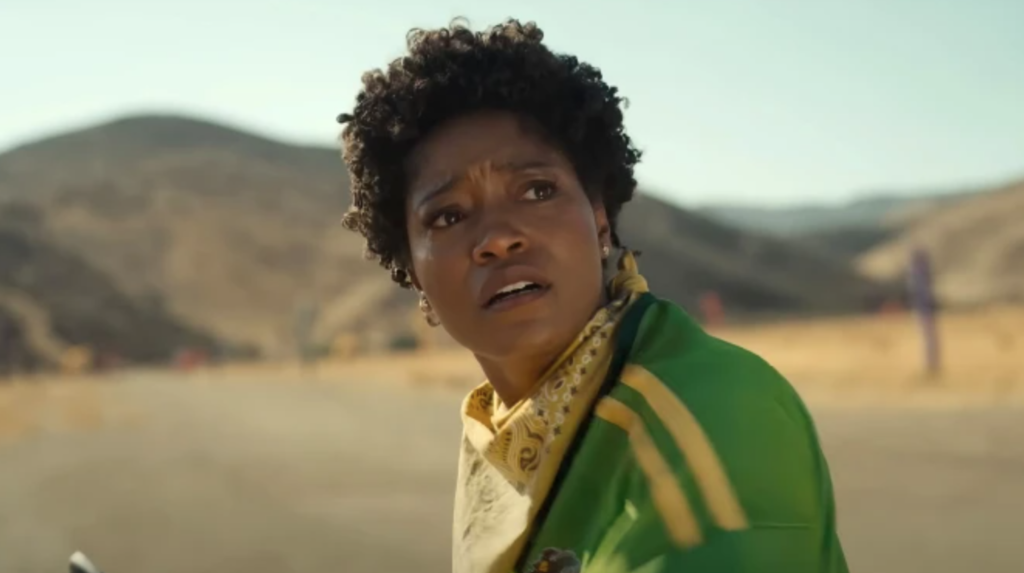 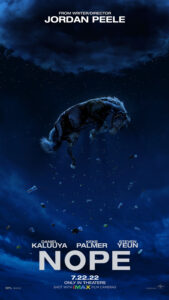 This is the blockbuster we’ve been waiting for in the summer of 2022.

It’s an impressively original story unrelated to a franchise or a sequel or prequel, the new horror from Jordan Peele — the filmmaker behind Get Out and Us — who is rapidly proving to be a fully rounded auteur, someone with all the storytelling gifts required to make his every feature an event. I’m thrilled to say, as someone who liked Get Out a lot but found Us a bit haphazard in comparison, this third film is a hugely enjoyable movie, rife with mystery and plenty of scares. 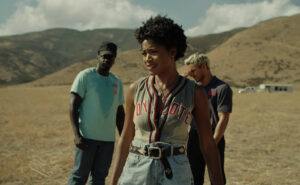 Now, I say it’s an original story but Peele’s not without debt to the better American genre filmmakers of the past, certainly Steven Spielberg in Close Encounters mode, or John Carpenter and his classic, The Thing. The parallels with M Night Shyamalan’s better work are also manifold, but while Nope shares some thematic concerns with those predecessors and peers, it’s really its own beast.

The film is set largely in a desert valley in California driving distance from Hollywood where the Haywood horse ranch is located, along with a neighbouring western family fun park, Jupiter’s Claim. The Haywood family have been horse wranglers to Hollywood for generations, but with the untimely death of patriarch Otis (Keith David), Otis Jr, also known as OJ (Daniel Kaluuya), has taken over, but business isn’t so great. His sister, Emerald (Keke Palmer), has her own business going on but is supposed to still be prioritizing the family — though not enough for OJ. It looks like they might have to sell the ranch. 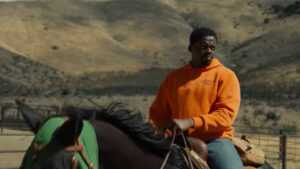 Weird things have been going on in that valley — stuff falling from the sky and horses being sucked up into the clouds. The guy who runs Jupiter’s Claim, Ricky “Jupe” Park (Stephen Yuen) has also noticed this. He’s a former child actor who years ago worked on a sitcom where a chimp went crazy and mauled the human actors on set. Ricky was spared, but why he was spared is one of the things we in the audience have to piece together. In the intervening years, Ricky may not have.

But it’s a lesson OJ has learned working with animals — what fear does to them. He’s the first one to piece together the true nature of the presence in the sky, and how to not provoke it. 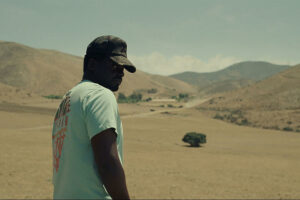 Kaluuya plays OJ very cool, like your classic western hero, while Palmer gets to be both funny and the audience surrogate and say a lot of things we might be feeling. Classic ’90s bad guy — I’ll always remember him in The Crow — Michael Wincott, the man with the growliest voice in Hollywood, gets a nice role as crusty cinematographer Antlers Holst, and Brandon Perea is Angel, the IT guy who helps out with the Haywoods’ efforts to film the weird stuff going on at and above the ranch — which may give them the chance to save their homestead.

There’s a lot to unpack in Nope. On the surface it works as an alien invasion picture, a horror, and even a neo-western, but it has things to say about the ecosystem of Hollywood, the ways in which it’s changed over the years and how it hasn’t. We’re foolish not to think about how as an audience we relate to the exploitation and the exploited as we choose our entertainment. 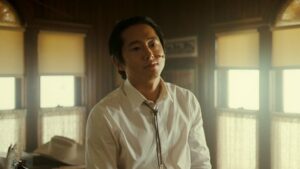 Peele, as we’ve seen with his previous two features, appreciates a healthy polemical allegory. Here it’s a little less obvious but plenty potent nonetheless. The characters’ relationships with animals in  his film illustrate the connection between oppressor and oppressed, but also speaks to the historical relationship in America between white people and minorities, the generations of systemic racism and the slavery it was built on. 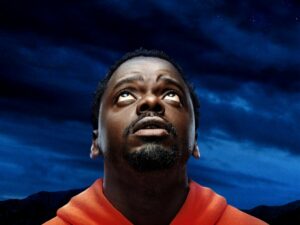 There’s also something here about wanting to exploit attention and spectacle for cash. That lesson loops back to what the business of show is built on, even for those on the margins. This need to exploit a power beyond their control comes back to bite some characters on the ass, for sure. 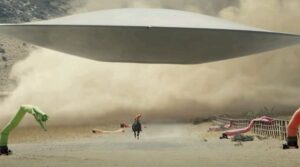 All of which should give you plenty to talk about on the way out of the theatre — not to mention the interesting use of Corey Hart’s “Sunglasses At Night” in a key scene — but at the end of the day Nope is a terrific, well-made, and unpredictable genre picture, which is more than I can say for almost any other movie I’ve seen in cinemas this summer.