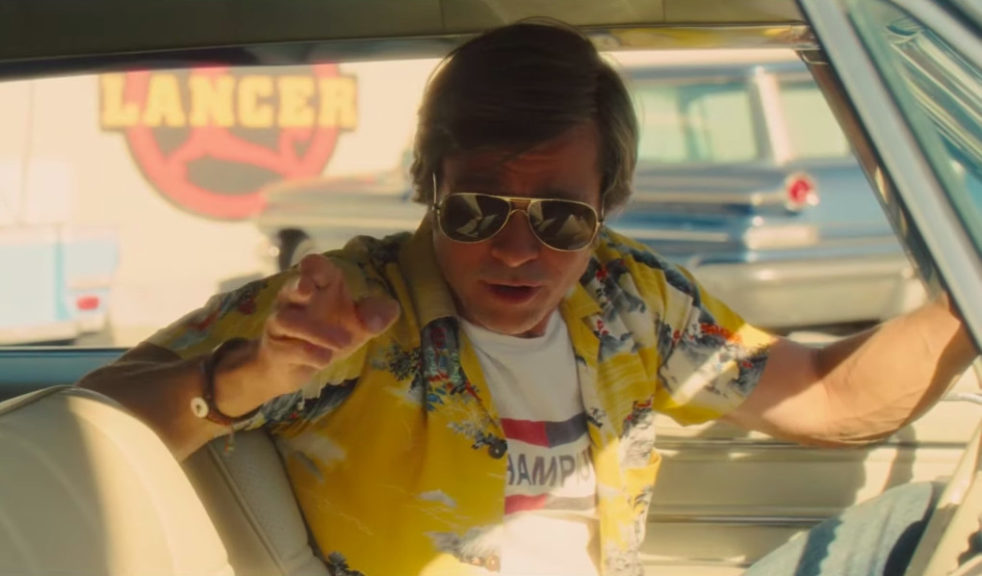 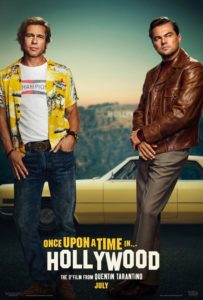 We all know Quentin Tarantino loves movies, and that he makes movies about movies. With his ninth feature, he’s also telling us he loves television, and the cheesier American pop culture of the 1960s. In this long, languid production, probably best described as a comedy, he digs into a deep nostalgia for the Los Angeles of his childhood while offering hints that the film may be a more personal effort than some of his past work. Much of it is dreamily appealing, but it’s also an eight-course meal that leaves a bad aftertaste. 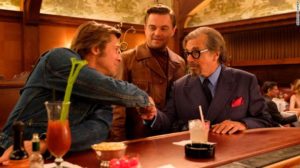 Rick Dalton (Leonardo DiCaprio) is a TV actor who took five years to rise, 10 to plateau, and is now seeing things fall away. He found fame in a series called Bounty Law and a war picture called The 14 Fists of McClusky—we see a scene from the movie that’s strangely indebted to the conclusion of Tarantino’s 2009 war fiction Inglourious Basterds—but all he’s getting these days are guest roles as the heavies in various TV series. He gets an offer to make westerns in Italy, but the idea doesn’t appeal. His good buddy and employee, stunt double Cliff (Brad Pitt), is a stalwart supporter of Rick’s, a lot less anxious, and a lot more up for new opportunities. Meanwhile, Rick has new neighbours—filmmaker Roman Polanski and his new bride, Sharon Tate (Margot Robbie)—flush with love and Hollywood success. And so Tarantino mixes his fictional characters with non-fiction, but we know he’s not one to let the facts keep him from a good yarn. 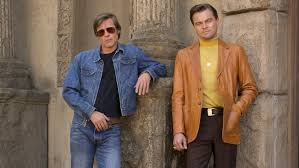 La La Land and Almost Famous couldn’t be less Tarantinoesque, yet both are owed an aesthetic debt by Once Upon a Time … in Hollywood. Tarantino fills the frame with posters, colours, fashion, and wall-to-wall music and radio DJ chat to set us in the era of big cars and go-go boots, packed with sly references for the movie fan. For the bulk of the running time, this is a hang-out movie, in no hurry to get to much of a plot. The counterpoint of Rick’s voluminous self-doubt with Sharon’s shining lightness brings a kind of balance. 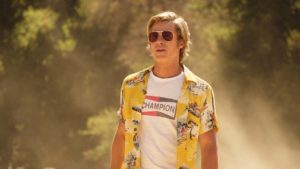 But nothing balances Tarantino’s self-indulgence with letting his scenes linger a lot longer than is necessary. Yes, this is one of his signatures, but where he made it work in his last two westerns, Django Unchained and The Hateful Eight, he pushes it too far this time. For example, as Rick struggles with his confidence we get a scene that should’ve found its way to the cutting room floor where he gets choked up talking to a child actor (Julia Butters), followed by an even longer one that supposedly apes the shooting of a TV western he’s guesting on opposite another cowboy actor (Timothy Olyphant). Of course, they’d never go so long without a cut—this feels more like Deadwood than any era-specific show—but this is Tarantino’s on-set fantasy. Then there’s a subplot where Cliff picks up a hippie girl (Margaret Qualley) and takes her back to a weird ranch where he gets a chilly reception from her pals, but he sticks around to pay respects to a former employer (Bruce Dern). There are tangents here that are deeply inessential. 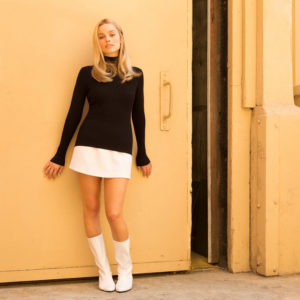 I’ve never been the world’s biggest fan of DiCaprio as a leading man, but as Rick he helps ground this rambling narrative in an emotional place. He brings an insecurity bordering on the pathetic—it’s funny and sad, sometimes both, depending on the scene. Pitt maintains an attractive cool, flexing his unquenchable movie star charisma. They’re supported by a galaxy of stars, fading and flashing, including Al Pacino, Michael Madsen, Luke Perry, Lena Dunham, Maya Hawke, Dakota Fanning, and Kurt Russell. Damien Lewis isn’t especially good in a single scene as Steve McQueen, but Mike Moh does a convincing, if unflattering, Bruce Lee impersonation. 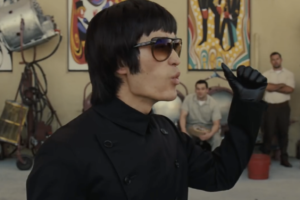 There’s an argument to be made that Rick Dalton is Tarantino’s proxy, a showbiz product concerned about his legacy who admires and envies the artists who live next door, wishing he had their special magic. It’s also possible Tarantino is offering a treatise on the prevalence of violence in American culture, and Hollywood’s responsibility for it, but I’m not sure I’d give him that much credit.

There’s plenty here to enjoy, but what brings the whole production down is a mean streak of misogyny. The women in Tarantino’s ’60s fantasy don’t come across with much agency, from a greasy, unpleasant gag concerning the disposition of Cliff’s ex-wife to the inevitable bloodbath we all know awaits in the last act, featuring brutal on-screen violence done to young women. As the lead female character, Robbie doesn’t really have much to do beyond being fetching and blonde—she’s as much an object as a person. This weak shit hasn’t always been the deal with Tarantino, if you consider Jackie Brown and The Bride, which makes it doubly disappointing.