Let’s get this out of the way right from the start: This is in no way a “good movie”.

It’s been made by filmmakers who have solid work in their past. Director Campbell directed two classic 007 James Bonds in 1995 and 2006, Screenwriter Wenk wrote a half-decent Magnificent Seven remake and the Denzel thriller, The Equalizer. 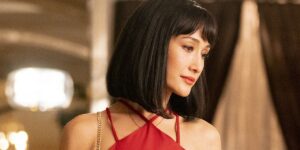 But, this effort has major plot problems, some dodgy dialogue, and the fact it was largely shot in Romania, while being also supposedly set in the UK and Vietnam, gives the whole production a weird artificiality.

Going for it are Maggie Q, Sam Jackson, and Michael Keaton, who bring a lot of energy to their roles, and the movie’s overall commitment to the spy/assassin milieu. It’s shoddy, ridiculous, and occasionally stupid, but there’s enough here to entertain an undemanding genre fan. 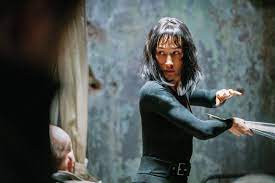 Maggie Q is Anna — which is a little weird because there’s another recent assassin movie called Anna from Luc Besson. Not to be confused with Jessica Chastain as an assassin in Ava.

Anyhoo, Anna was adopted by hired killer Moody (Samuel L Jackson) back in the early 90s in Vietnam after she killed a bunch of bad men. I guess he sensed a kindred spirit because he raised her to be a badass, which she certainly is. They work together to find and kill people who are very hard to find and kill — crime bosses, mostly. She’s also got a sideline as the owner of a rare books store in London and likes to bake in her downtime. Life is pretty good for Anna and Moody, though at 70 he’s feeling under the weather, and is making noises like he might not have long left in this world.

Turns out he’s right, but it’s because he gets murdered. 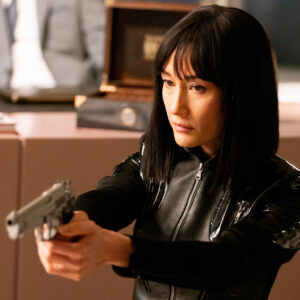 Anna realizes Moody was looking into some old business back in Vietnam, which leads her to Rembrandt (Michael Keaton), who works for a mysterious bad guy who does terrible things in South East Asia. She also finds a little help in country in the shape of an American biker, Billy Boy (Robert Patrick).

So, as I indicated above, you pull on pretty much any plot thread here and it’s going to unravel, and some of that is laughable. For whole segments of the film it’s unclear what country we’re in because the infrastructure, or flora and fauna, don’t match, or the sets are so generic you never have a decent sense of location. And Anna’s motivation to go through with her hunt for Moody’s killer, well, let’s say there’s a second act development that should largely end any reason for her to continue, and yet she does. 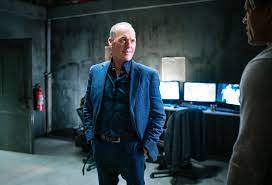 All that said, I have to admit there’s something comfortingly old-school about this movie, which, along with some decent action sequences, and because it doesn’t take itself too seriously, makes it watchable. 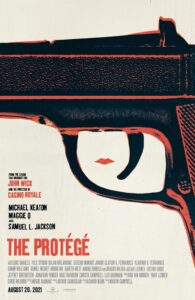 That and the performances. Jackson is so relaxed — this kind of role is right in his pocket, while Maggie Q and Michael Keaton have decent sexual chemistry on camera, though the fact he’s almost 70 and she’s in her early 40s is one of the old-school traditions this trashy thriller could’ve used less of.