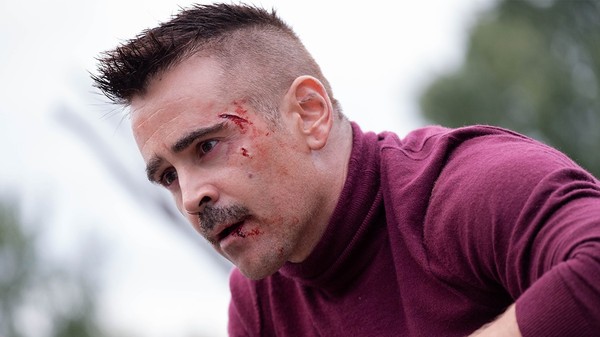 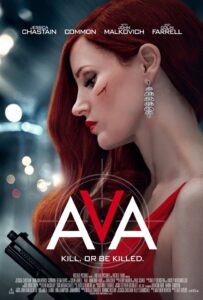 Buried in this script is a dazzling bit of espionage jargon borrowed from B2B marketing. It’s the suggestion that an agent is “client-facing.“

Such signs of sparky ingenuity in the script are disappointingly intermittent given the wealth of talent in front of the camera. Action and espionage cinema fans might find enough here to enjoy — especially with this eminently watchable cast — but otherwise Ava is not special. 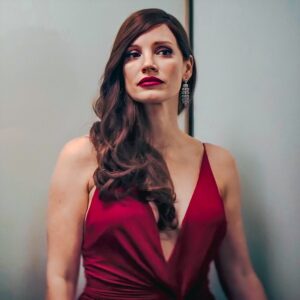 Ava (Jessica Chastain, also producing) is a trained international assassin. She’s looking for some larger reason for all the killing that comes with her gig — she’s asking her targets what bad thing they did before she puts their lights out. That’s a professional no-no.

Then there’s her history as an addict, her subsumed daddy issues, and a difficult relationship with her sister, Judy (Jess Weixler) her sister’s boyfriend, Michael (Common), and her manipulative mother, Bobbi (Geena Davis). 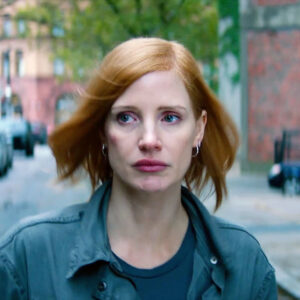 When an assignment in Riyadh goes bad, Ava has to kill a whole lot of Germans — you’ll understand why just Germans when you see it. Ava’s handler, Duke (John Malkovich), has her back, but his boss, Simon (Colin Farrell, weirdly) considers her a liability. Simon’s daughter (Diana Silvers, from Booksmart) is also a badass assassin, standing by with suggestions of her own resentment.

We get competing beats here — the tale of a capable-but-troubled international assassin and her complicated Bostonian family life. These don’t need to be mutually exclusive, but it becomes clear when we learn Michael has a gambling problem and owes a lot of money to a nightclub owner named Toni (Joan Chen, great seeing her on-screen again) that Ava’s physical skills are going to become useful for a bit of urban pacification. Unfortunately, the family stuff is nowhere near as compelling as the international assassinations. 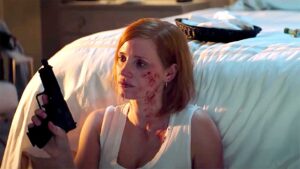 Which isn’t top flight either, if I’m  being completely honest. Taylor, the filmmaker behind such gripping action extravaganzas such as The Girl On The Train and The Help uses choppy editing to help hide the fact that despite Chastain’s obvious athleticism the fight choreography never gets above ordinary. You’d think that after Paul Greengrass’ Bourne movies or Steven Soderbergh’s Haywire, the high-water mark for female-led versions of the genre, filmmakers would’ve learned what works and what obviously doesn’t. Also, those examples reserved enough of a budget to actually shoot in international locations that the genre demands. Ava was all shot in Boston, which makes for an unconvincing Paris. Or Saudi Arabia, for that matter.

A late-arriving streak of conservatism doesn’t serve the movie well, either — it’s that hoary old trope that the mother is all that’s sacred, cropping up in a movie about a lot of bad fathers. How convenient. 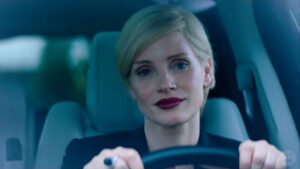 But what Ava does have going for it is Chastain’s commitment, Malkovich’s weirdly euro-trashy vibe (for an American actor), Common’s intensity, Davis’ experience, and Farrell’s moustache. All that ain’t nothing.