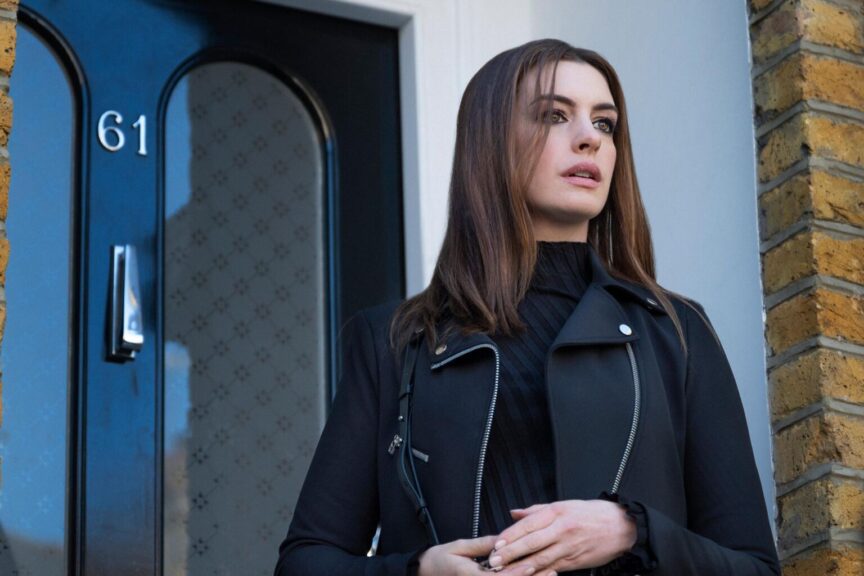 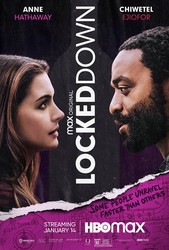 Let’s take a look at the filmography of the key creatives behind the camera of Locked Down, the first big feature to directly address the Covid-19 pandemic:

Director Doug Limon is probably best known for having directed The Bourne Identity , Edge of Tomorrow, and Mr and Mrs Smith. While you’ll notice parallels to the latter film here, this is less a bloated blockbuster, more a comedy of manners — more akin to the two-hander of Swingers, his stylish second feature.

Steven Knight wrote it — creator of the series Peaky Blinders, and writer and/or director of excellent Brit genre exercises Dirty Pretty Things, Eastern Promises, Redemption, and Locke. This is a lot lighter-going than any of those, but it’s also long way from Knight’s other Anne Hathaway-starrer, the unloved and ill-advised Serenity from early 2019. 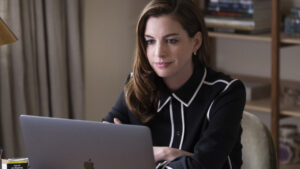 Locked Down isn’t especially indicative of any of their previous work, but it’s good to recognize this is a stretch from two very different, established storytellers, working together for the first time — the American action helmer and the British noir veteran. Together they’ve conceived a breezy character study, a modern comedy  that manages to appeal mostly through the presence of its two leads and a playful perspective on pandemic-perpetuated personal progress. 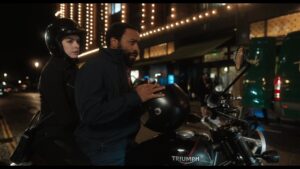 When they met 10 years before she was impressed by his outlaw, motorcycle-riding persona, but now he’s been beaten down by bad luck and a crappy job, his wild days behind him. She’s also unhappy in her gig as an executive in a media job — it forces her to use the pandemic as an excuse to fire staff who the company had planned in advance to make redundant. 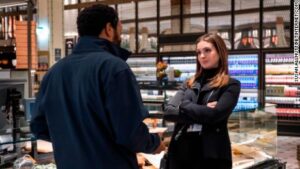 But mostly, they’re bored. They’re bored with their privileged lifestyle, and it’s easy to judge them accordingly. I probably would in real life, but here they’re entirely fetching and frequently witty as they, independently and together, break down their calcified identities and find some viscous and essential truth underneath, some connection to their best selves — even if that means embracing addictions and long ignored passions. All of this with a stellar group of thesps in support, though mostly on Zoom, starting with Ben Kingsley tapping into his Don Logan-Sexy Beast persona as Paxton’s boss, Ben Stiller as Linda’s boss, as well as Mindy Kaling, Dulé Hill, Jazmyn Simon, Mark Gatiss, Sam Spruell, Stephen Merchant, Lucy Boynton, and in top, sleazy form, Claes Bang. 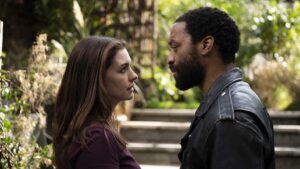 And yes, it does inevitably become a heist picture later on as the valuables from major department stores in London — we get a tour of Harrods’ food hall — need to be removed and transported before the building closes. Here’s where our deeply stuck couple and their resolutely low stakes — I mean, all their problems barely amount to, as they say, a hill of beans — decide whether to liberate a £3 million diamond. And that’s where a few reckless plot holes steer the narrative vehicle off the road of plausibility and into the ditch of ridiculousness. But, I suppose, weirder things have happened. 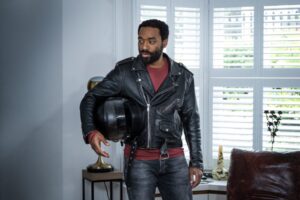 And, despite all this, my affection for the picture didn’t waver. For a non-demanding night in as we approach 12 months living in a pandemic, there are far more unpleasant ways to spend your time than with these two entirely winning performers dashing out witticisms on the regular. You might even vicariously relish their rediscovery of personal freedom through a victimless crime, prompting the question of whether you’d do the same thing in their shoes.