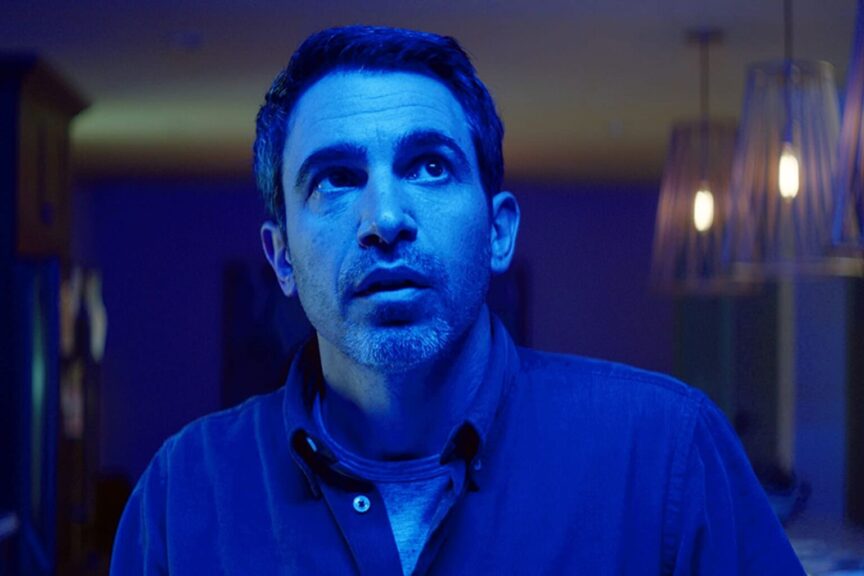 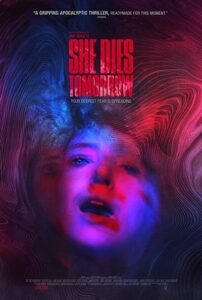 “Amy thinks she’s dying tomorrow…and it’s contagious.” That’s the tagline on the IMDB page for this picture, and it nicely sums up the central conceit. Semetz’s film is an  absurdist and surreal horror, droll in its soundtrack cues and creative visuals. It’s like she bit down on David Lynch, chewed a few times, and used the multicoloured mulch to paint a whole new picture. 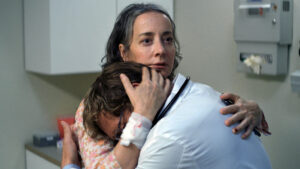 Kate Lyn Sheil is Amy, devastated after the break-up of her relationship with Craig (Kentucker Audley). Deeply morose, she starts drinking and listening to classical music on repeat. Her friend, Jane (Jane Adams), comes by and Amy insists that tomorrow she’s going to die. Like a hypnotic suggestion, Jane gets the same idea that she’ll also be expiring the next day. Jane stops by the birthday party of her sister in law, Susan (Katie Aselton), who hates her — her brother, Jason (Chris Messina) is a little kinder. Their guests are Brian (Tunde Adebimpe) and Tilly (Jennifer Kim). They all pick up the existential contagion. 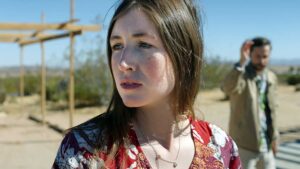 This while we check in with Amy, with flashbacks to her brief, intense relationship with Craig. We also get support from Josh Lucas as an ER doctor and Adam Wingard as a character named Dune Buggy Man, and look out for Michelle Rodriguez who shows up in the late going. 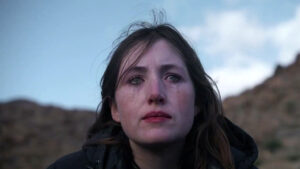 I’ve enjoyed the reviews of the film that can’t reconcile Seimetz’s obvious tongue in cheek story beats with the moments of deep, heavy melancholy and raw emotion when Amy stares into space and weeps. The filmmaker’s grasp of tone is excellent, even if it  may befuddle some in her audience. She’s not offering much in the way of resolution — nobody actually dies, which shouldn’t be much of a spoiler — but the meditation on the fact it could happen tomorrow, for any and all of us, is enough to seed the horror, along with the chucklesome shrugs that are often the only reasonable reaction to staring into the abyss. Just like when Jane’s being treated by hunky Doctor Josh Lucas for her wild paranoia — she can’t help but comment on how good looking he is. 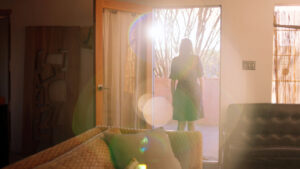 Does it apply an extra chill for suggesting the virus of ideas, of emotion, in the midst of a pandemic? If you want to go there, sure, but don’t bother — there’s a lot more going on here to divert from that particular allegory.