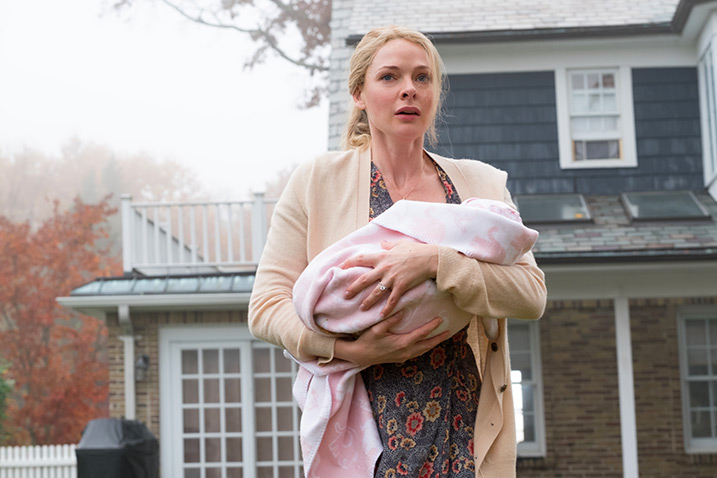 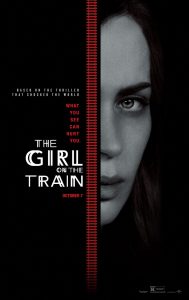 The best thing one can say about The Girl On The Train is that it commits. A wildly over the top melodrama with characters that barely resemble human beings, it’s a story about women who weep and gnash and plot, and the men who love/hate them. It’s being desperately marketed as this year’s Gone Girl, and though it shares with the David Fincher film a collection of unhappy, rich white people, one of whom isn’t above a spot of murder, it cannot reach the earlier film’s bonkers evil nor its pitch black wit. 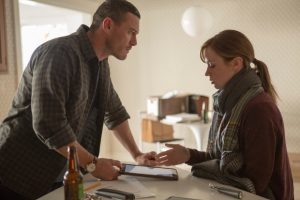 Three unhappy women are at the core of the film. Rachel (Emily Blunt, carrying what’s good in the film in her expressive face, with blotches added for effect), an alcoholic who rides the train from the comfortable hamlets north of Manhattan into the city every day as she grieves the death of her marriage to the douchey Tom (Justin Theroux, totally douchey), who was cheating on her with an icy Hitchcock blonde, Anna (Rebecca Ferguson, almost unrecognizable). Now he and Anna are shacked up with a baby. Just two houses down are Megan (Haley Bennett), another icy blonde, and her husband, Scott (Luke Evans in hunky mode). They like to have sex in front of the windows of their rambling home as the train goes by, in full view of miserable Rachel, who imagines Megan and Scott to have the perfect relationship. Not so: Scott is domineering and Megan is restless, lusting after her therapist (Edgar Ramirez). Laura Prepon, Allison Janney, and Lisa Kudrow round out the cast, all looking slightly appalled to be there. 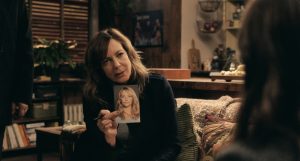 This is trashy, totally gloomy stuff, and if you were wondering why Tim Burton’s Miss Peregrine’s Home For Peculiar Children doesn’t feature his usual composer, Danny Elfman, it’s because he’s jumped on this train. The politics are also grim—all the women are convinced they can only be happy through having a child or being with a dude.

The set-up is delivered with a tired v/o narration by Rachel, getting off to an awful start. As it goes along it manages to get a little better, thanks to a few implausible twists that deliver some entertainment, leading to a bloody and laugh-out-loud finale where one character stabs a second with a corkscrew, and then a third twists it in. That’s the commitment I was talking about.