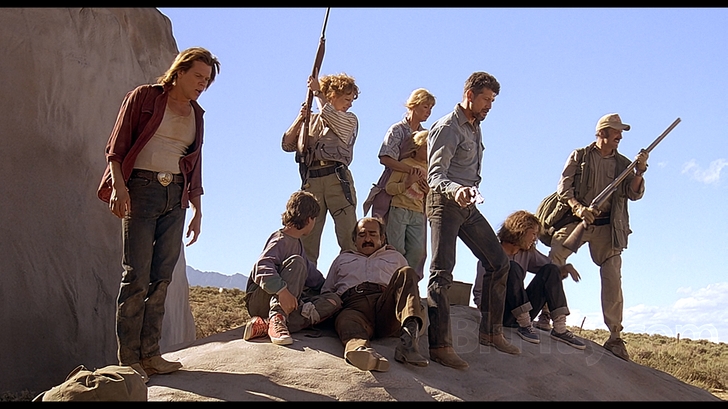 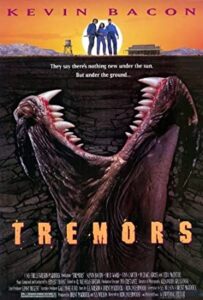 There’s a good reason Tremors has become a monster movie cult classic in the 30 years since its release and spawned a host of straight-to-video sequels, a one-season TV series, and even, recently, a pilot for Blumhouse that saw Kevin Bacon returning to his role of Valentine for the first time since the first feature, directed by Vincenzo Natali. Disappointingly, it didn’t get picked up by the American Syfy network.

But we still have the original, and it’s a peach. In a remote, desert valley town of Paradise, Nevada, two local handymen have had enough of their go-nowhere lives and are about to pull out, Valentine (Bacon) and Earl (Fred Ward). But their plans are sidelined by unexplained events, weird seismic disturbances, and the deaths of a couple of locals. It turns out there are enormous worm-like subterranean critters — what Val calls “Graboids” — looking to eat up everyone they can get their tentacles on. We might not be getting Denis Villeneuve’s Dune anytime soon, but if you’re looking for slightly smaller sandworms, look no further than Netflix. 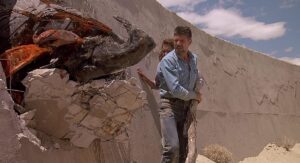 What makes this a cut above most other low-budget and campy comedy horrors is it satisfies on multiple fronts: the scares, effects, and gore are plentiful — when the graboids expire, they go with a lot of gushy orange goo. The sound editing is terrific even when the the slithering beasts are a little sock-like. And the locations are really well-chosen — gorgeous desert landscapes abound. 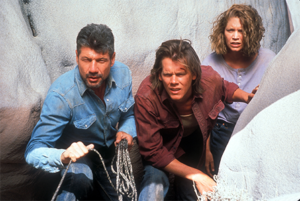 But what works best in Tremors are the characters, casting, and a terrific script — a masterful and  knowing balance of tone between chuckles and creeps. We get a solid community of multi-ethnic, multi-political Americans from the right-wing, gun-lovin’ survivalists Burt and Heather Gummer (Michael Gross and Reba McIntyre) to young researcher Rhonda (Finn Carter), to local businessman, Walter Chang (Victor Wong), to asshole kid, Melvin ( Robert Jayne). Everyone is vivid and memorable, and you can’t help but cheer and/or boo as the graboids, uh, grab them. 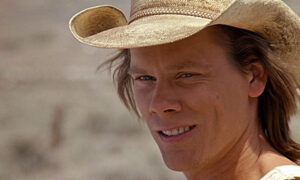 There’s even time for a character arc for Valentine about the value of having a plan, to look to the future, even if that means figuring out what’s happening on Wednesday when it’s Monday.