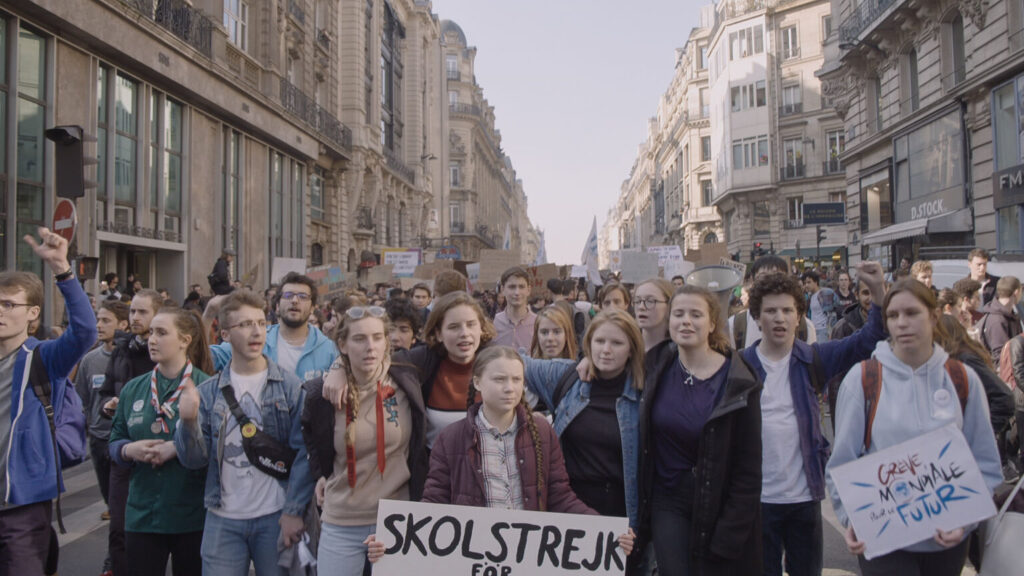 Directed by Nathan Grossman | Story editing by Olof Berglind, based on an idea by Peter Modestij | 98 min | Crave Plus 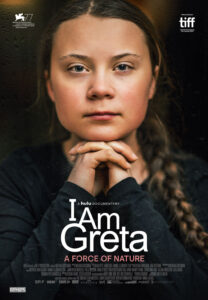 Greta Thunberg says she doesn’t want to be one of those people who says one thing and does something else. She sees enough of that in the politicians who claim to care about the climate crisis, but don’t actually enact any policies to change the status quo or achieve previously agreed-upon climate goals. This documentary leans in to her commitment to attract attention to her cause, but doing that it carries a strange tension. The film is about her and her astonishing, overnight celebrity, but that celebrity hinges on how she’s able to draw attention to her cause. It’s an interesting paradox that the film doesn’t entirely, satisfyingly, resolve.

Thunberg is extraordinary  — she’s got a remarkable ability to focus and an enormous courage, even if you put aside her living with Asperger’s. The filmmaker, Grossman, appears to have been with her since the beginning of her singular climate strike back in summer 2018, having shot footage of her attracting attention outside the Swedish parliament in Stockholm. It would be good to know how this began for him. Usually it’s better that a documentarian stay out of their own film, but in this case I would’ve welcomed some of him on screen, explaining his access.

Greta’s articulate about her cause in both Swedish and English, and it isn’t long before she’s being interviewed by journalists, invited to climate conferences in Poland, and then on to Belgium, France, and eventually sailing across the Atlantic to New York City. Her global profile makes her an easy target for prominent critics who don’t consider the climate much of a priority and are clearly threatened by her youth and ability to inspire people. 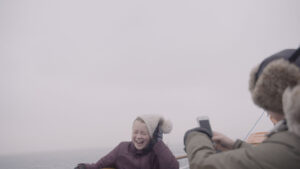 If you wondered whether Thunberg can still manage to be an ordinary teen, there’s plenty of evidence here. Her father, Svante, helps protect and guide her through the world, making sure she’s eating enough and staying on schedule. Apparently, she was so depressed by the enormity of the climate issue at one point she withdrew, refusing to speak to anyone outside her family and staying home from school for a year. You can see that her cause gives her strength to overcome some of those personal obstacles, while at the same time she misses her family and pets when it takes her away from home.

It’s an impressive backstage look at someone who has captured this moment and the world’s attention. I had more questions about Greta, about her family, and how she managed her condition growing up — the film is a little coy about specific details, perhaps to allow its subject whatever’s left of her privacy. 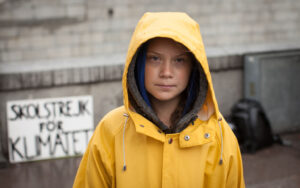 I expect Greta Thunberg herself won’t think too much of this film. It does what one of those politicians criticizes her of — it celebrates the individual and the way she’s inspired people to march, but doesn’t offer much insight as to what can be done for her cause.

But, thanks to her efforts, people are now engaged. Let’s hope that’s enough to inspire real change.